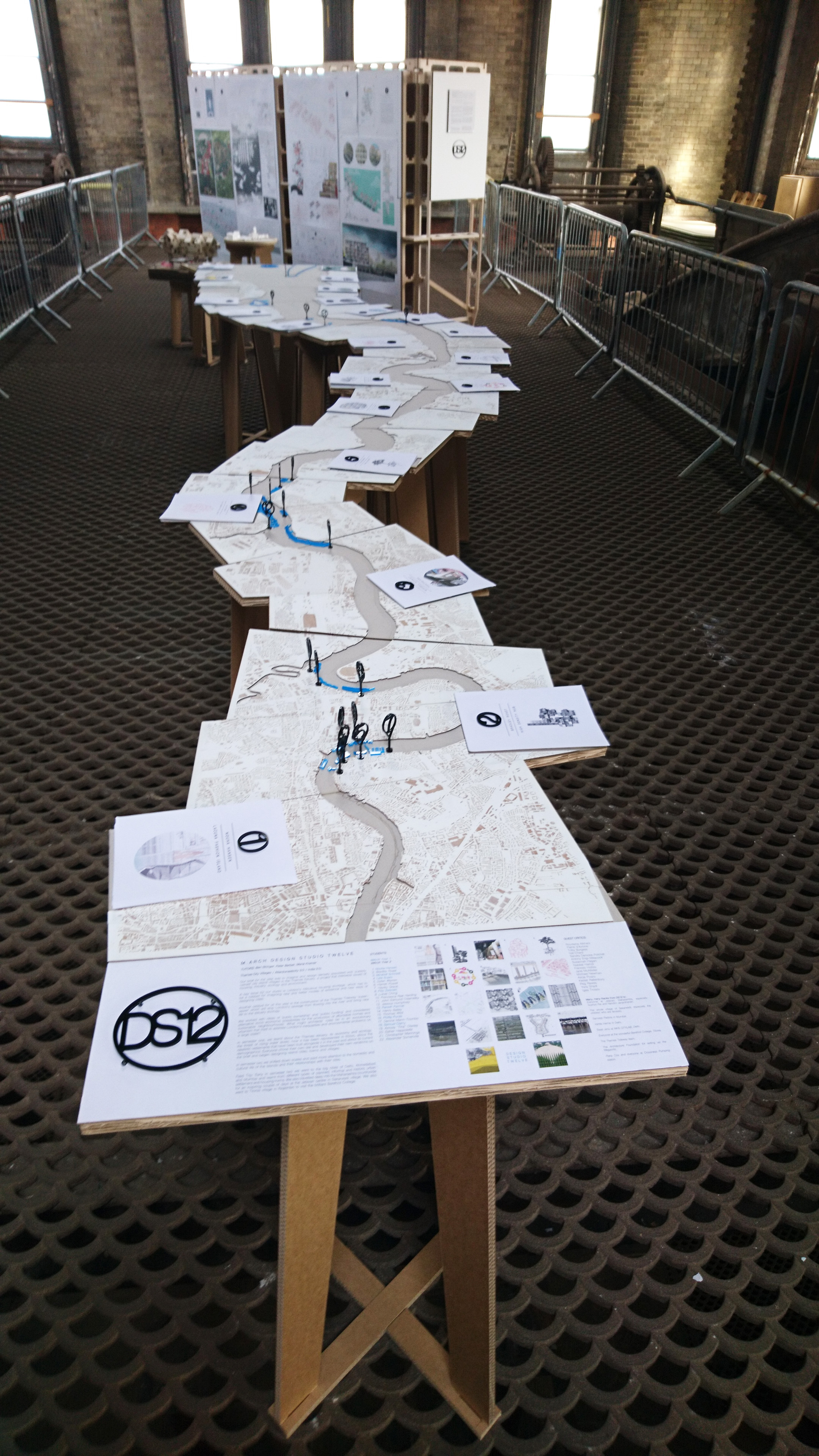 Cities on the verge: This year’s DS12 project will address the housing crisis, the place of industry in cities and the meaning of the countryside in the 21st century.
Our site will be Milton Keynes, a landmark of British Urban Design which is celebrating its 50th anniversary this year. It’s population and economy are expanding and pressure is growing to consider building on its open spaces. Including the verdant landscaped borders that line its spacious parkways and boulevards…………

It’s only half an hour from Euston, and house prices are low for Londoners. But rather than a dormitory for cash strapped young London commuters, we ask you to think of MK as an entity with its own creative trajectory, and a radical alternative to London rather than its satellite.

Many of MK’s original designers at Llewllyn Davis and MKDC were inspired by American cities, especially LA, and its suburbs. US systems theory sociologist Melvin Webber was an influential consultant, he foresaw the explosion of communications technology and envisioned ‘communities without propinquity’, liberated from many of the constraints of spatial and social segregation (riots in many major US inner cities were part of the background to this idealisation of suburbia in the US at that time). But most of MK’s main roads were landscaped in the style of a picturesque country park, delivering a sense of escape from the city, far from the urban scenography and convenience of an LA Freeway or boulevard.

When, post Brexit, we are ‘open for business’, with the rest of the world, how much will England’s beloved countryside change in order to compete with cheap global food imports? Will those concrete cows be the only ones left in Buckinghamshire? Where do you want your food to come from? Do you pay too much for your house and too little for what you eat? MK is a city threaded through with countryside. But what is the countryside for? and how should the city relate to it?

We ask you to deconstruct Milton Keynes’ form and cultural meaning at every scale from urban to domestic and then put it back together again as a city re-invented. What new ideals could be threaded through MK’s fabric to make it represent the future now and not just that of that of the 1960’s?

Site: Everyone in DS12 will be designated a road that traverses Milton Keynes, either E-W or N-S and then be asked to analyse and make a proposal for a complete redefinition of that linear site. So as a group we’ll end up with a grid of around 20 interwoven, interstitial linear proposals. An inherent complexity will be the junctions/roundabouts. What happens when two different types of urbanity, or rurality, collide? There’ll be some interesting negotiating to do.

Brief: You are asked to develop a programme and design that uses the available space in your strip for new approaches to housing, manufacturing and agriculture. What is made and grown here and how people live is up to you. We’ll ask you to orient your schemes toward groups of people that are poorly served by the current property system. We’ll also ask you to work with ideas of public ownership and funding in your design process (who’s going to pay for all this, and how?).

The idea is to address the issues raised by our study of MK as it currently is, as it was meant to be, and what it could become, at all scales from urban to domestic. But rather than sequentially shift down scales from masterplan to detail, we will oscillate between all scales all the time.

Semester one: We’ll begin with some mapping and drawing exercises and you’ll be asked to walk the full length of your road and beyond recording significant and seemingly insignificant details, which will become clues for analysis and design. We will develop our linear strips and work out their social and construction logics. We’ll produce lots of experimental maps and drawings. A key outcome for semester one will be at least one model comprising all individual linear projects connected to form a big lattice.

Semester Two: After our field trip which, subject to lots of things, may be to Hong Kong / China, we’ll continue to refine our project in detail at domestic urban and regional scales.

MK-HK? Were the 10,800 hectares of Milton Keynes to be populated at the density of downtown Hong Kong it would be a city of 6 million souls rather than the 250,000 that currently reside there.

Field Trip: There is the possibility of a field trip to Hong Kong, Shenzhen and Chinese villages. We have been talking about ideas for interaction with tutors and students from CUHK. The possible plan would be to compare MK with a much denser new town settlement built in Hong Kong at about the same time. And also to learn more about how new Chinese cities are being conceived and planned. We would also like learn about what city development means for rural Chinese people, so we’d like to visit a village or two. BUT this all depends on costs and timetabling etc etc