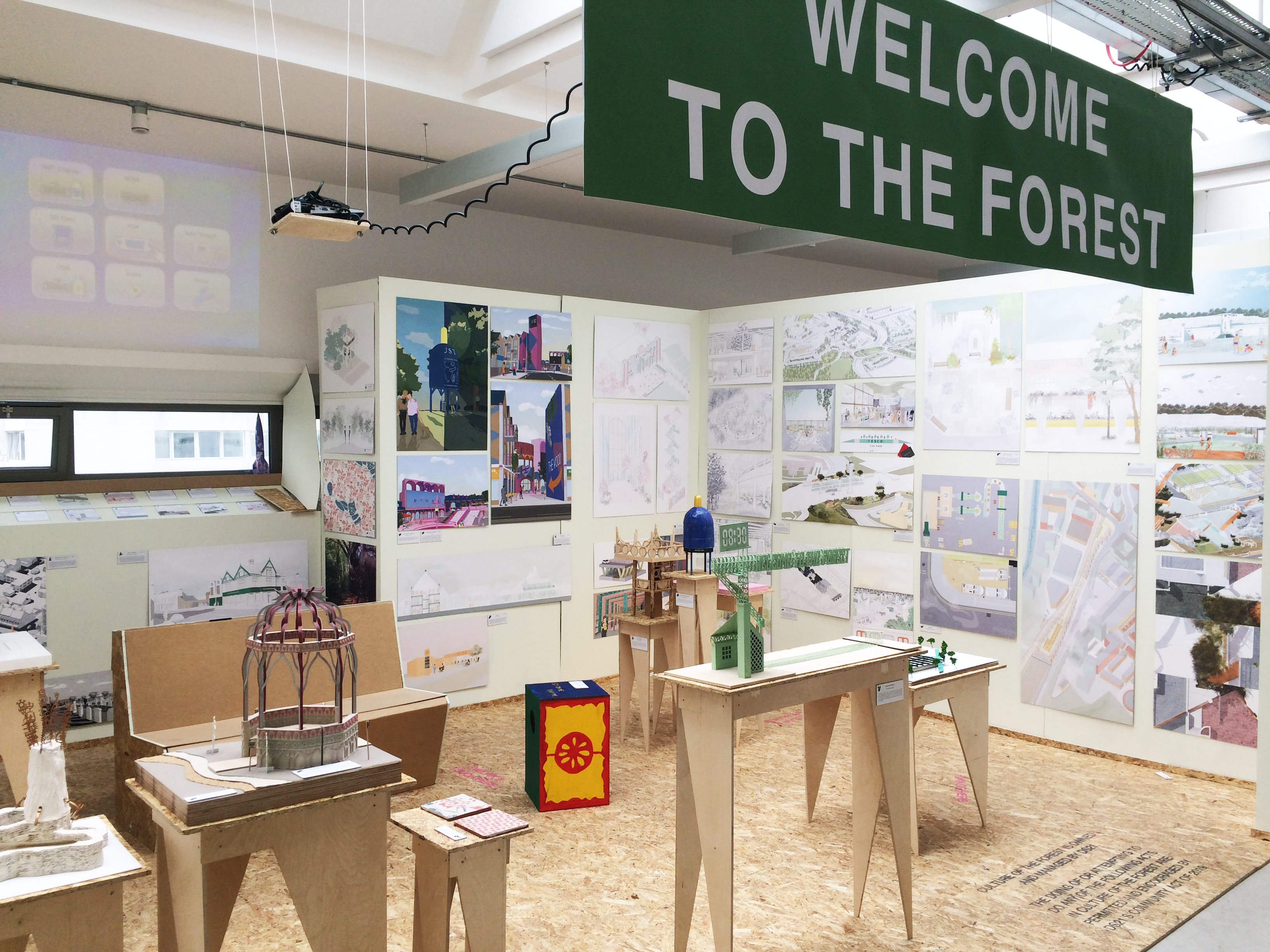 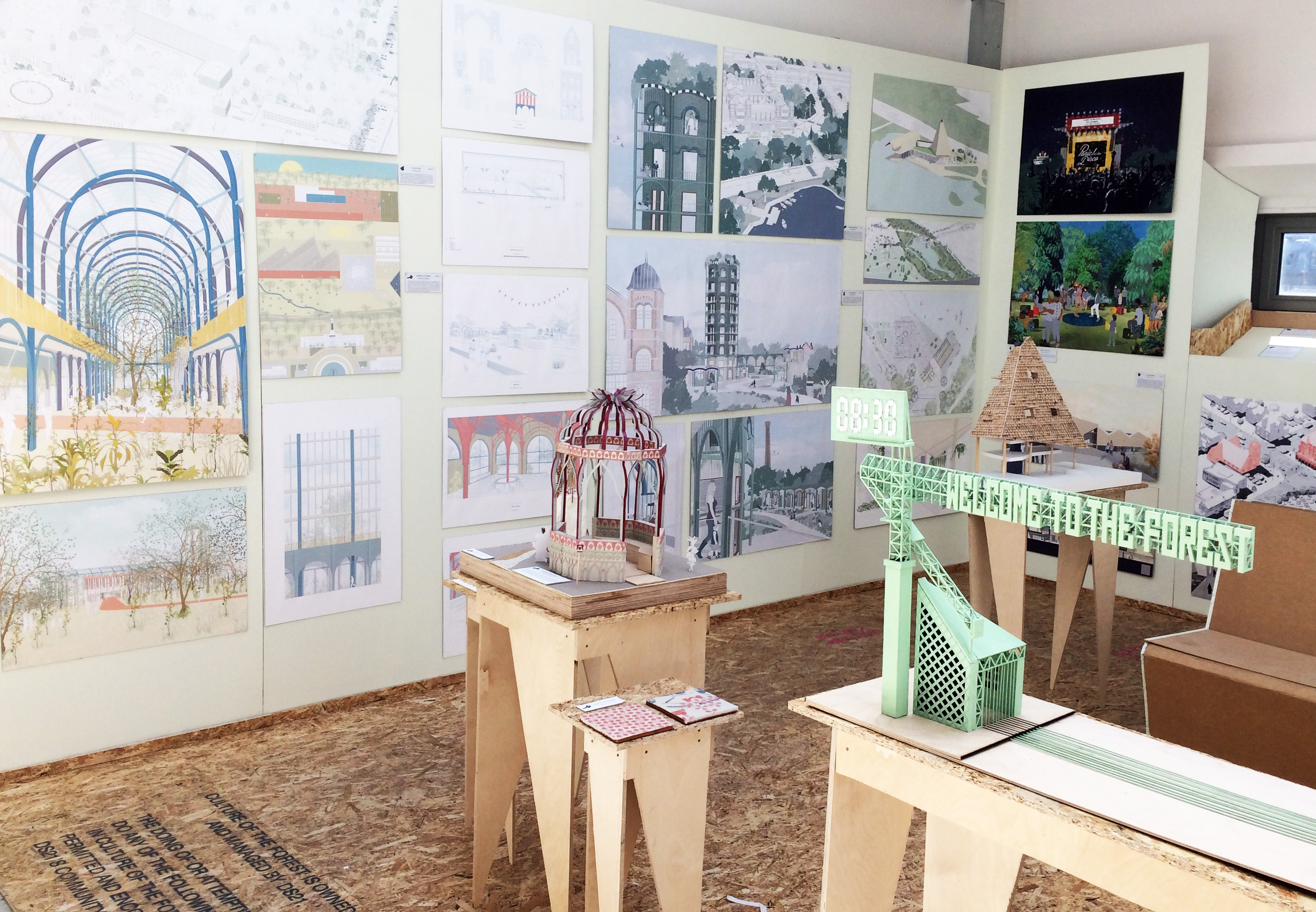 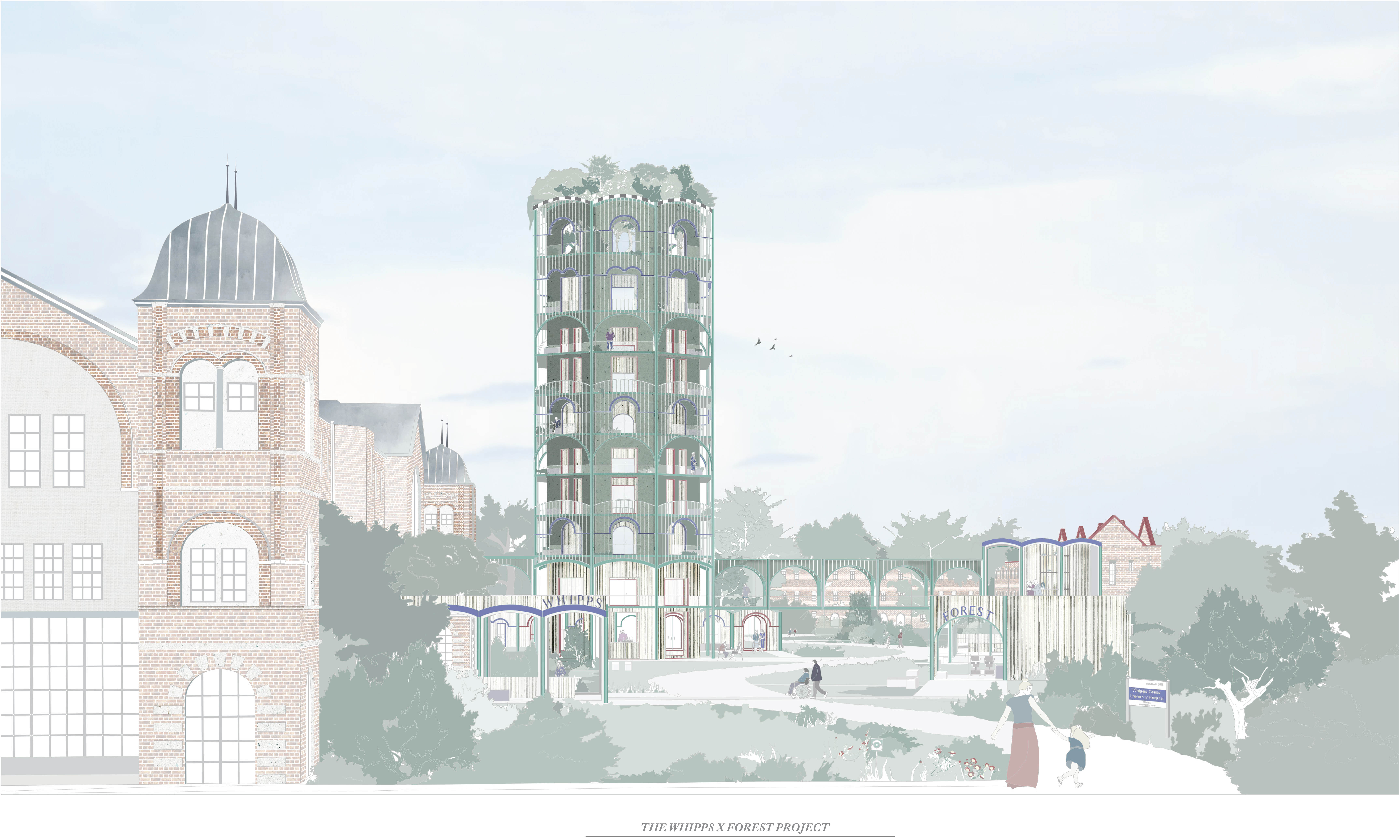 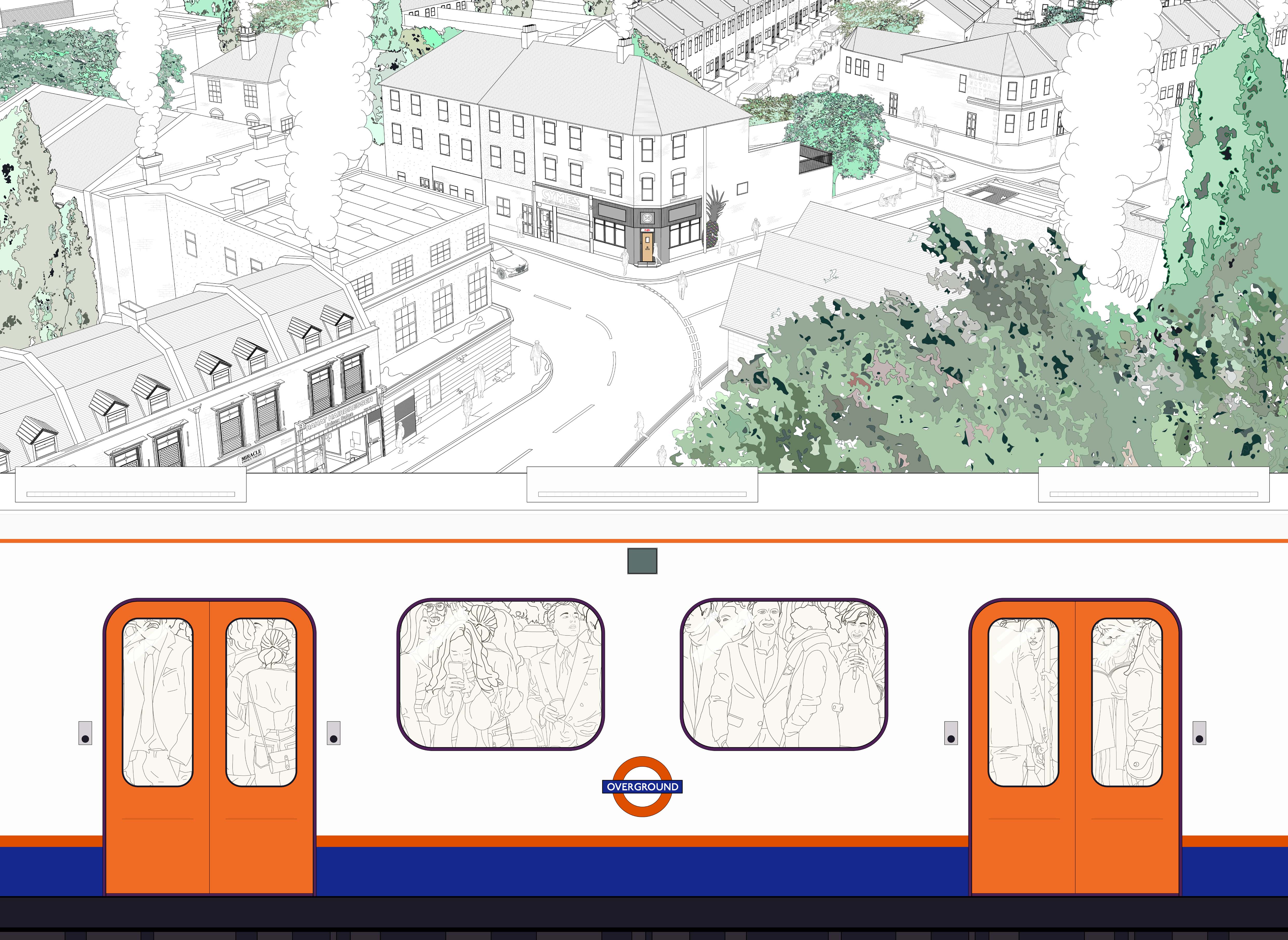 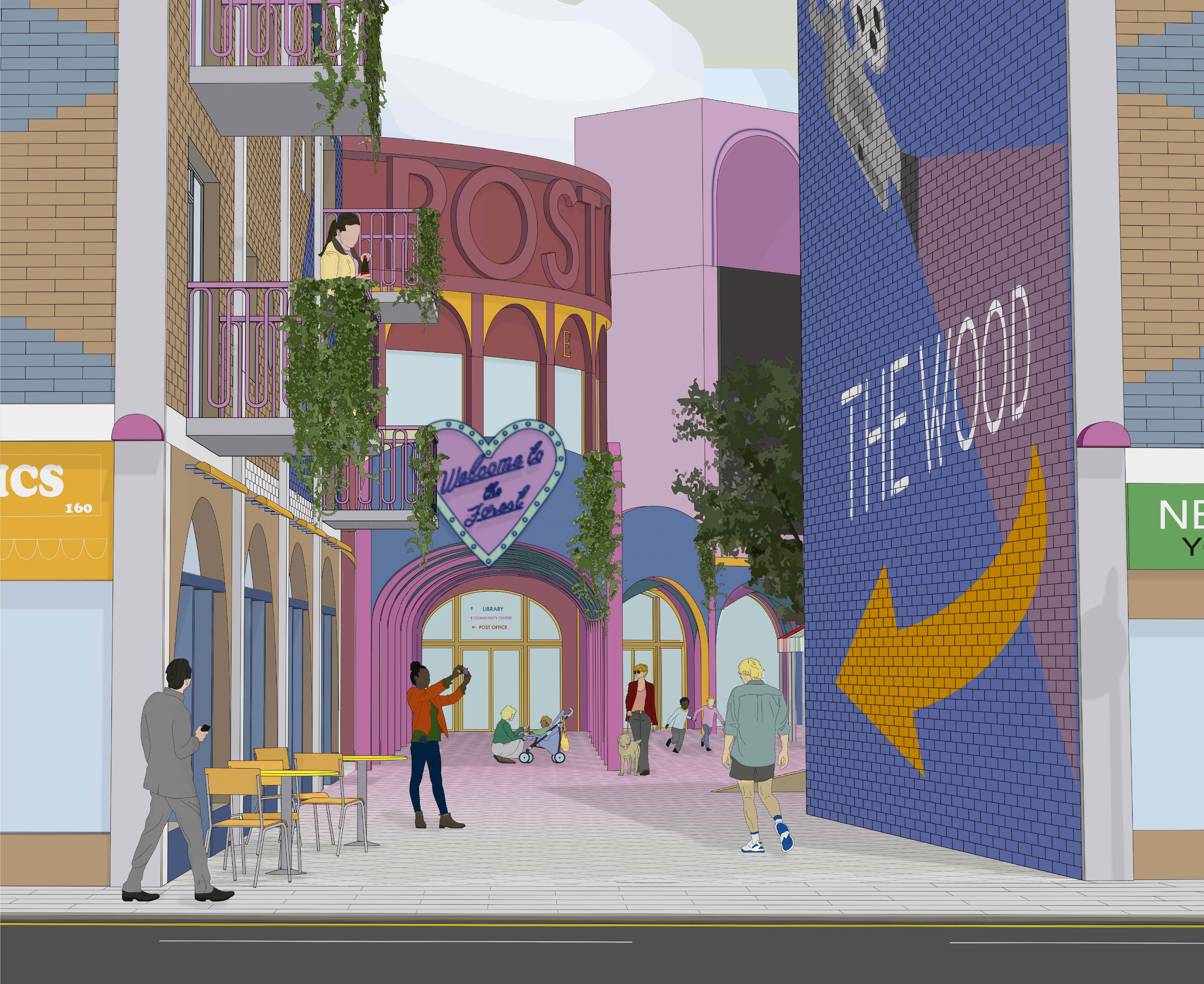 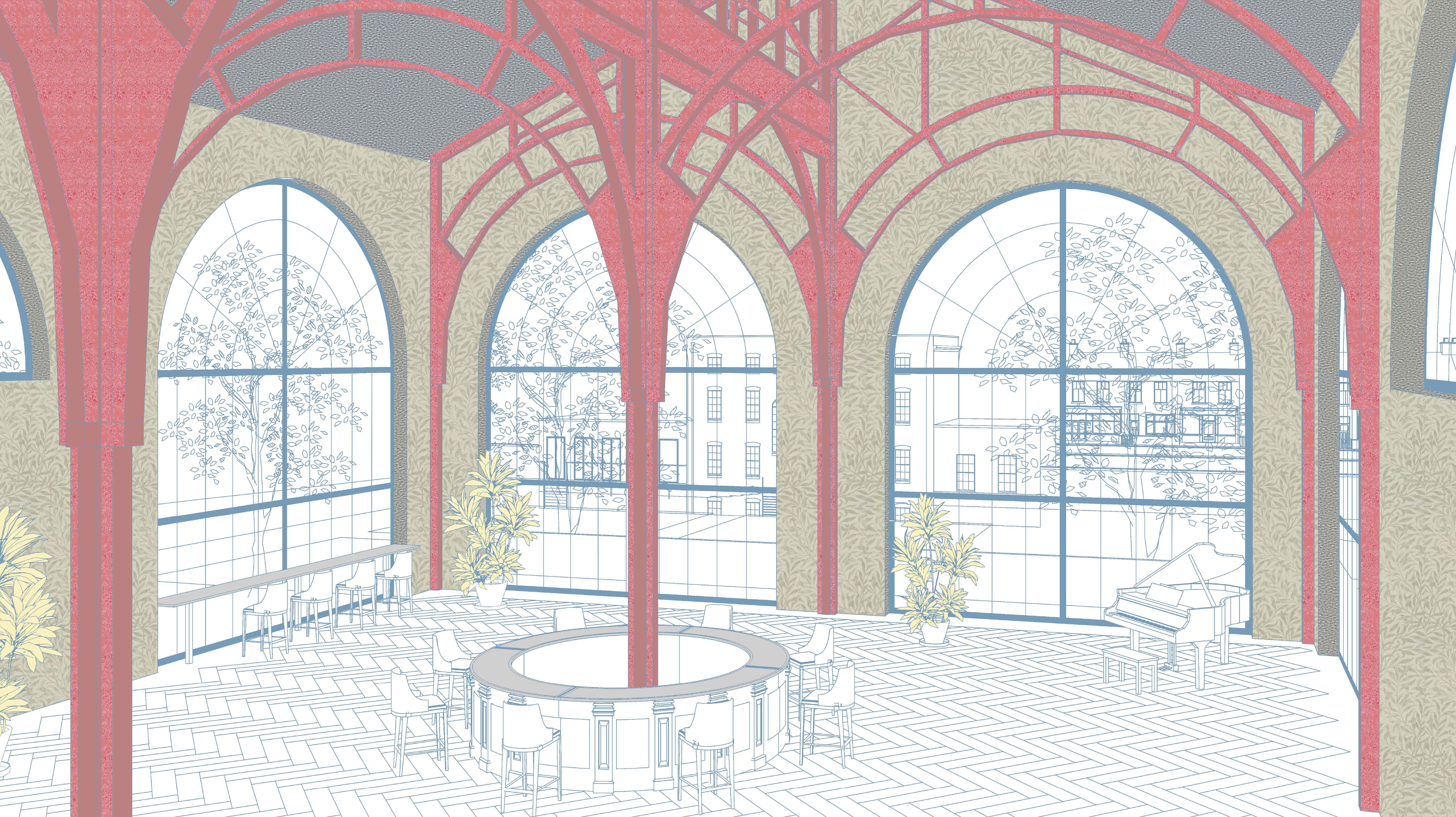 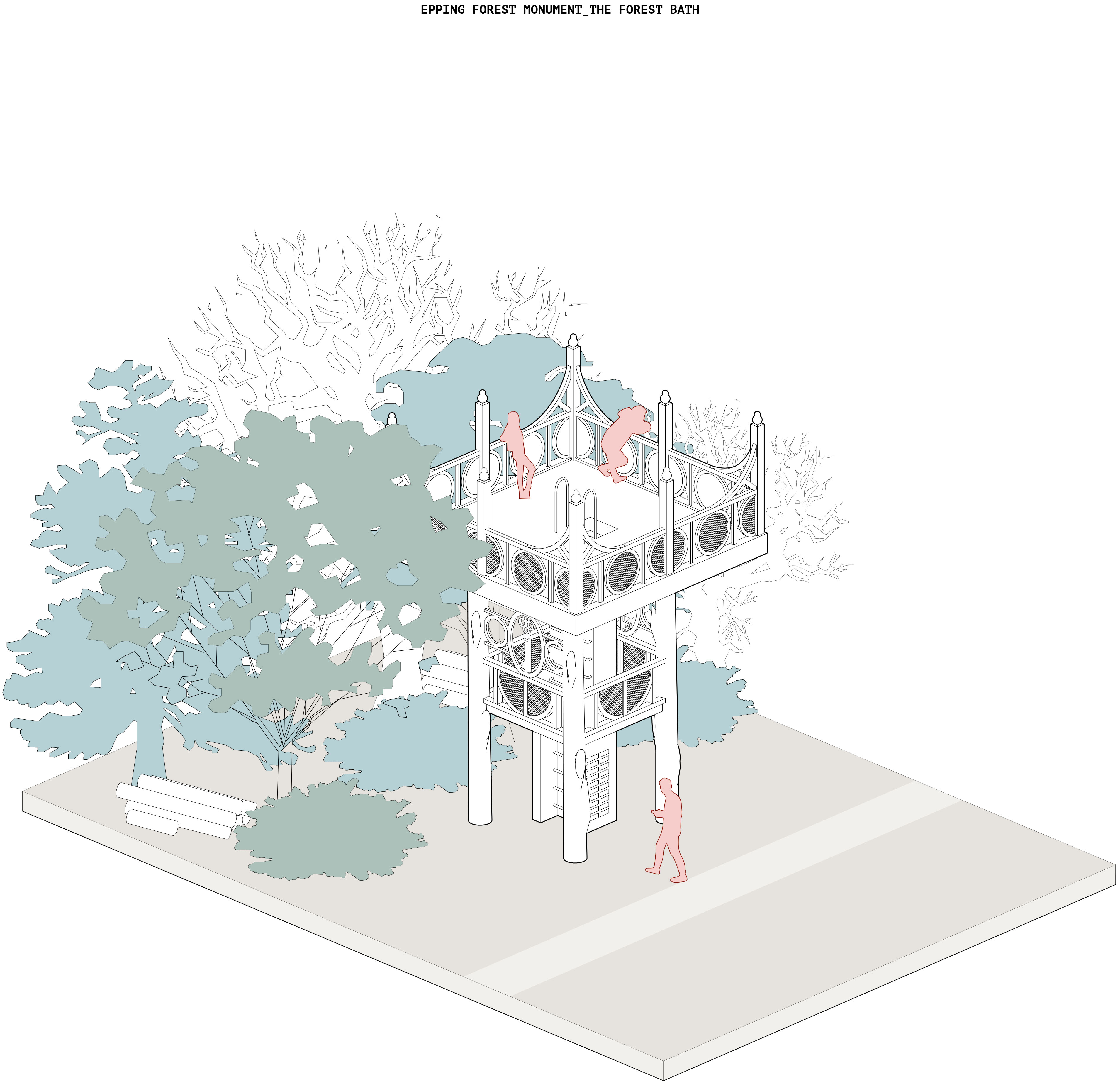 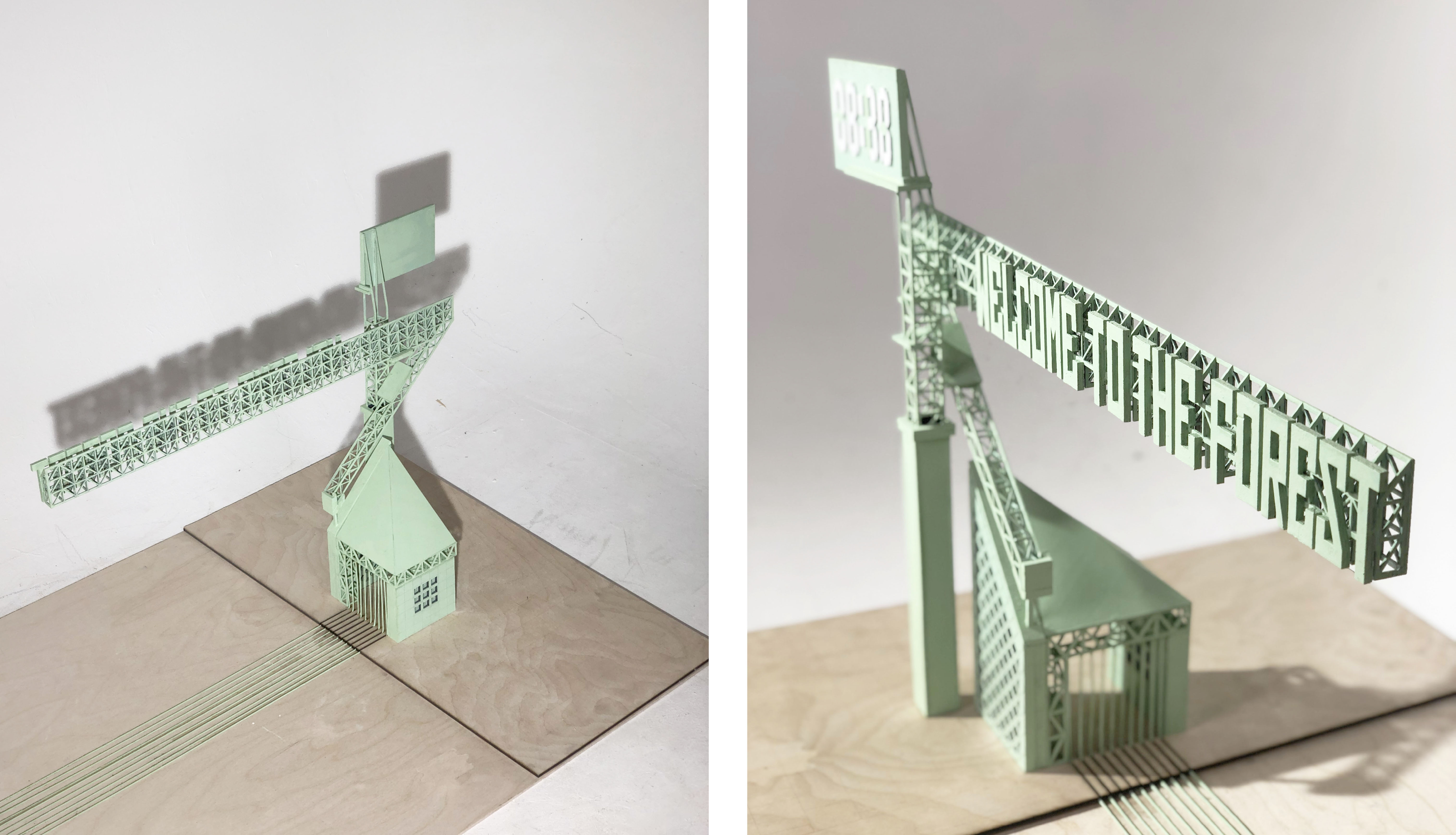 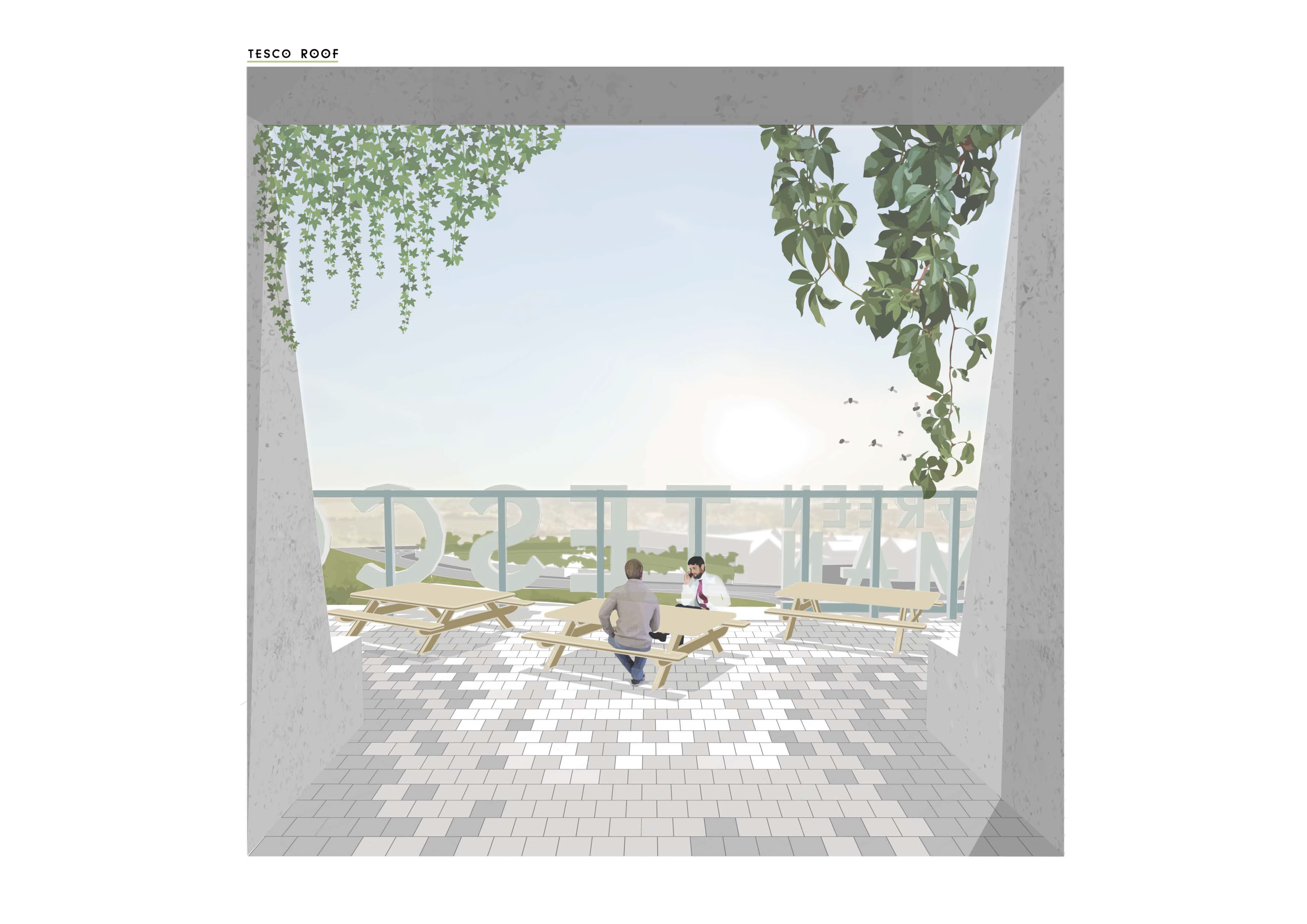 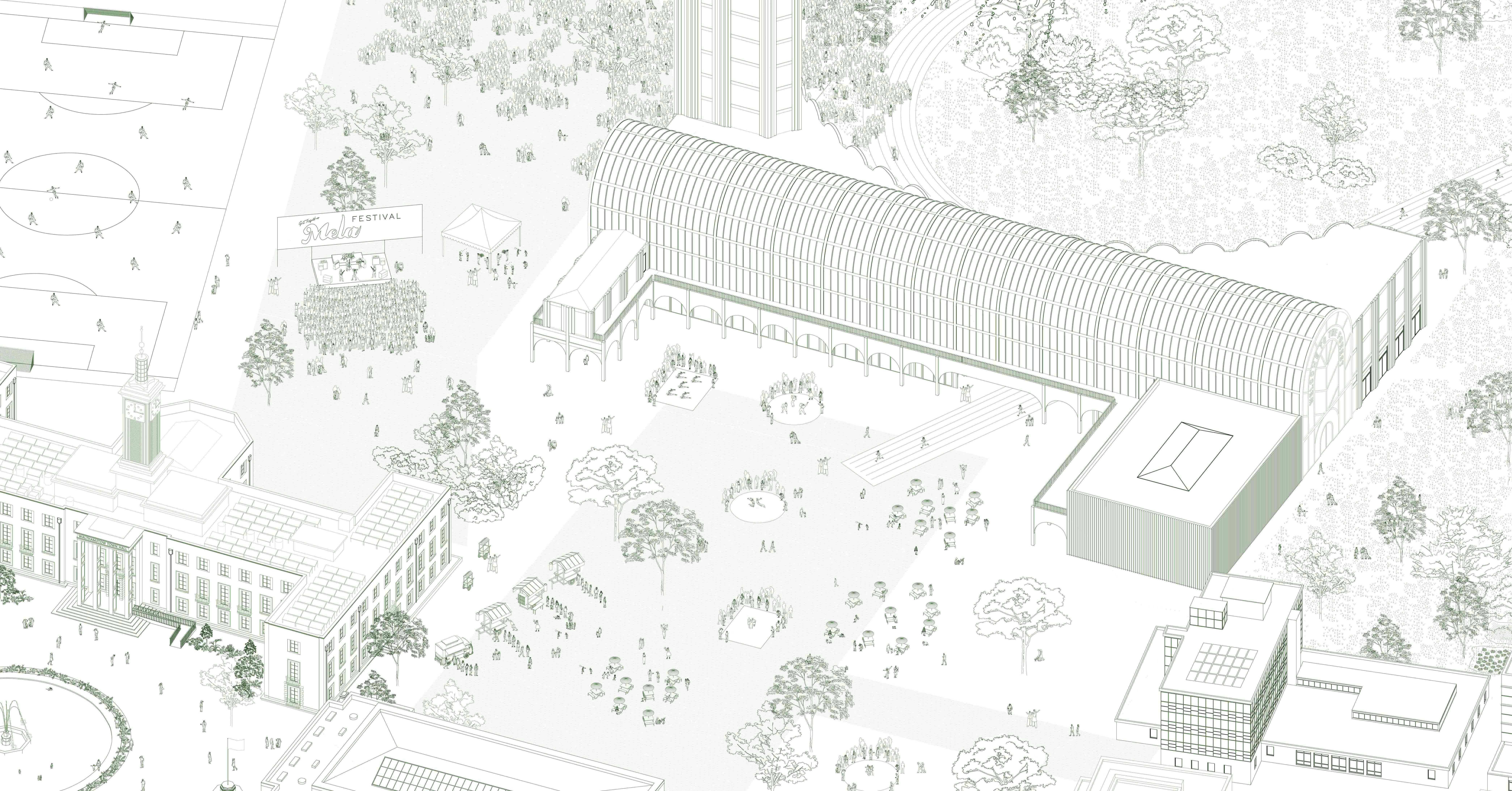 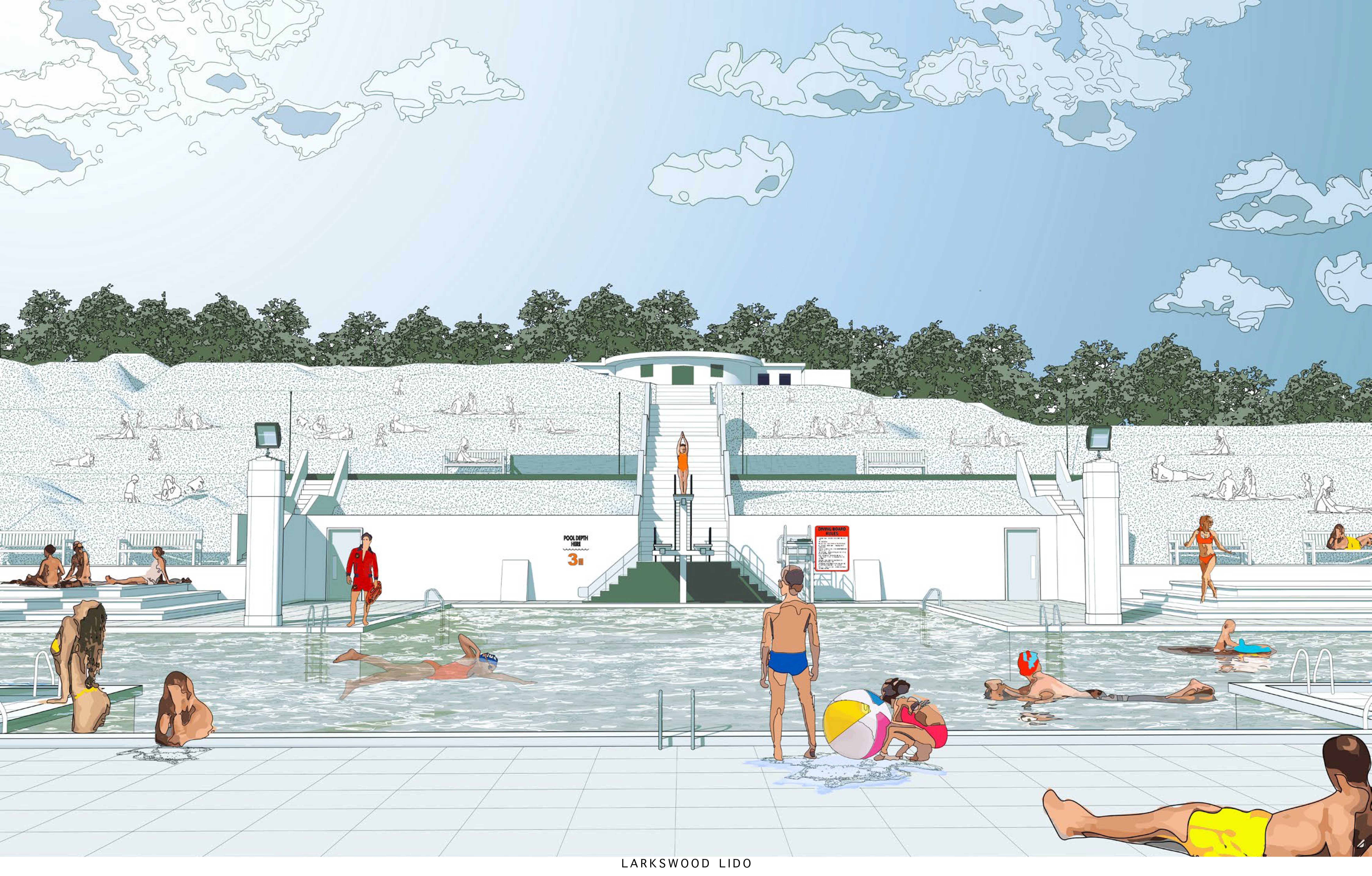 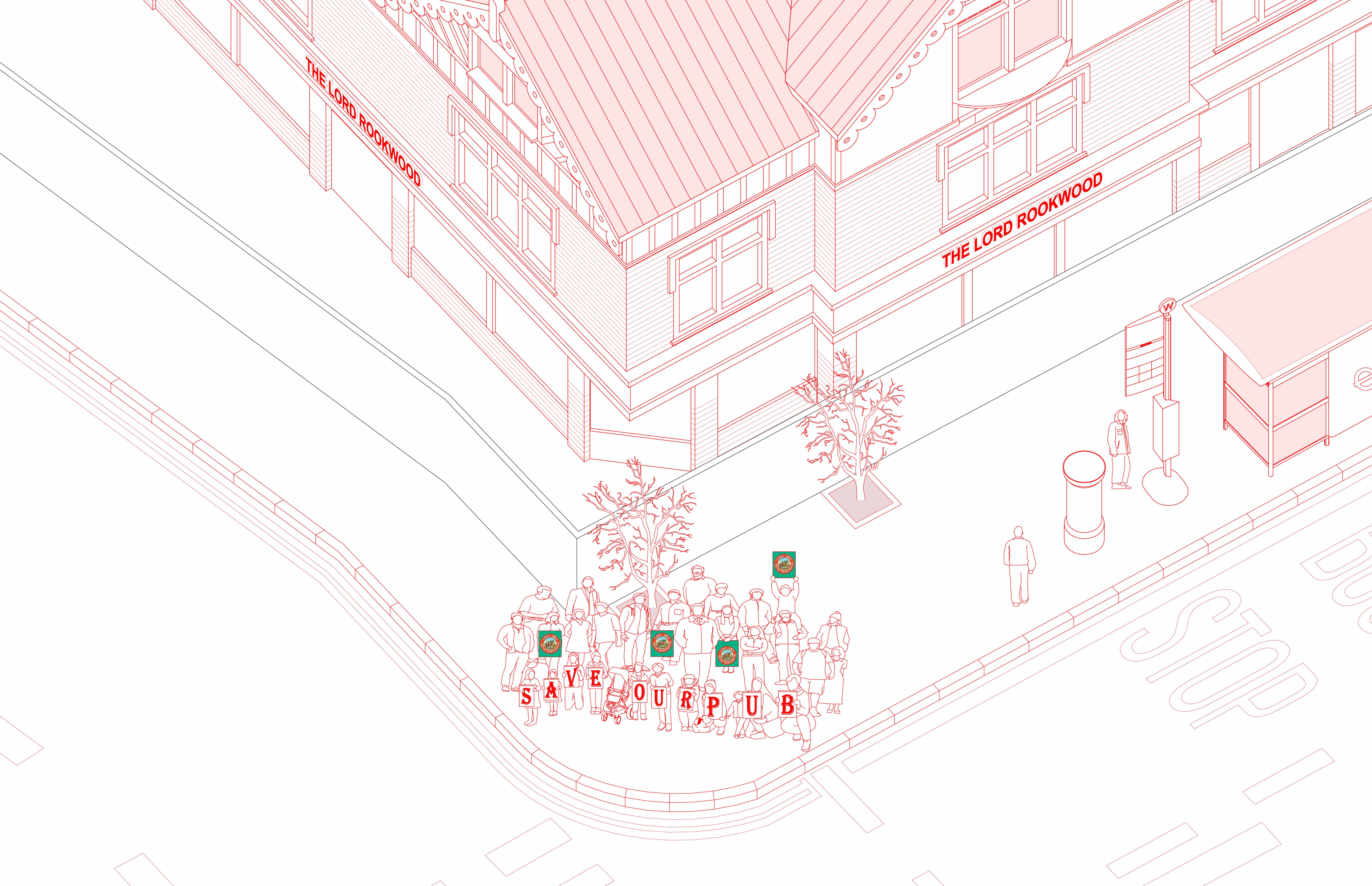 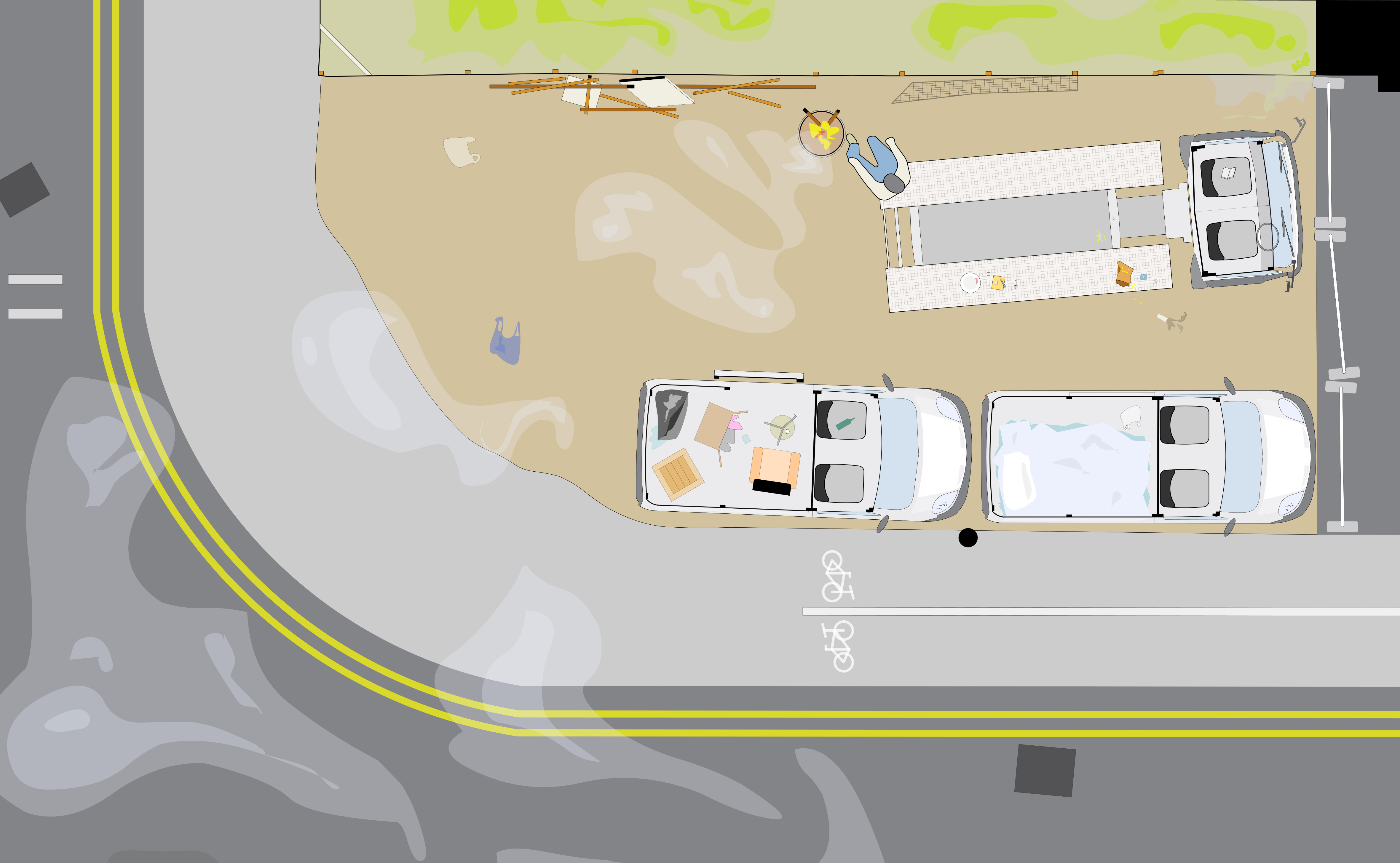 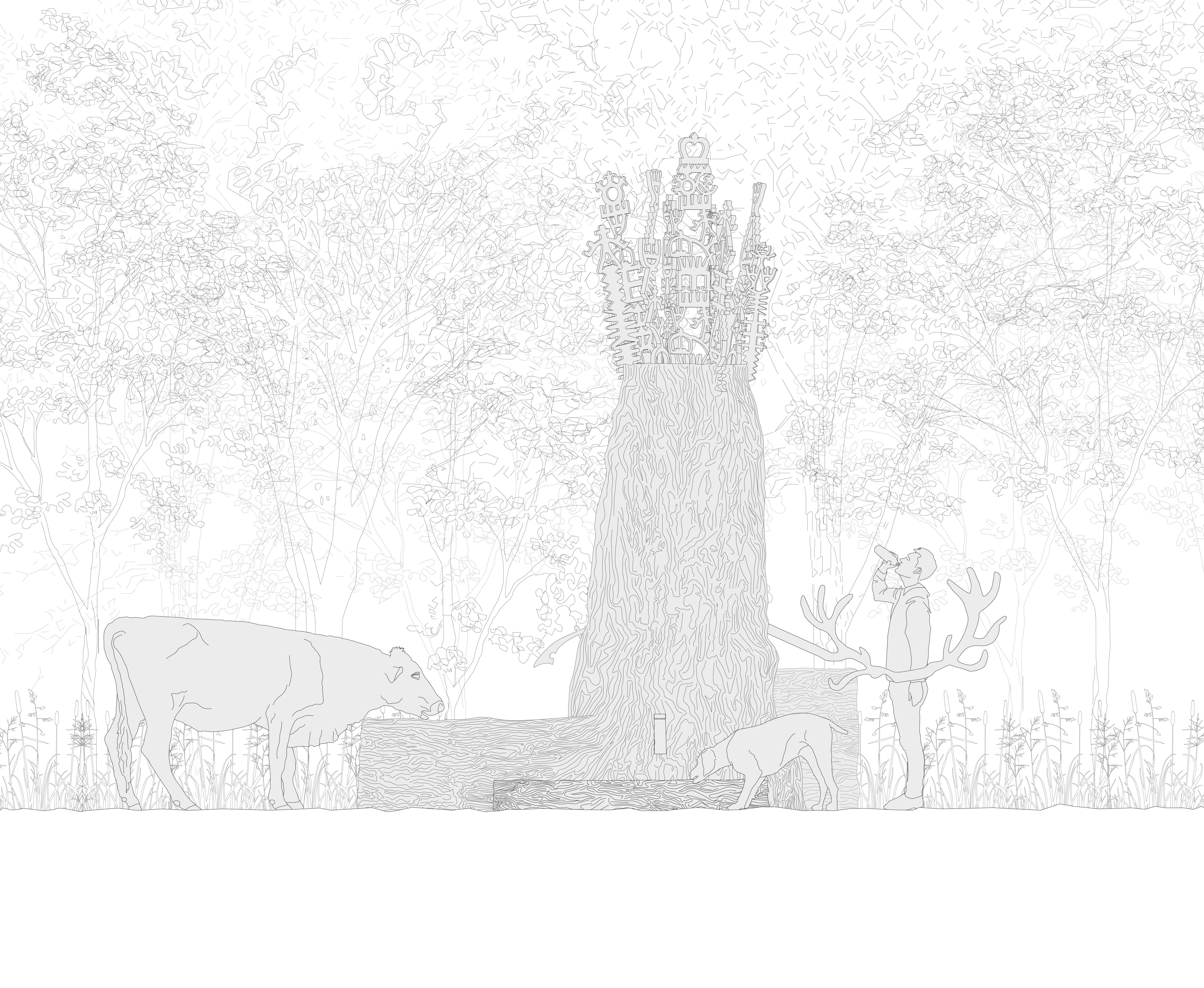 Gill Lambert and Geoff Shearcroft are architects and academics. They practice at AOC, where they work with communities, institutions and individuals to develop new briefs for contemporary needs, designing buildings, rooms, objects and places in response. Gill has taught at the University of Westminster for the last decade, running DS21 since 2015. This is Geoff’s first year at Westminster, having previously led Unit 13 at London Met and been a visiting professor at Yale.

Culture of The Forest

’Welcome to the Forest’ will be the perfect way to begin our year. We will put Waltham Forest on the map through something that could only ever have been created here, but something to be enjoyed by everyone.

Located on the north east periphery of London, Waltham Forest will be London’s first Borough of Culture in 2019. The year-long festival aims to provide its host community and millions of visitors the opportunity to congregate, collaborate, perform and party, an emphatic celebration of public life in a particular place at a particular time. Past events will be mythologised, from the birth of Arts and Crafts designer William Morris to the 1960s Pop Art productions of Walthamstow Art School, and contemporary cultures will be manifest.

It is ironic that this state-sponsored festival of communal creation is concurrent with the reduction of the Borough’s public services and spaces, a consequence of government funding cuts. Between the wars the area actively nurtured its public life through a number of generous purpose-made buildings – cinemas, lidos, libraries and a Nordic-Classical Town Hall. Less than a century later many of these buildings are gone, empty or awaiting new usefulness. Most recent plans involve their replacement with the higher yields of private homes or retail. Yet there are a small number of proposals that offer more experimental models for public spaces with diverse funding, heterogenous uses and the appropriation of familiar forms. The festival programme is likely to encourage more temporary and radical test events, potential prototypes for new forms of public life.

The borough’s north and east boundaries are defined by Epping Forest, the remainder of the ancient woodlands of Waltham Forest from which the borough took its name. Three times the size of Central Park, Epping Forest is tethered to the borough but not enclosed by it. The Forest provides an alternative culture for the residents of the Borough, a different set of ideas, customs and social behaviours. Cattle graze amidst the trees, dog-walkers mingle with Hells Angels in clearings and Essex’s best-known transvestite artist, Grayson Perry, joins the many mountain bikers racing along its paths. Aerial photographs reveal the scars of big histories, of enclosure battles between commoners and the gentry, whilst pub signs and earth mounds hint at past mythologies, of Iron Age warriors and East End gangsters. Established by an Act of Parliament, owned and managed by the City of London Corporation, Epping Forest was formally opened by Queen Victoria in 1882 who declared it “the People’s Forest…for the use and enjoyment of my people for all time”. A site of historic and recent protest it demonstrates the shifting balance of freedom and control required to create a long-lasting public place, with extensive byelaws defining the limits of public use, a Forest constabulary only accountable to the management corporation and residents’ ancient wood-gathering rights removed as part of a deal to build a new public hall.

We will explore the forms and cultures of the Forest and the Borough to develop new political and spatial models for their public life. We will start with a built hypothesis for a public architecture, individually making useful monuments in the Forest. Collectively we will survey the Forest and Borough, looking to record their forms, translate existing cultures and identify new needs. A field trip to New York City and Long Island will provide opportunities to experience extreme adjacencies between the city and nature, exploring historic and recent experiments ‘when democracy builds’.

We will develop briefs to meet contemporary public needs and propose new architectures that resonate with the culture of the Forest. Designs will be explored through large format colour images, finely detailed drawings that activate proposals and materially rich models, developed using analogue and digital technologies. We will collaborate with artists, business modellers and engineers and test our proposals through exhibitions, 1:1 testing and conversations in the Borough of Culture. Final proposals for a specific site will be considered as both a unique prototype for public life and part of a studio proposal for a more democratic and environmentally-balanced form of city.

Well, in the beginning, many years ago, we were, as if lost in the wilderness, as it always is in the beginning, and then we seemed to find some mountain, and we begin to climb, and when we rounded the mountain, we entered a deep forest, and going through the forest for a time, the trees began to thin. And when we came out of the woods, we discovered this small town called Twin Peaks. And we got to know many of the people in Twin Peaks, and the people who visited Twin Peaks, and we discovered a mystery, and within this mystery were many other mysteries. And we discovered a world, and within this world, there were other worlds, and that’s how it started, and that’s what brought us here today. This story continues.