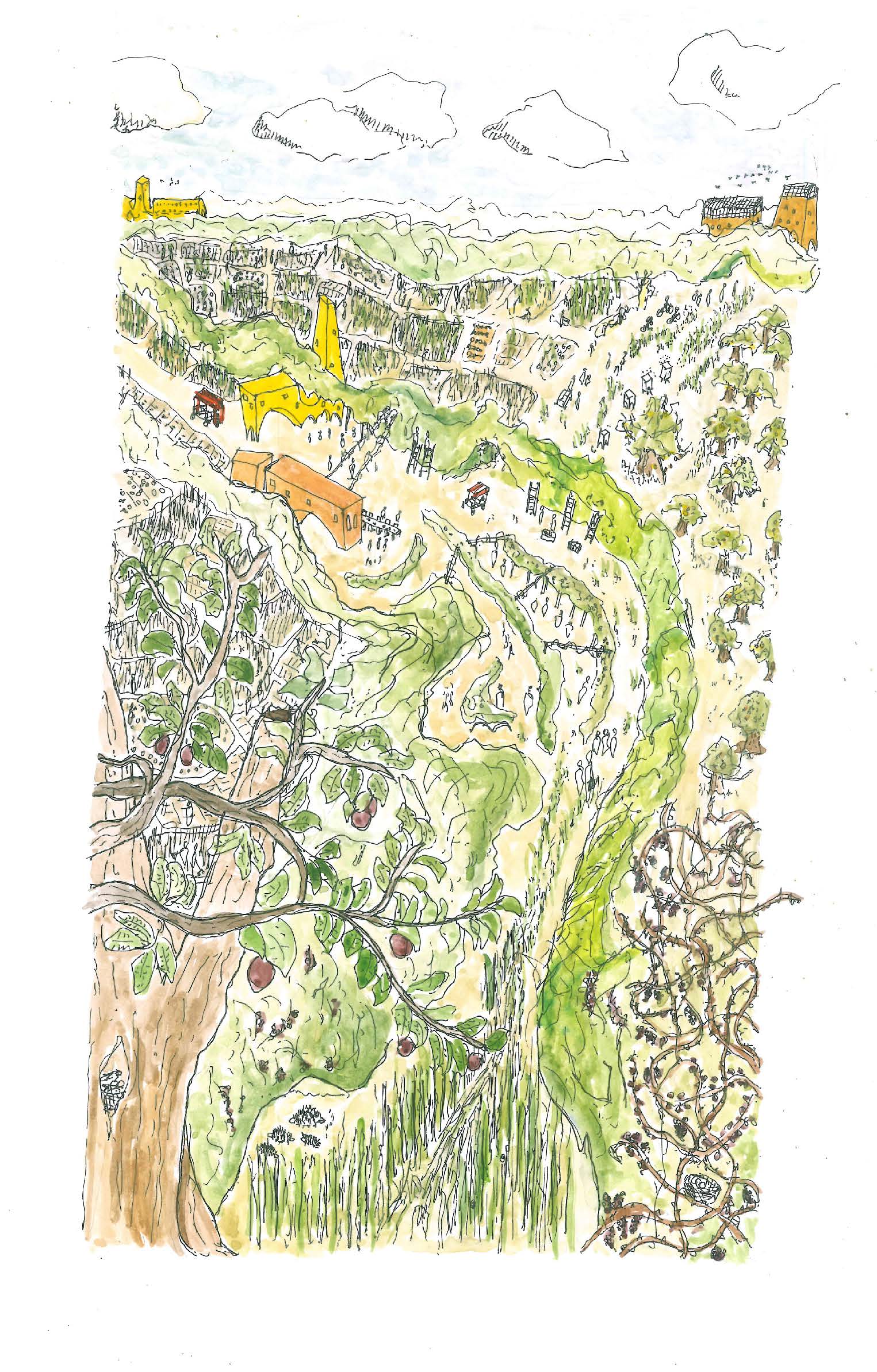 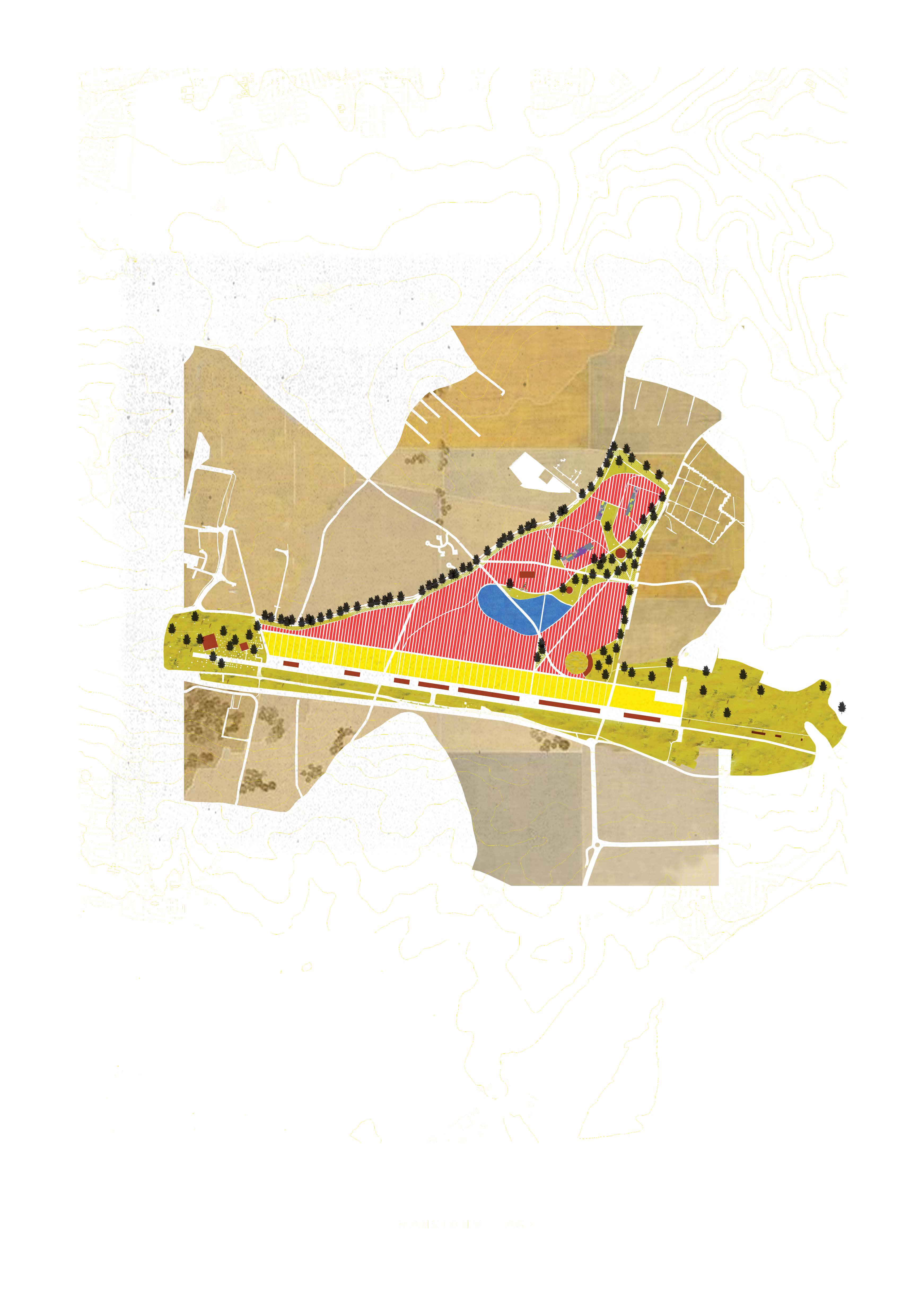 Village of the Future

Do we want the countryside just to be a national park and import our food from elsewhere or do we want it to be full of thriving communities that can be a productive part of the economy? (Minette Batters, National Farmers Union president)

How much will England’s countryside have to change in order to compete with cheap global mega farmed food imports in the post-Brexit years? Where do you want your food to come from? Do you pay far too much for your home and far too little for what you eat? What is the countryside for? and how should cities relate to it?

This year DS12 takes on the idea of the productive village as a site of rural modernity. Our village designs will abandon stereotype, tradition and conventional logic. We argue that such sites are needed as much as all the conservation areas, national parks and layers of Farrow and Ball paint. We will imagine sites where alternative futures can be tried out using the latest technologies and settlement forms.

Modern architecture has had a diverse and continual dialogue with rurality; from Wright’s Broadacre City to Koolhaas’ forthcoming ‘Countryside’ exhibition at MOMA, NY. It’s a dialogue that has frequently put small experimental settlements at the vanguard of radical thinking, as opposed to sites of nostalgia and parochialism. Alternatives to neo-liberal urbanisation are urgently needed, and small rural settlements can be laboratories that cities could learn from.

As anarchist town planner Colin Ward once argued, former airbases could be ideal places for alternative communities to develop. In a similar spirit we’re going to use an old airfield in Kent as our site. We’ll also ask you to work with ideas of community or public ownership and funding in your design process, with the aim of re-imagining the countryside as somewhere that ordinary people can take ownership of. Could the construction of new kinds of rurality be funded through something like crowd sourcing, co-operatives or community share schemes?

Brief: Our main brief for the year is to re-imagine Manston Airfield in Kent as a site of Rural Modernity. You will be asked to re-programme the land and design a village, whatever that is. The idea of the country as a site of production, as opposed to consumption, will be important. Your scheme will combine new approaches to housing, manufacturing and agriculture. What is made and grown here and how people live is up to you (it might not be obvious; we know of a village in China that just makes Saxophones). We’ll also ask you to orient your schemes to groups of people that are poorly served by the current property system. In parallel we are also asking you to produce a Rural Diorama (see below).

Site: Manston Airfield, near Ramsgate in Kent is our main site this year (see plan below). It is an irregularly shaped 4km2 piece of flat land that includes a 3km runway. Its future is highly contested; some are lobbying for it to be re-opened as an international airport, while housebuilders see it as an opportunity to build dormitory homes. It is also being considered by the government as a potential lorry park if it turns out that Brexit brings with it queues of trucks waiting to be checked. For us though, it is the site of a new experimental settlement.

Semester one: We’ll begin with a site visit and then commence our site analysis and development of possible briefs and design strategies for our villages. Early on we’ll also be working on our Rural Dioramas (see below). The plan, at the moment, is to go to China in November too (see below also).

Semester Two: We’ll continue designing our projects at all scales from regional to domestic and details. We will look at how these scales intersect through a series of challenging drawings and models.

Introductory project: Rural Diorama 2018: In 1951 the London Science Museum installed a series of agricultural dioramas which combined paintings and models. They illustrated Britain’s agricultural future and the potential of new technologies. We will ask you to re-imagine a similar display, but for our future now, reflecting current ecological imperatives, new technologies, new rural livelihoods and new representational techniques. Some of you might want to make a physical display cabinet in the workshops, others might prefer to work digitally with VR goggles. This task raises interesting aesthetic complexities; whose viewpoint will this represent? That of a consumer? farmer? cow? wild animal? What does mechanisation and human habitation look like from the other side?

Field Trip possibility: More than 900,000 villages have been abandoned in China since 2000. Many Chinese academics and architects now wonder how to re-vitalise rural society there. Colleagues at the CUHK have invited DS12 to an empty village in Guandong in early November to discuss ideas for its re-invention. We may go to see some Dong villages in Guizhou too. But it’s not definite yet.