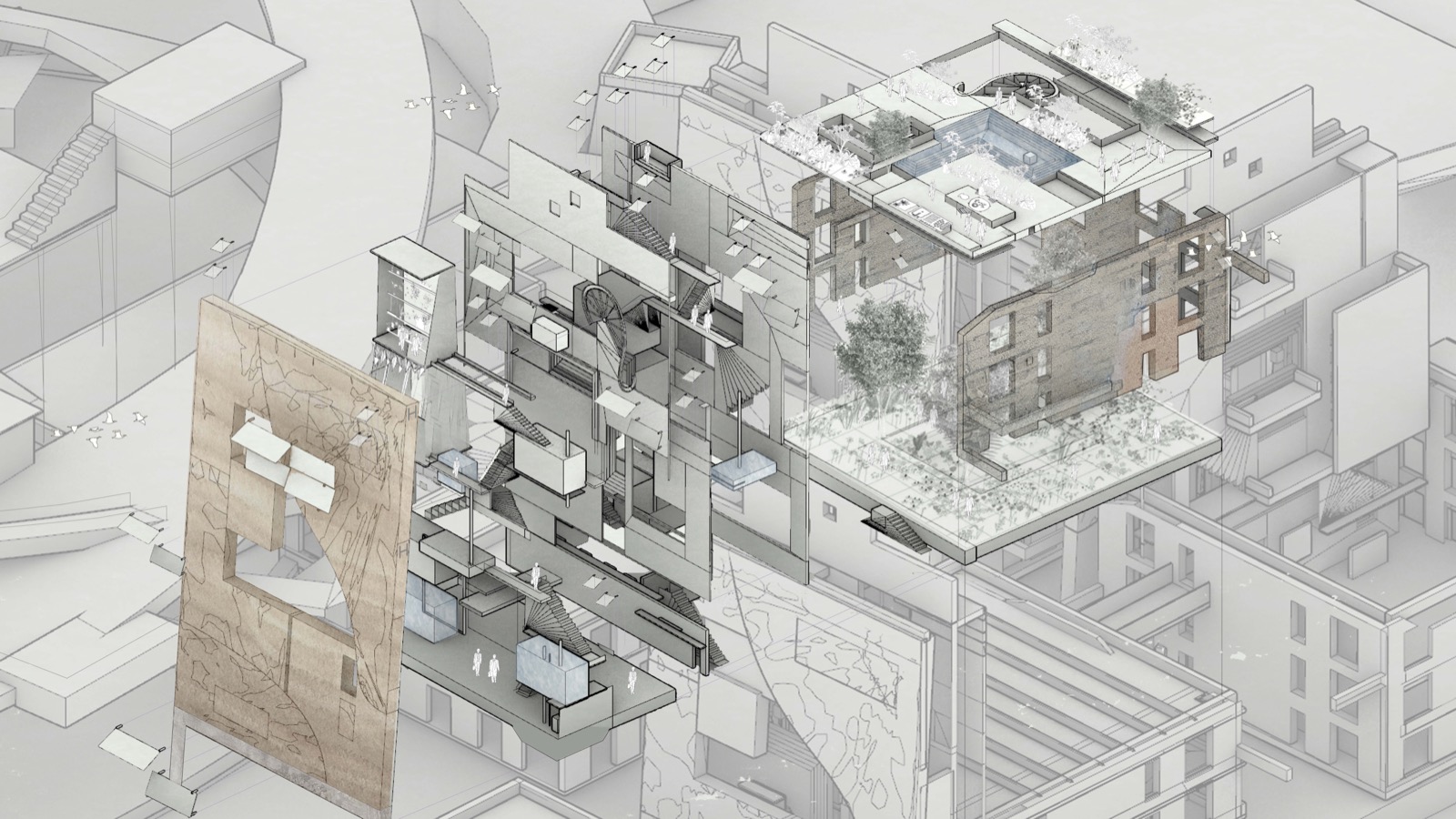 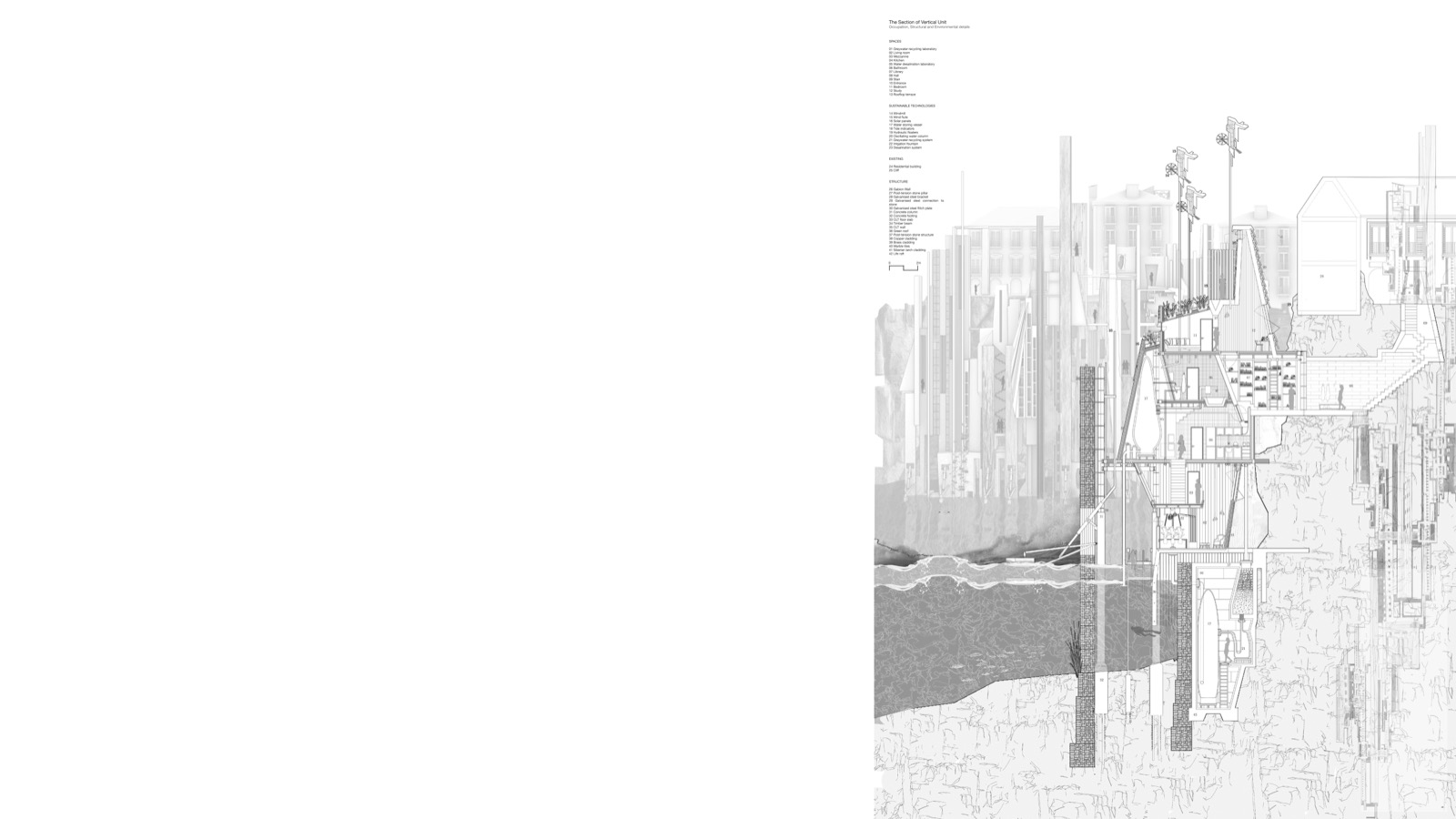 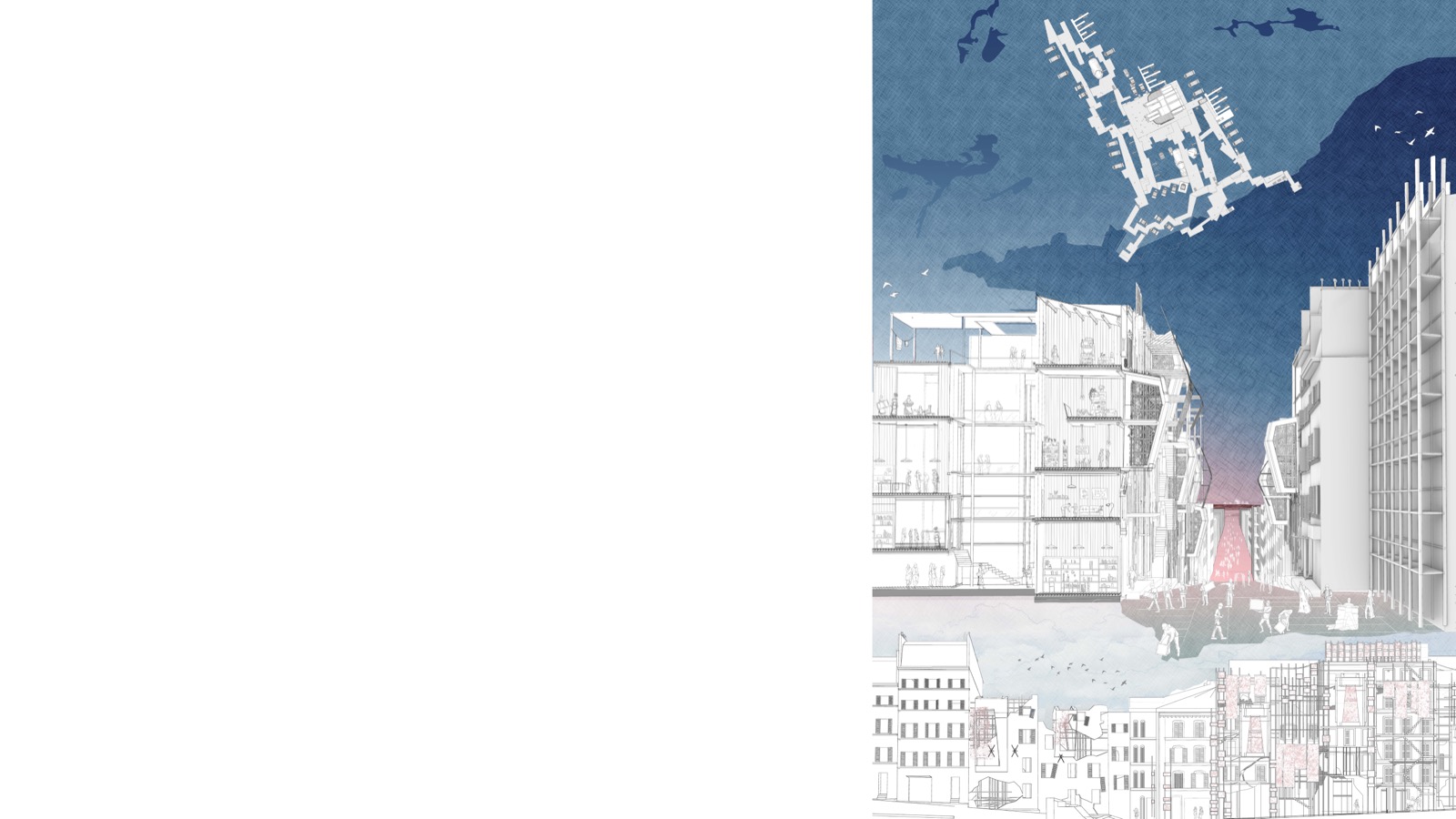 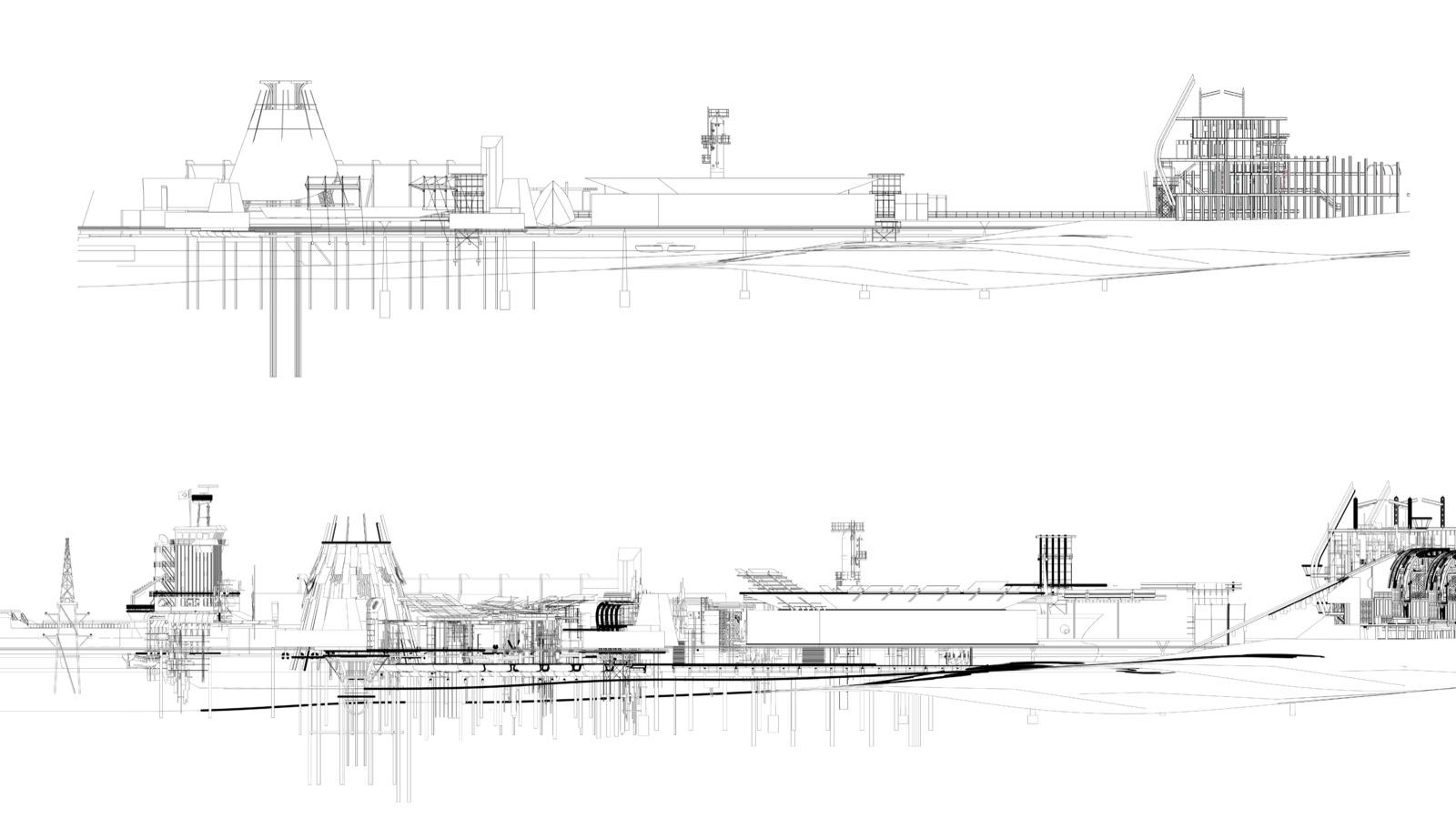 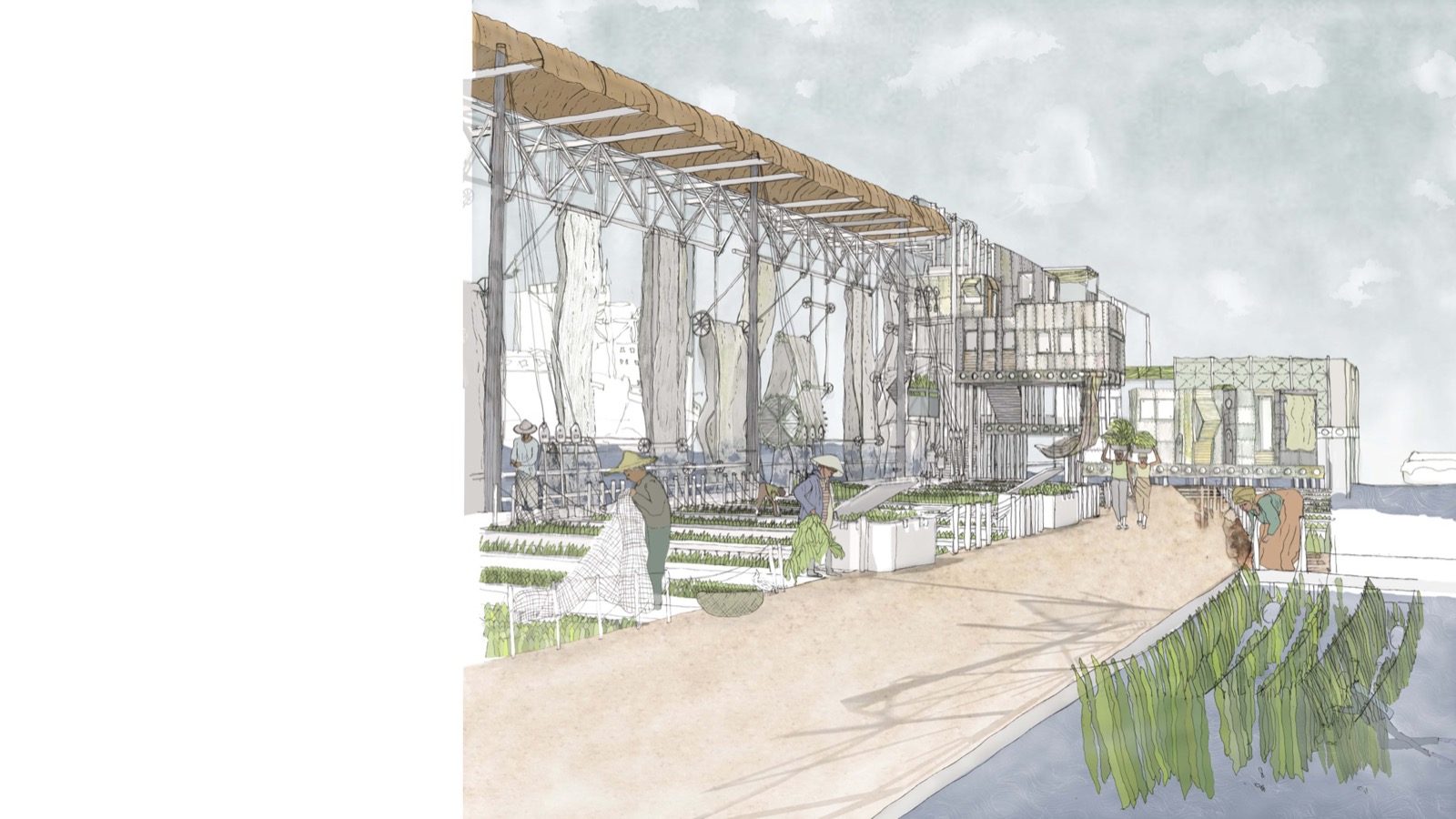 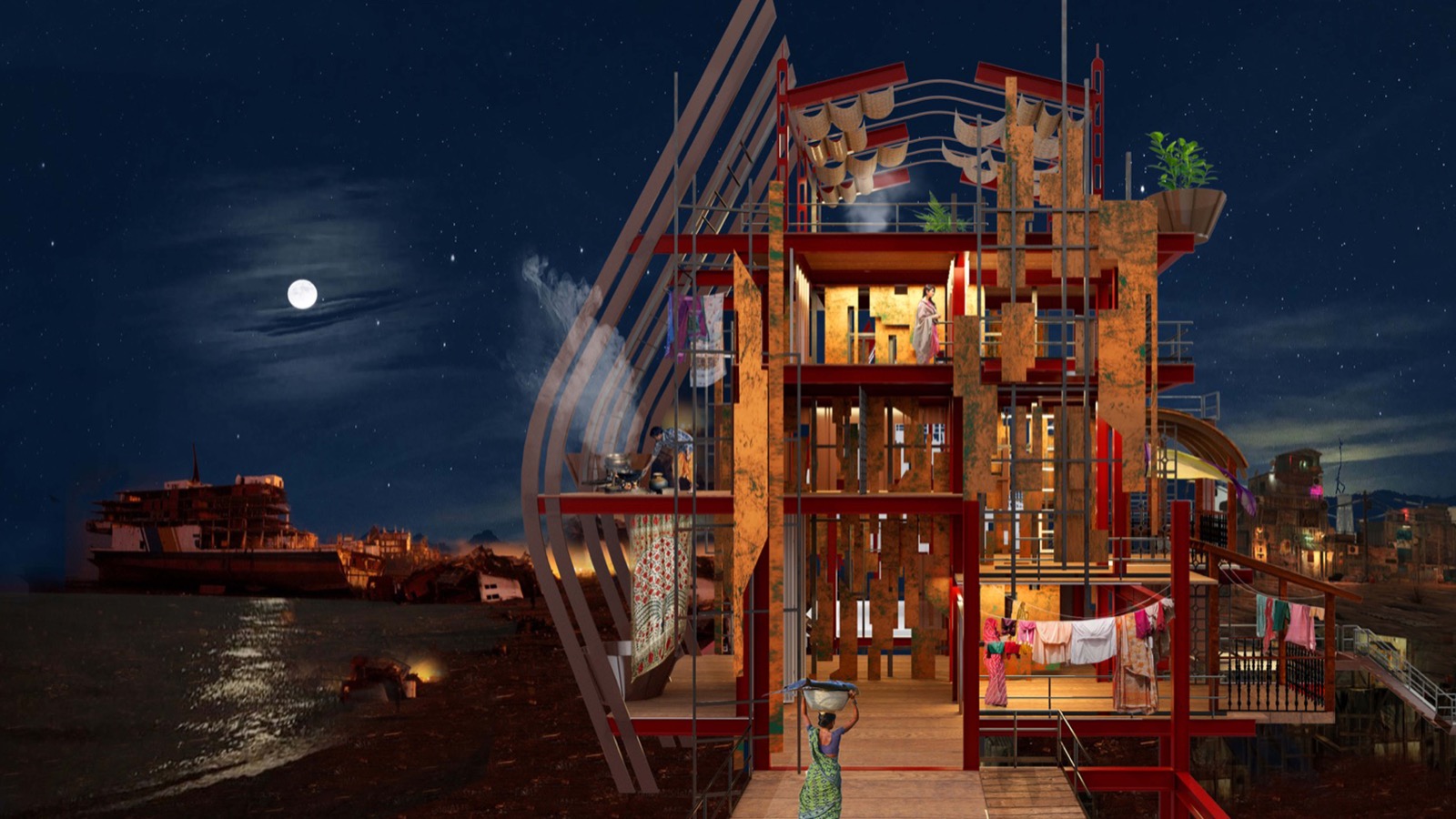 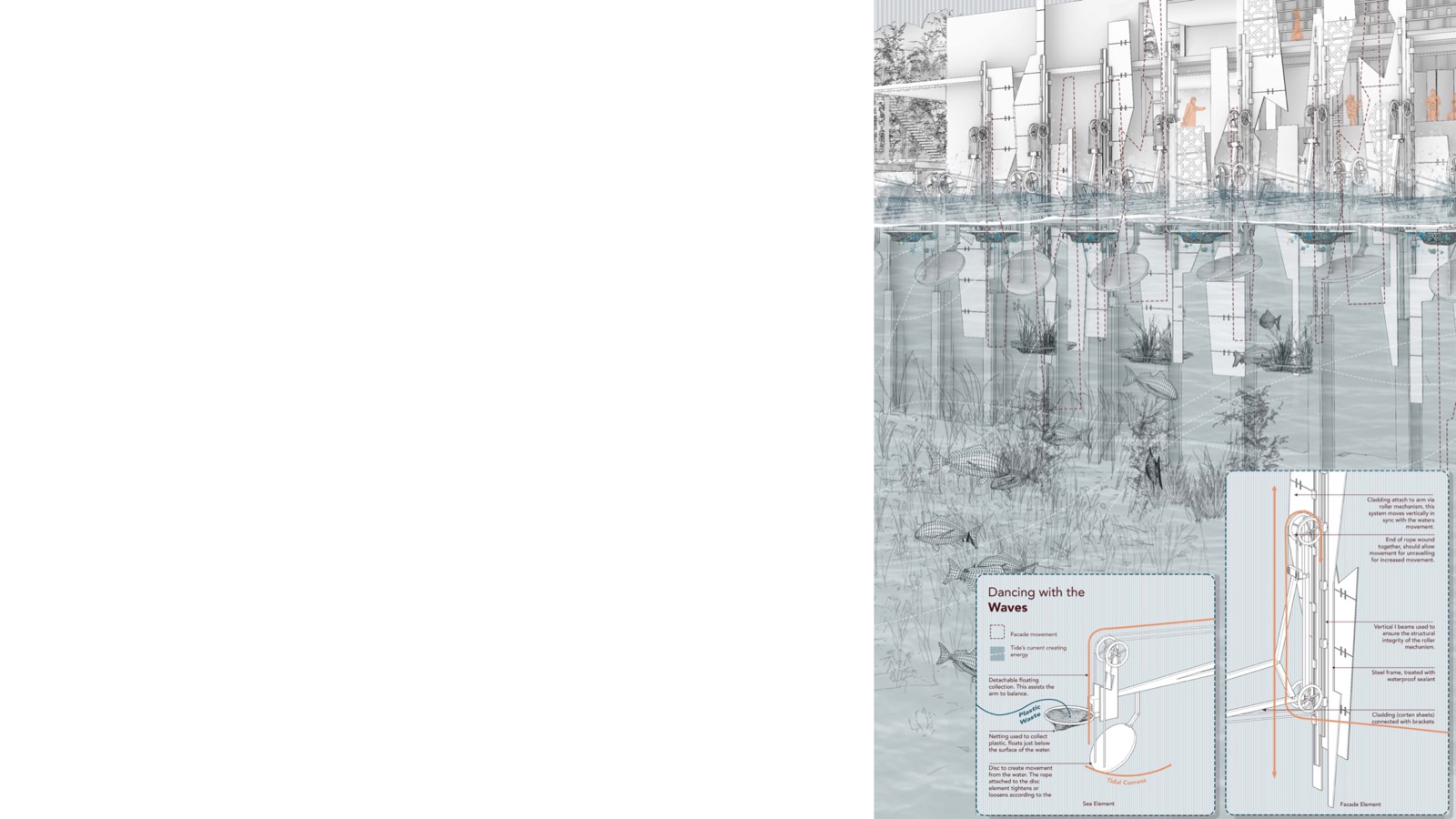 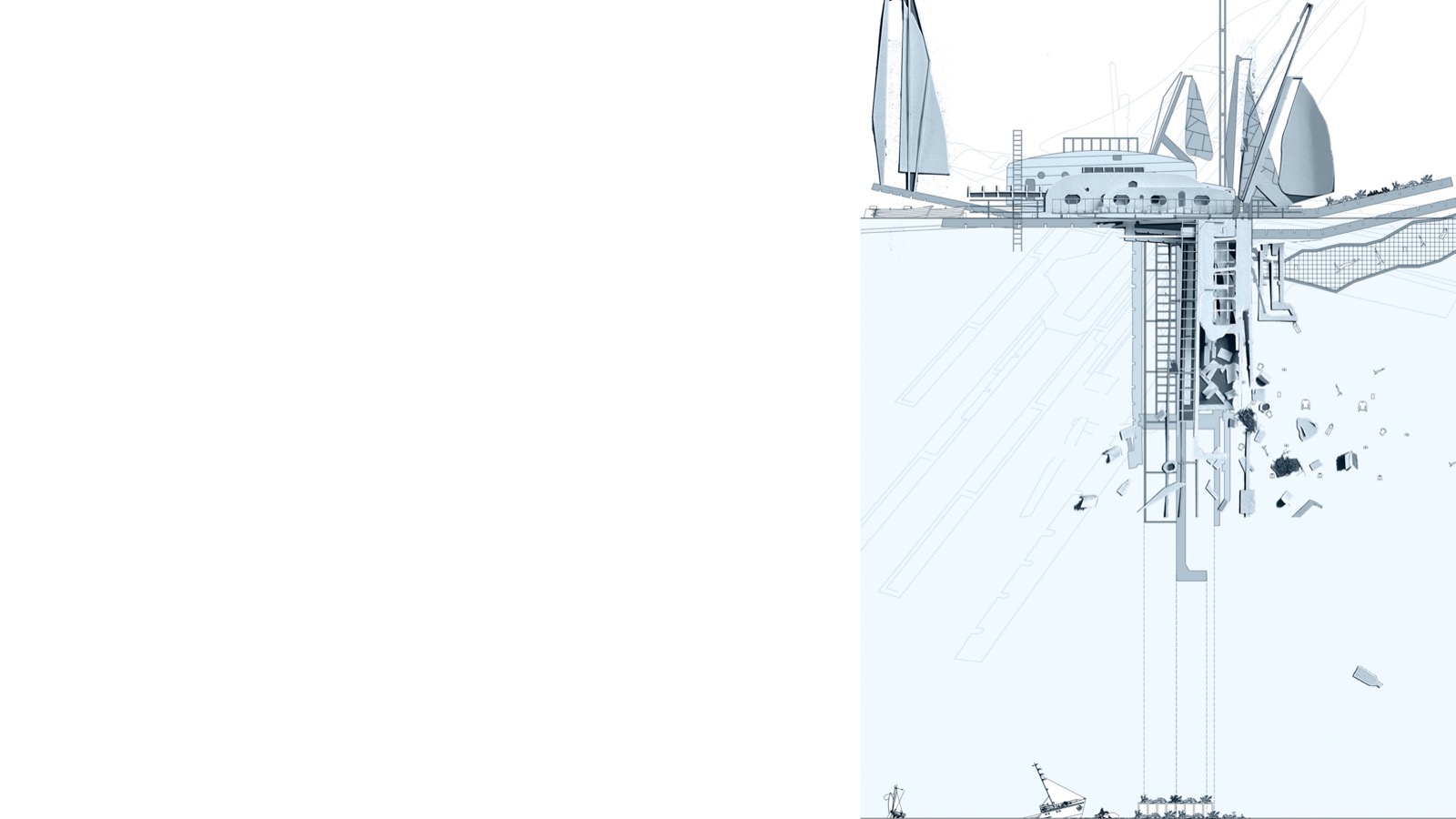 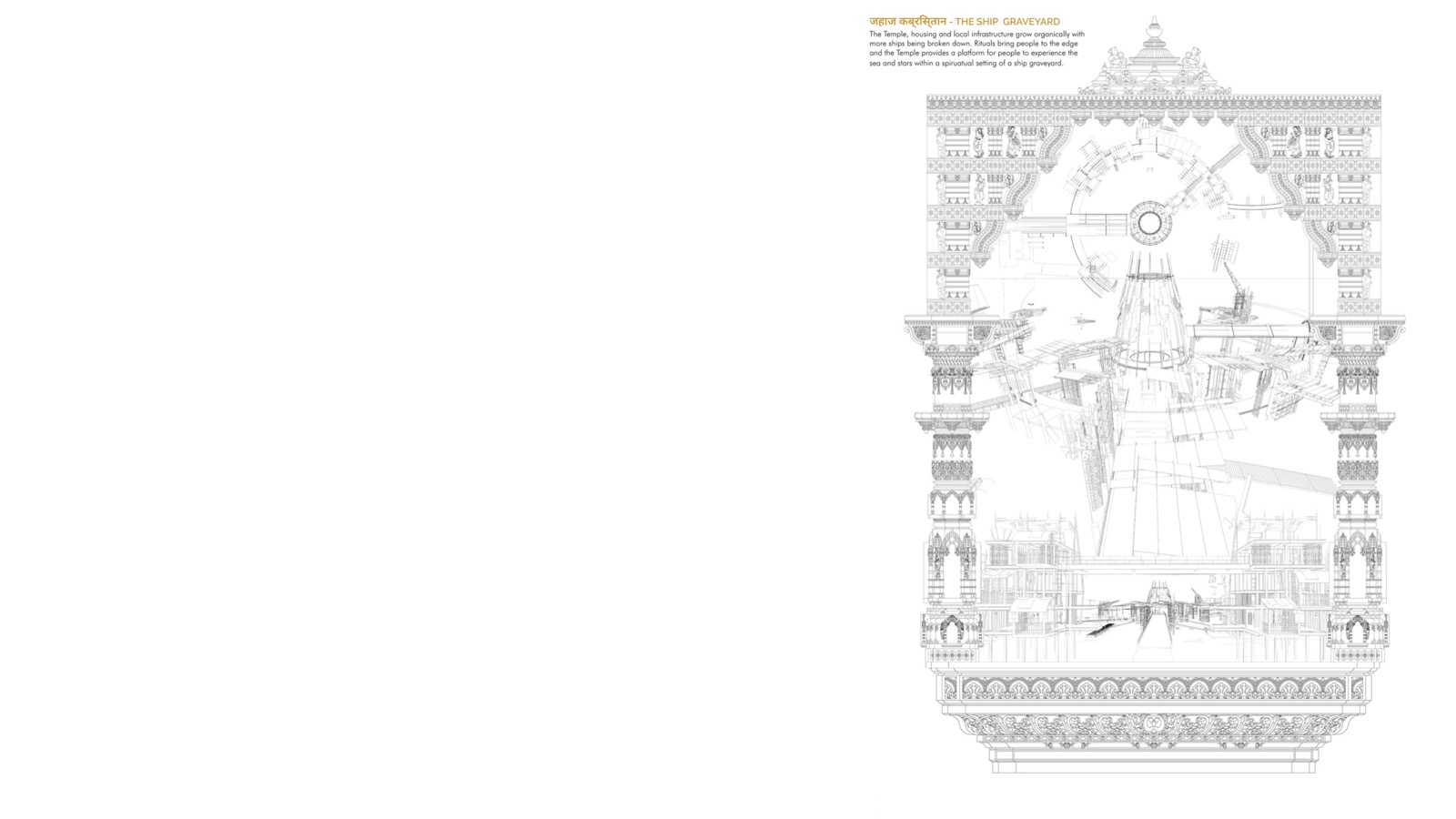 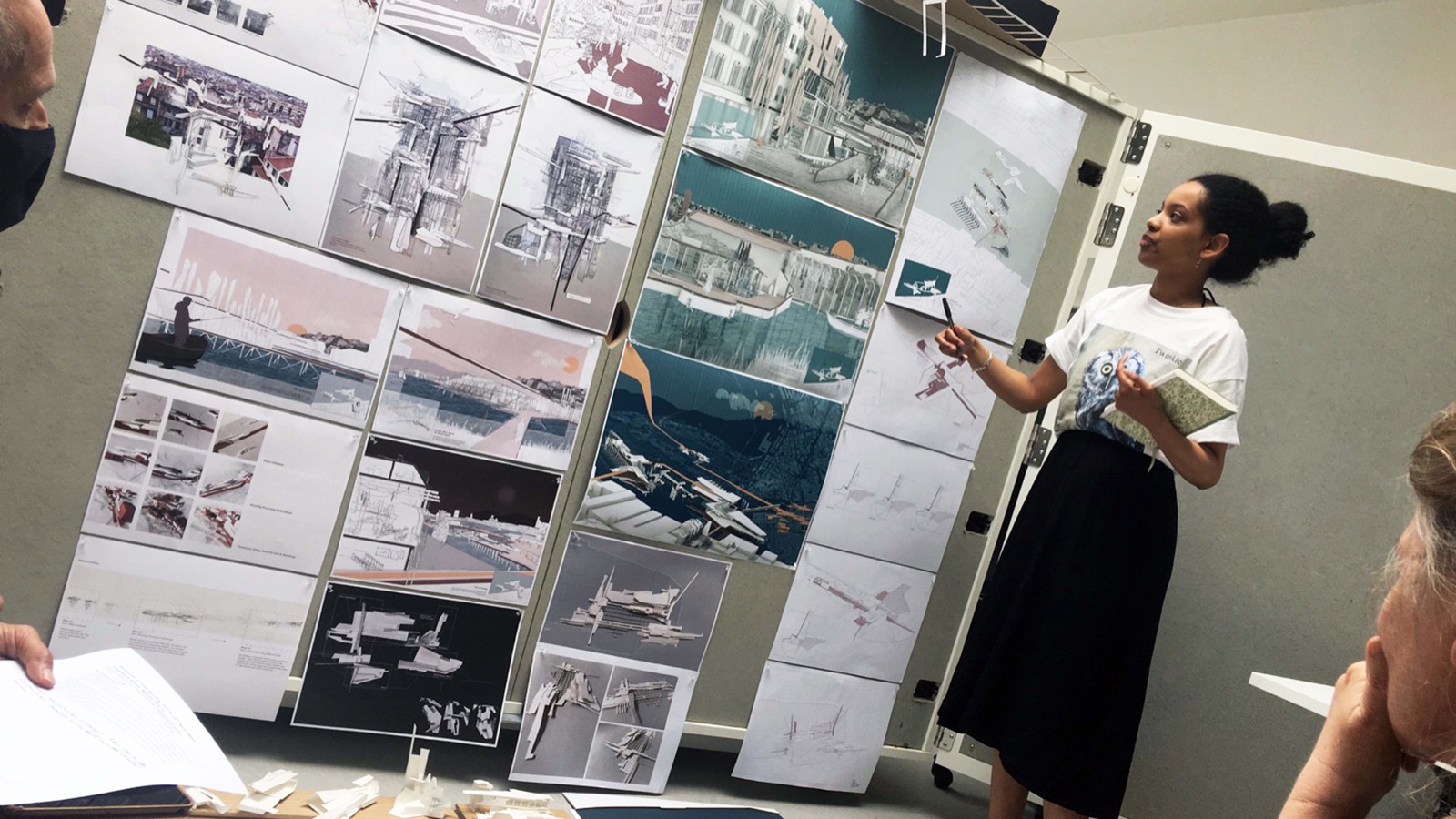 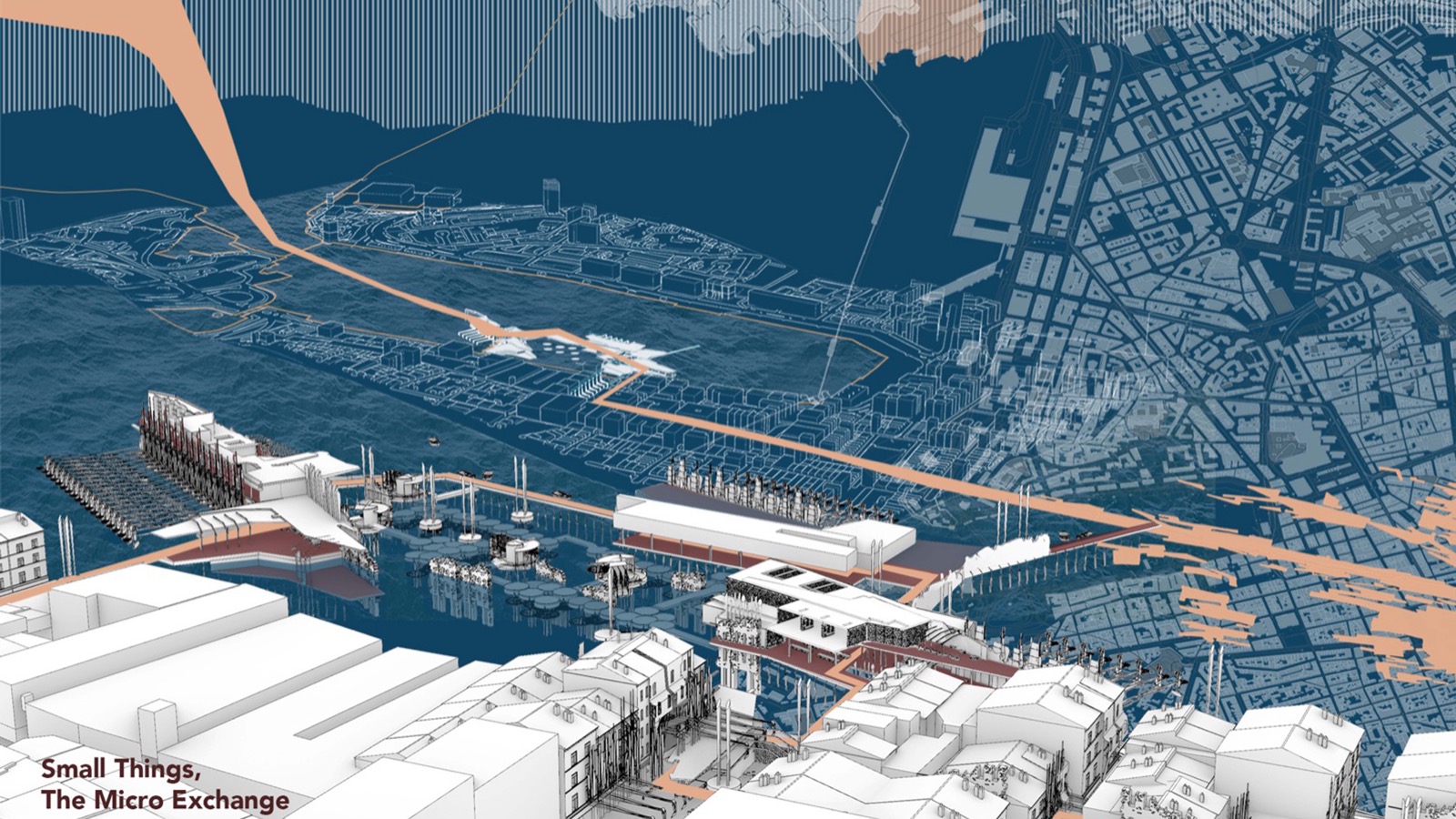 Nasser Golzari and Yara Sharif are award-winning architects and academics with an interest in design as a means to facilitate and create resilient communities. Combining research with design, their work runs parallel between their architectural practice, NG Architects, their research team, PART, and their Design Studio, DS22, at the University of Westminster. Golzari and Sharif have won a number of prestigious awards including the 2013 Agha Khan Award, 2014 Holcim Award for Sustainable Construction, and 2013 & 2016 RIBA President’s Award for Research.

The way they run the studio is very similar to how they run the practice, with a combination of design, drawings, testing and making.

This year, DS22 explored new social narratives and architectural prototypes to re-inhabit the edge; ones that can re-stitch our crumbling landscape and heal fractured communities.

We critiqued the obsession with consumption and land grab at the expense of our ecology – both the physical and the social. We tried through our design interventions to expose the global exploitation of resources under the glitter of capitalism. We not only looked at environmental ecology, but also social ecology, making sure issues of equality, diversity and right to resources are interrogated.

The edge is physically and metaphorically a zone of confrontation which has been left out to decline. A witness to the exploitation of land and sea; a witness to inequality, greed, state power, social injustice and territorial exploitation. Coastal neighbourhoods, eroded by the rise of sea levels, encroaching tides, forgotten political and climate refugees, illegal trading, waste and toxic landfills are all located at the edge. As much as it carries challenges, the edge and the margins are loaded with potentials for change. The edge is the meeting point between land and sea, between the migrants and the ‘locals’, the home of nomads, a route for migrating birds… and above all, a space for reclamation.

The projects this year varied in their scope and location. Starting from Napoli, crossing to Marseille, Brighton, The English Channel, Mogadishu and Alang, the interventions were placed at the edge between the crumbling land and the constantly moving sea.

The proposals explored Seasonal Communes as an alternative way of habitation. Through elevating, extending and floating, each proposal offered an ephemeral/seasonal landscape that can dress and undress itself to be in harmony with its surroundings. One that can move with the wind, migrate with birds and float with the current.