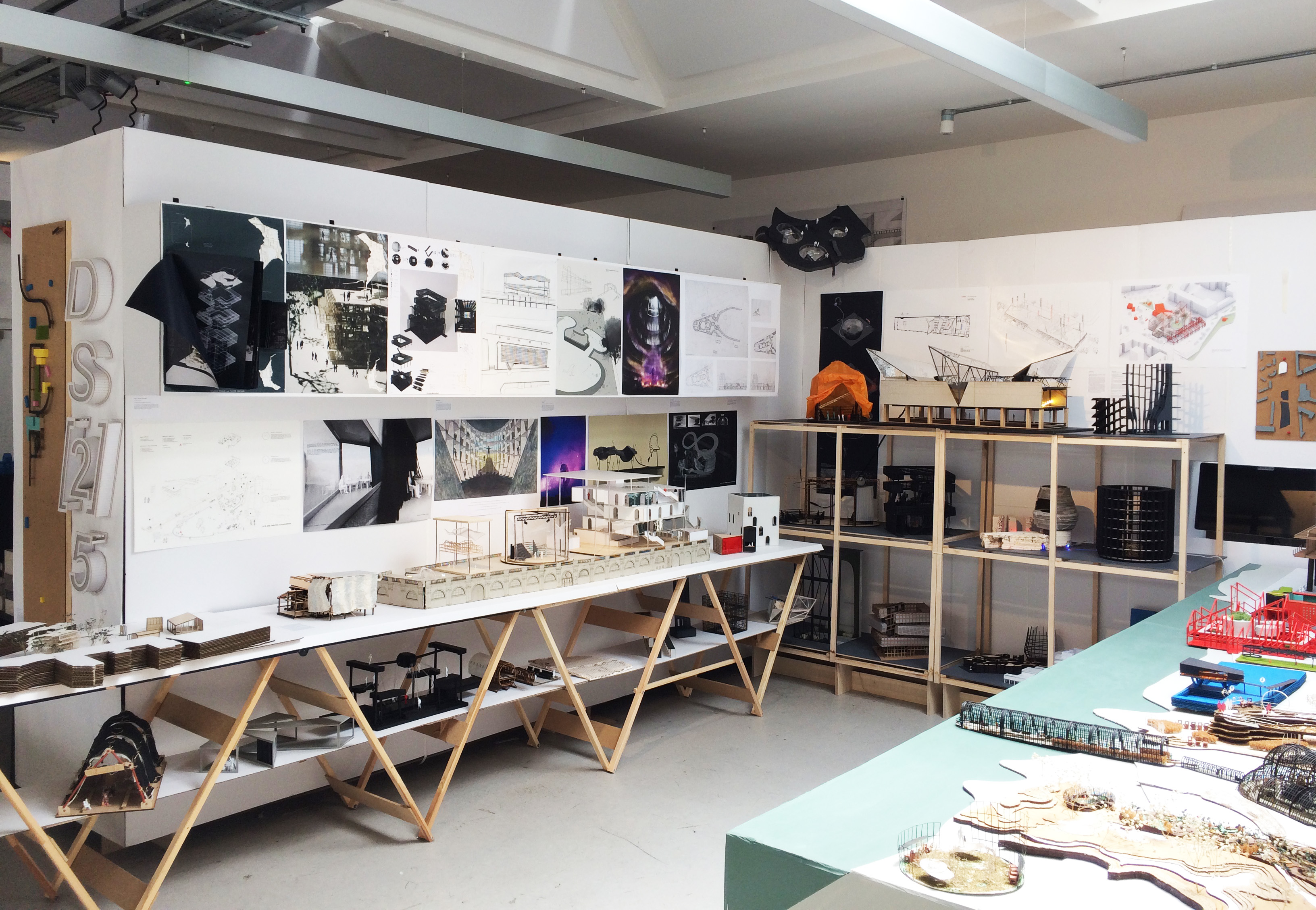 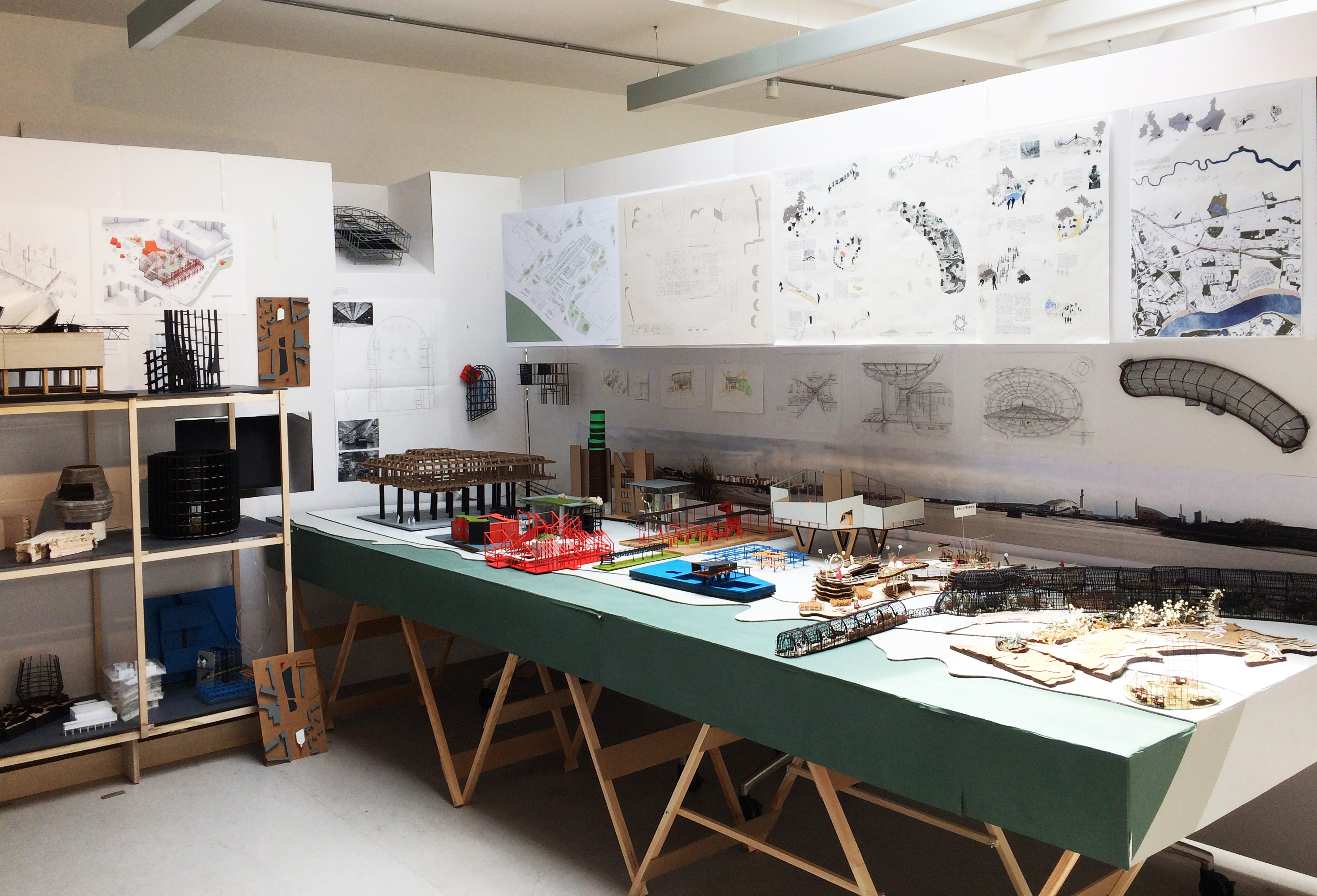 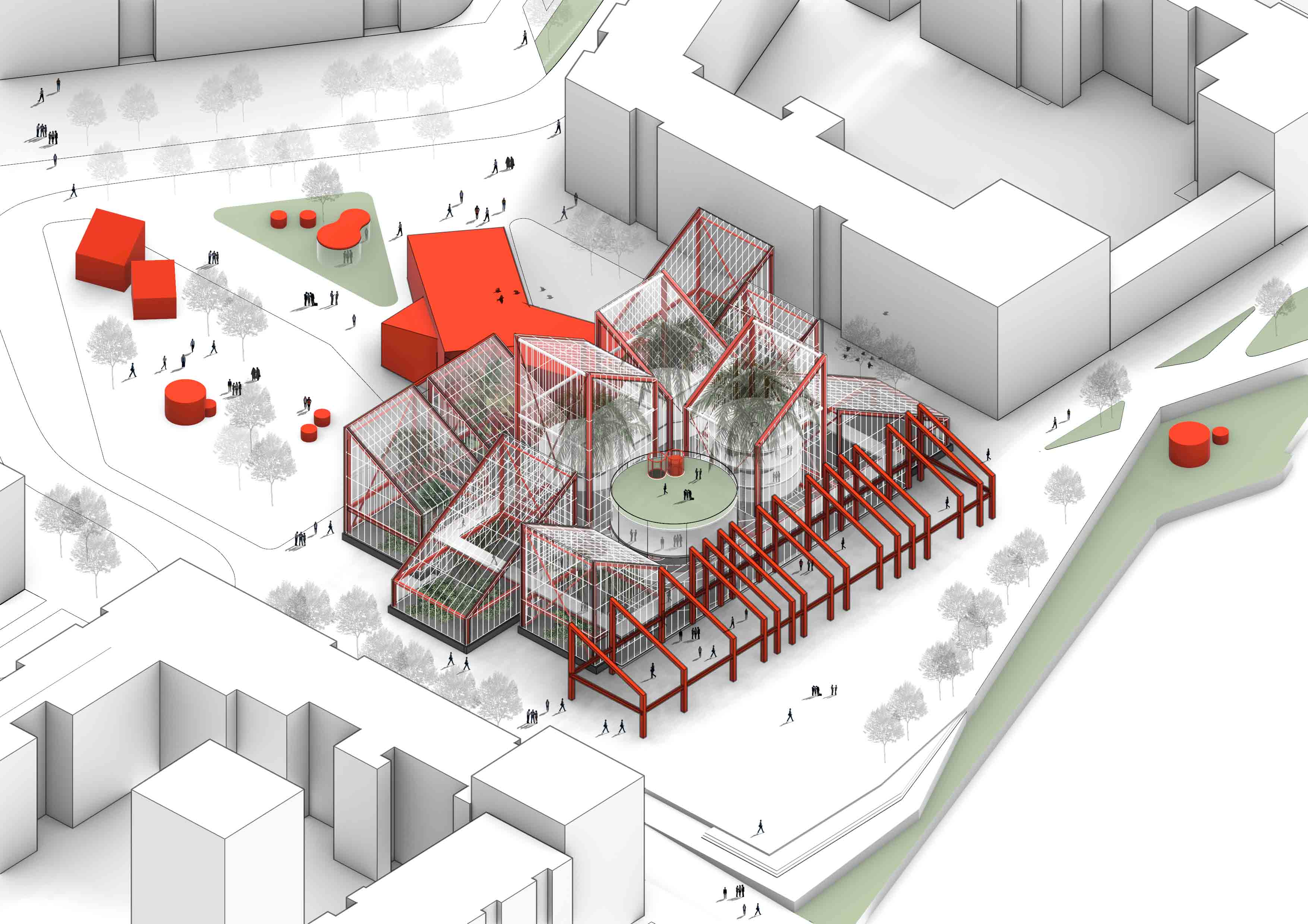 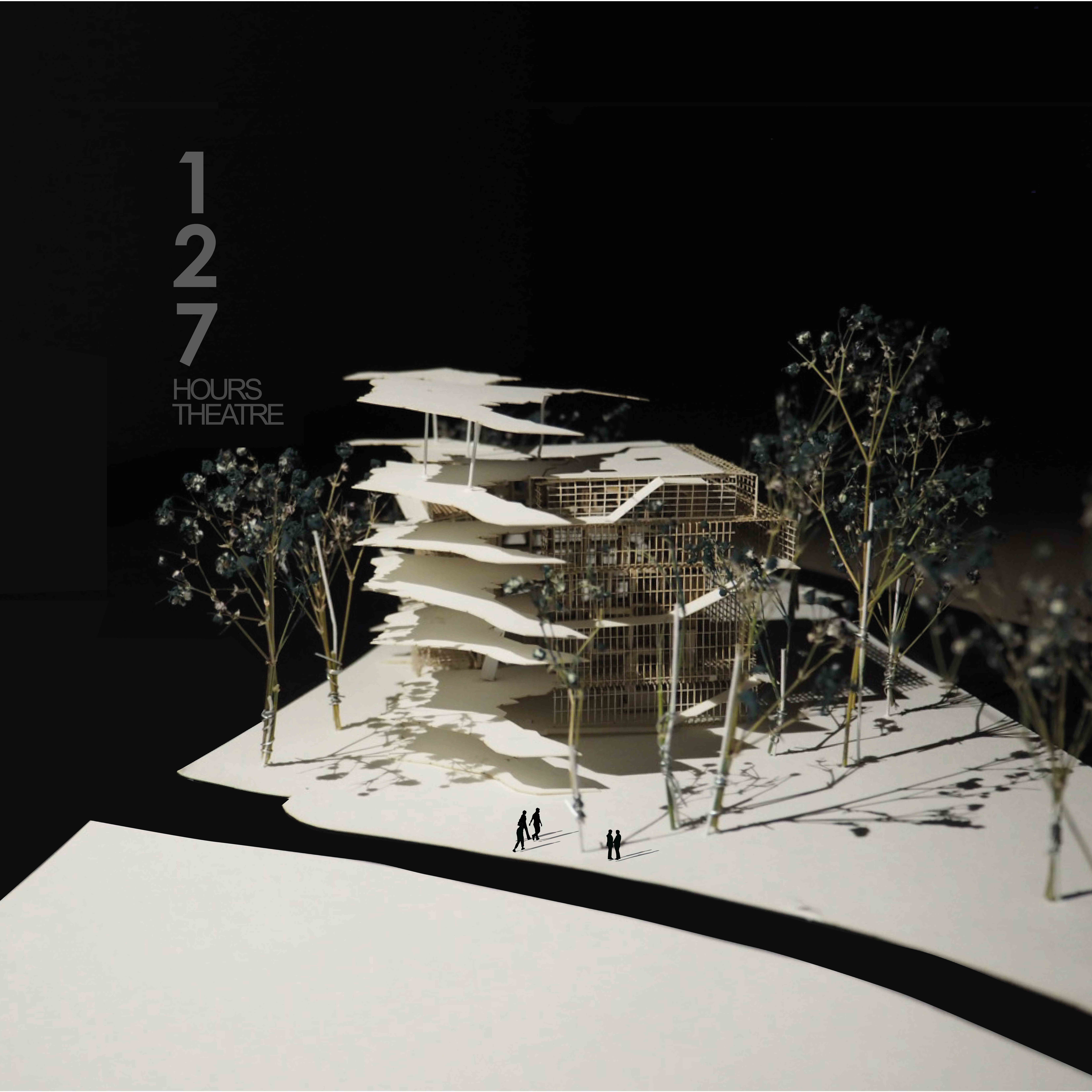 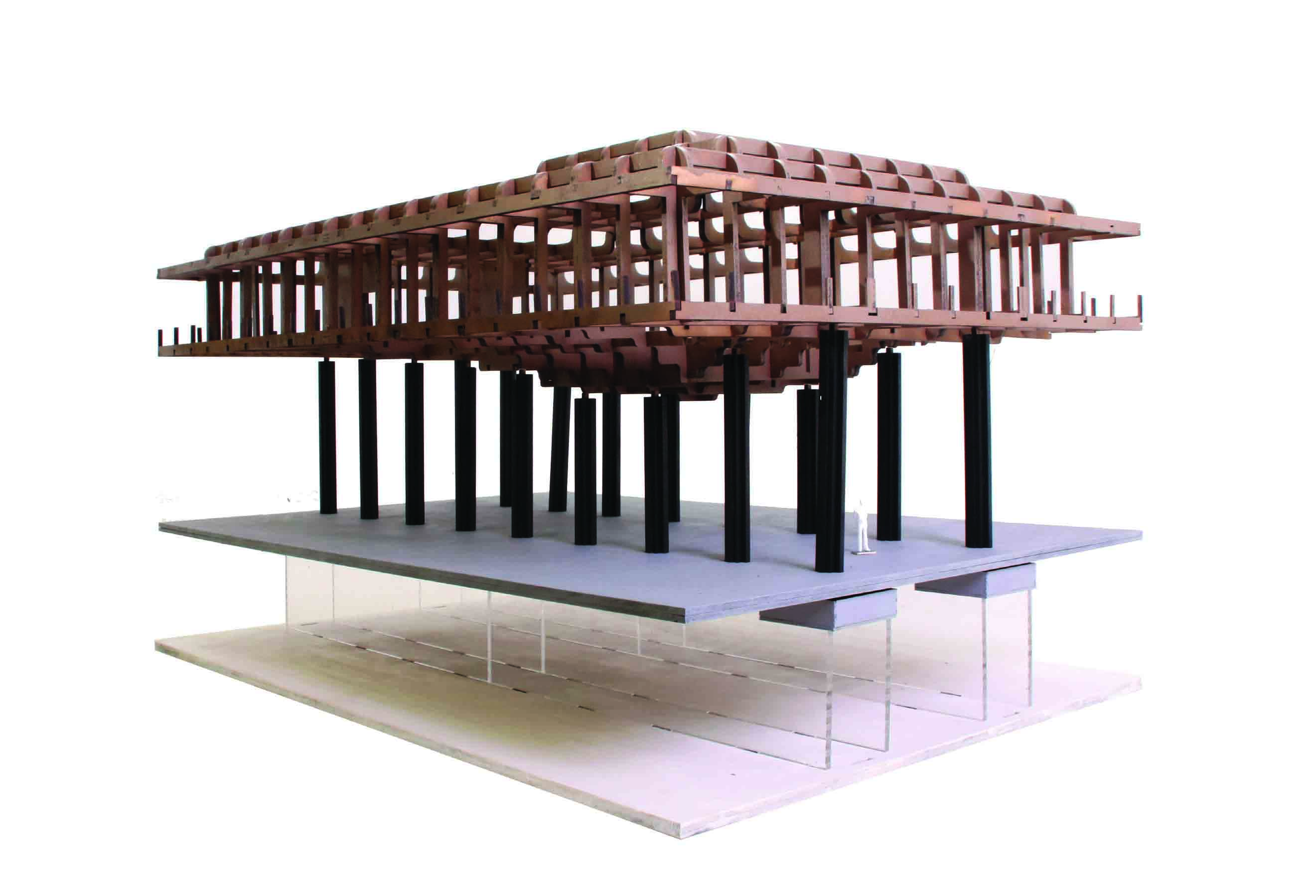 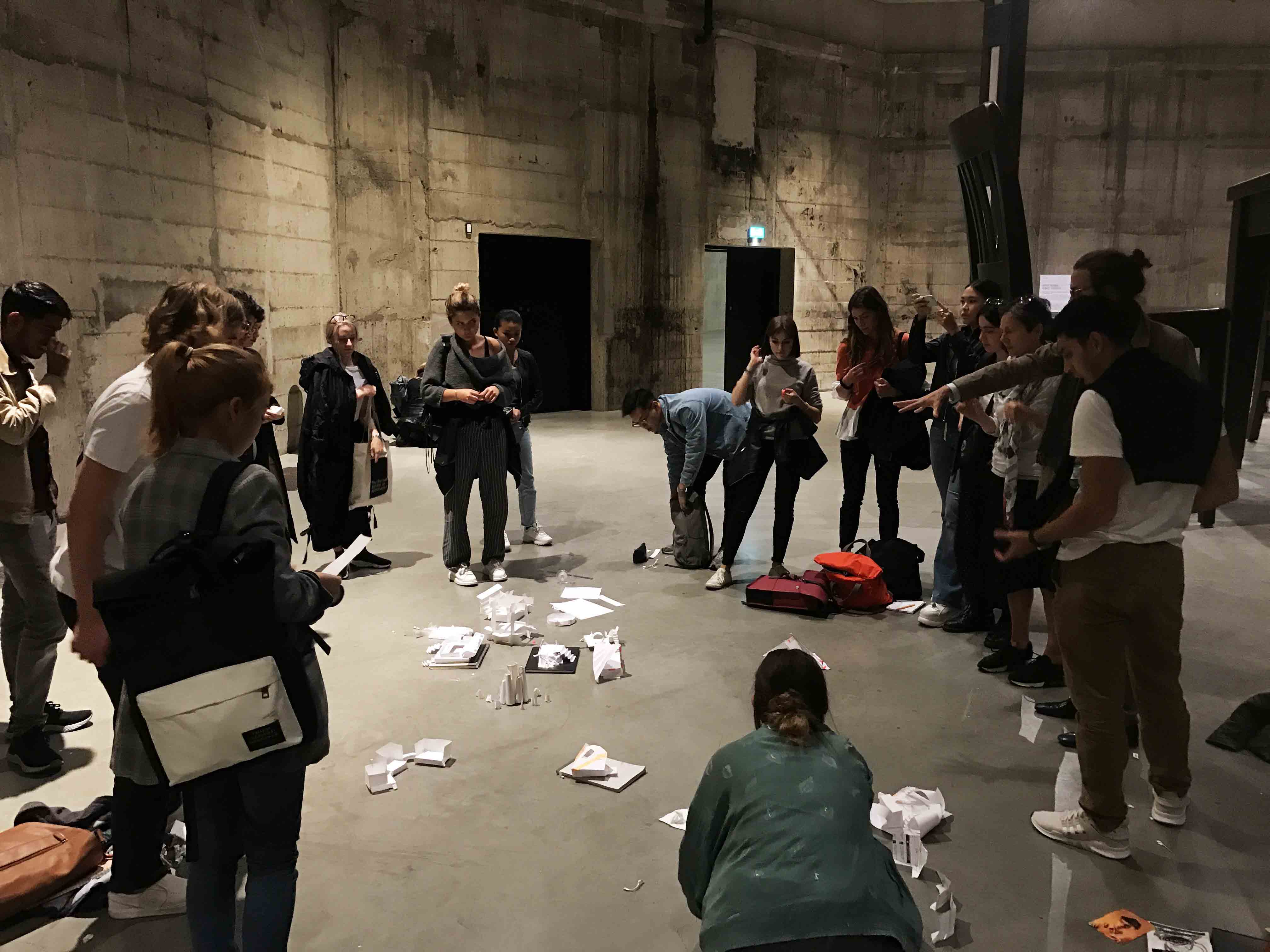 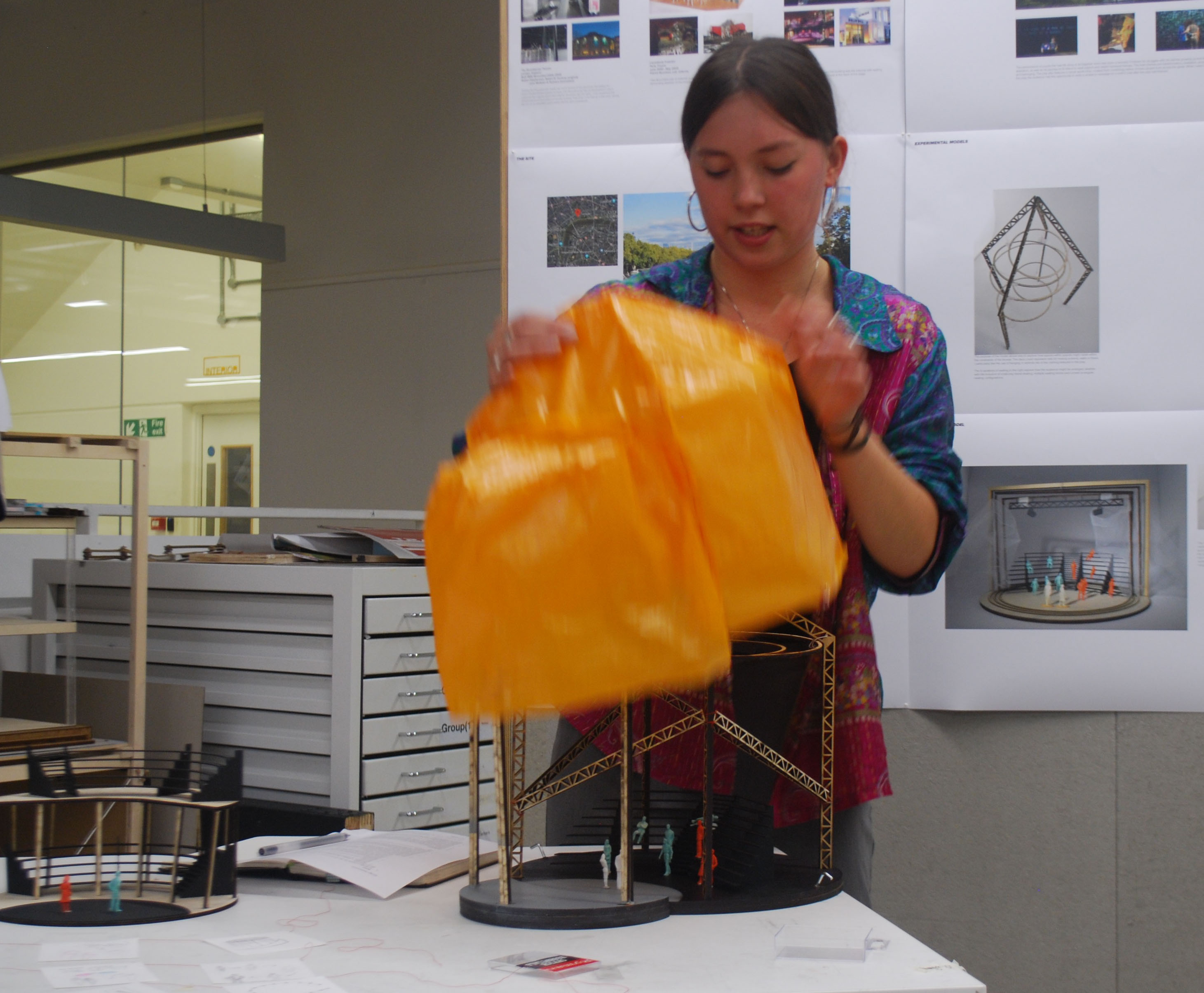 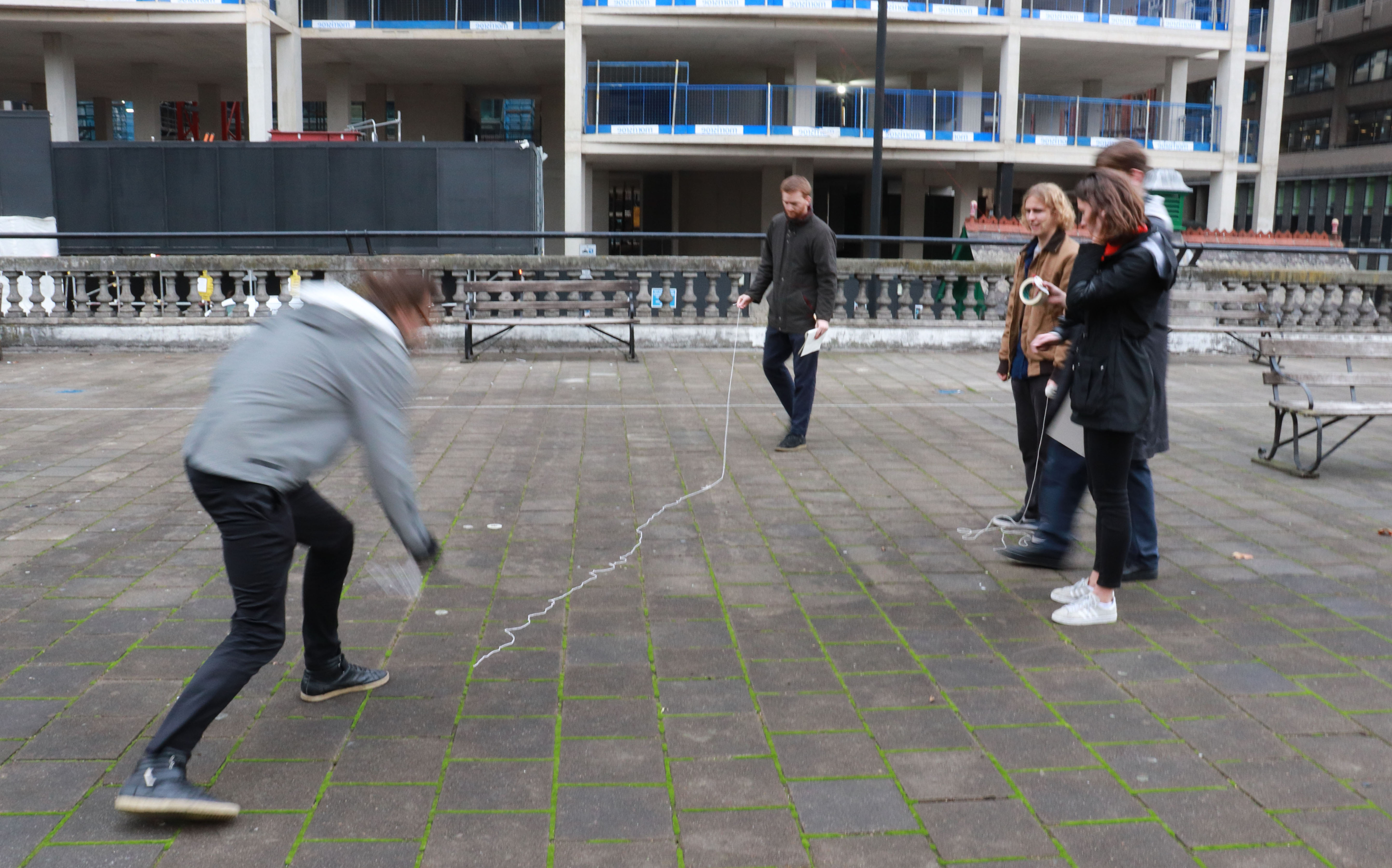 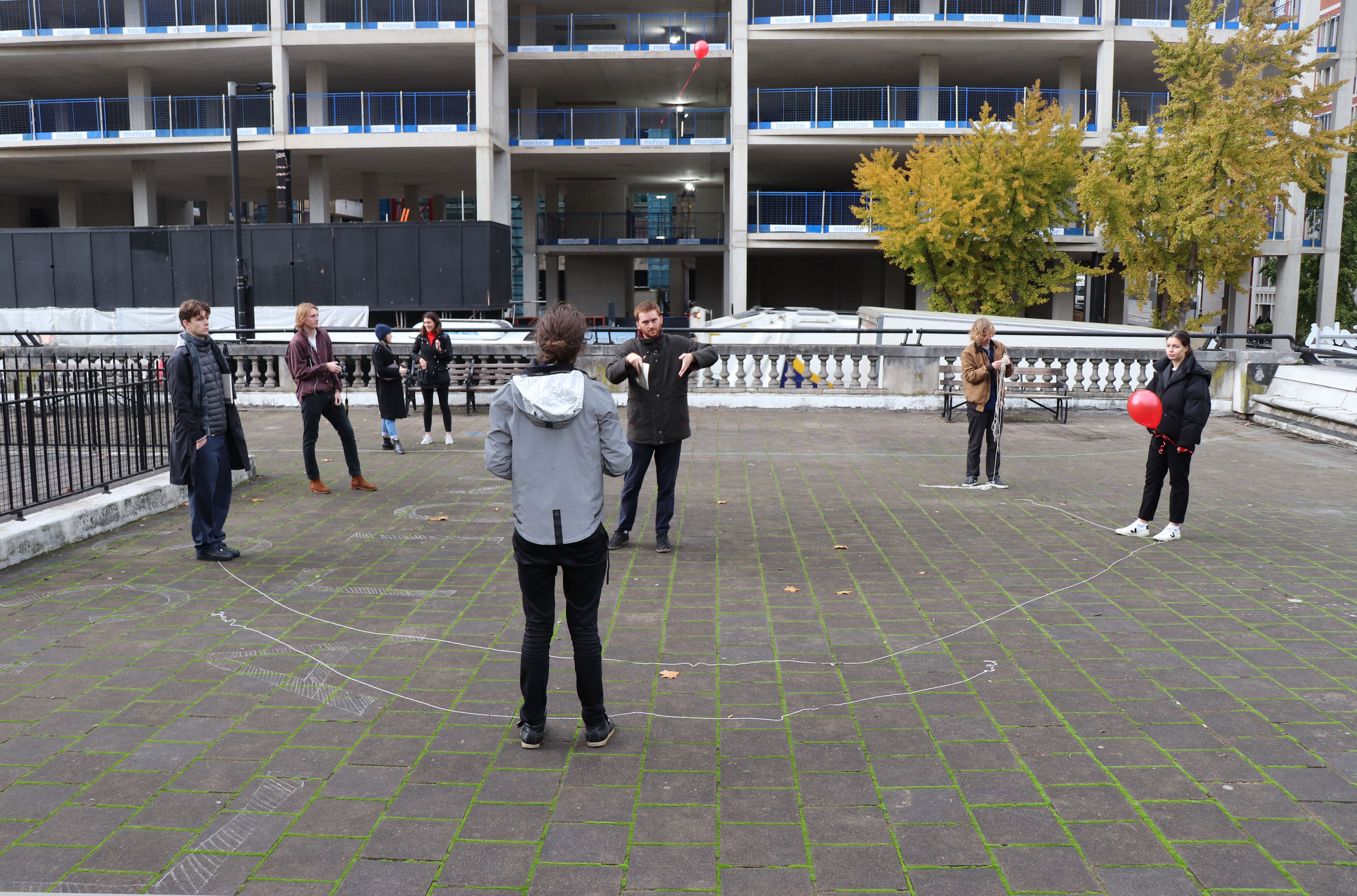 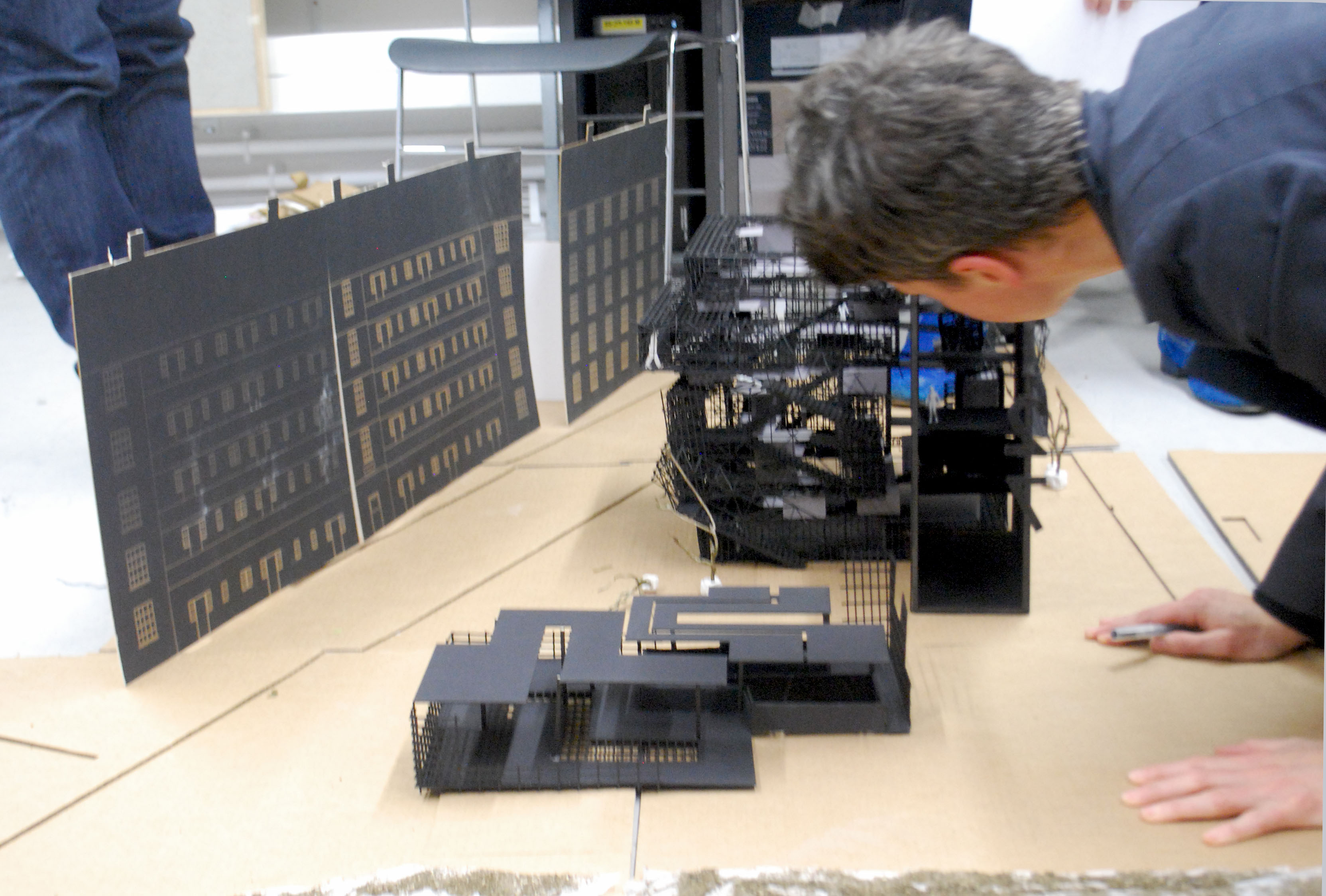 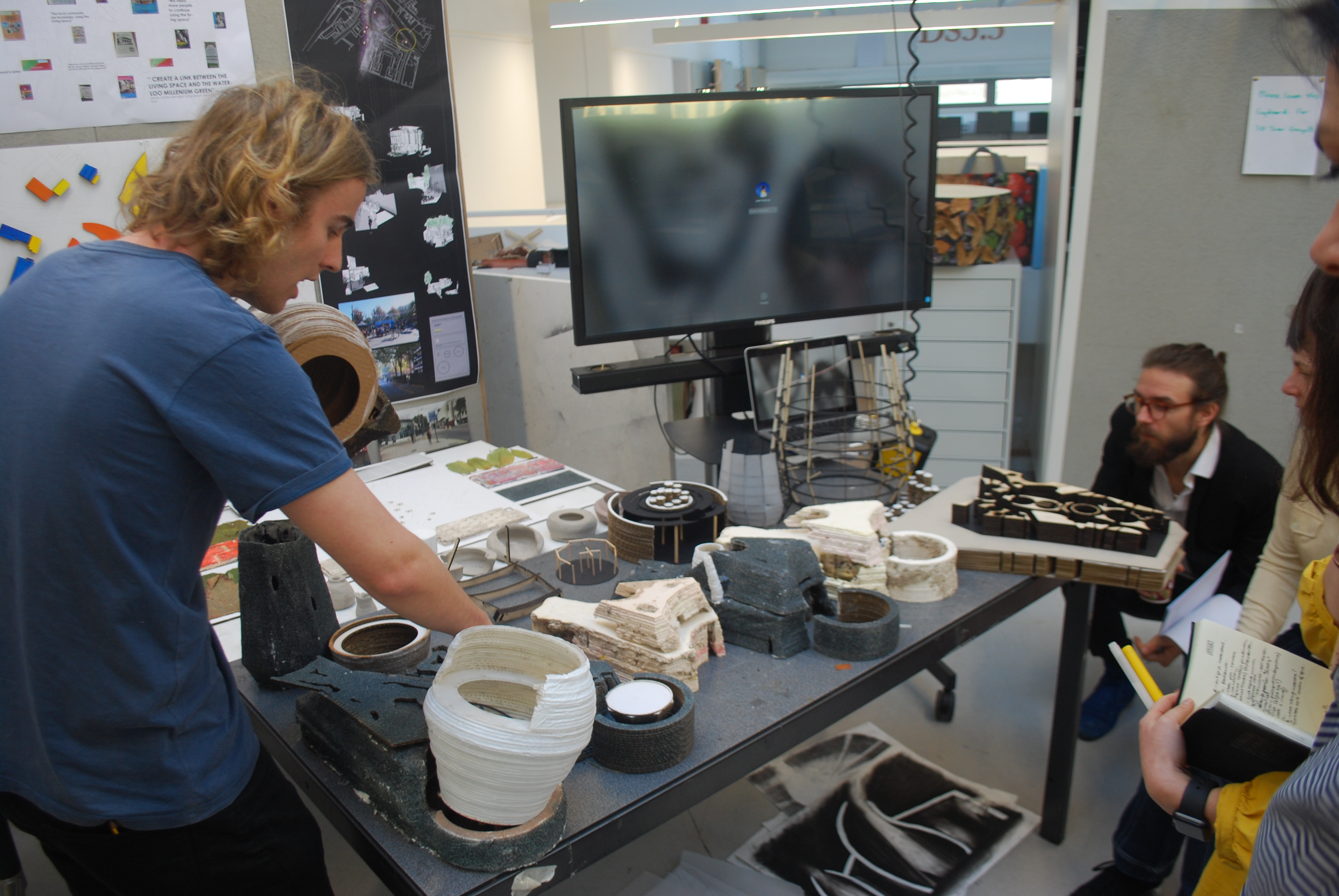 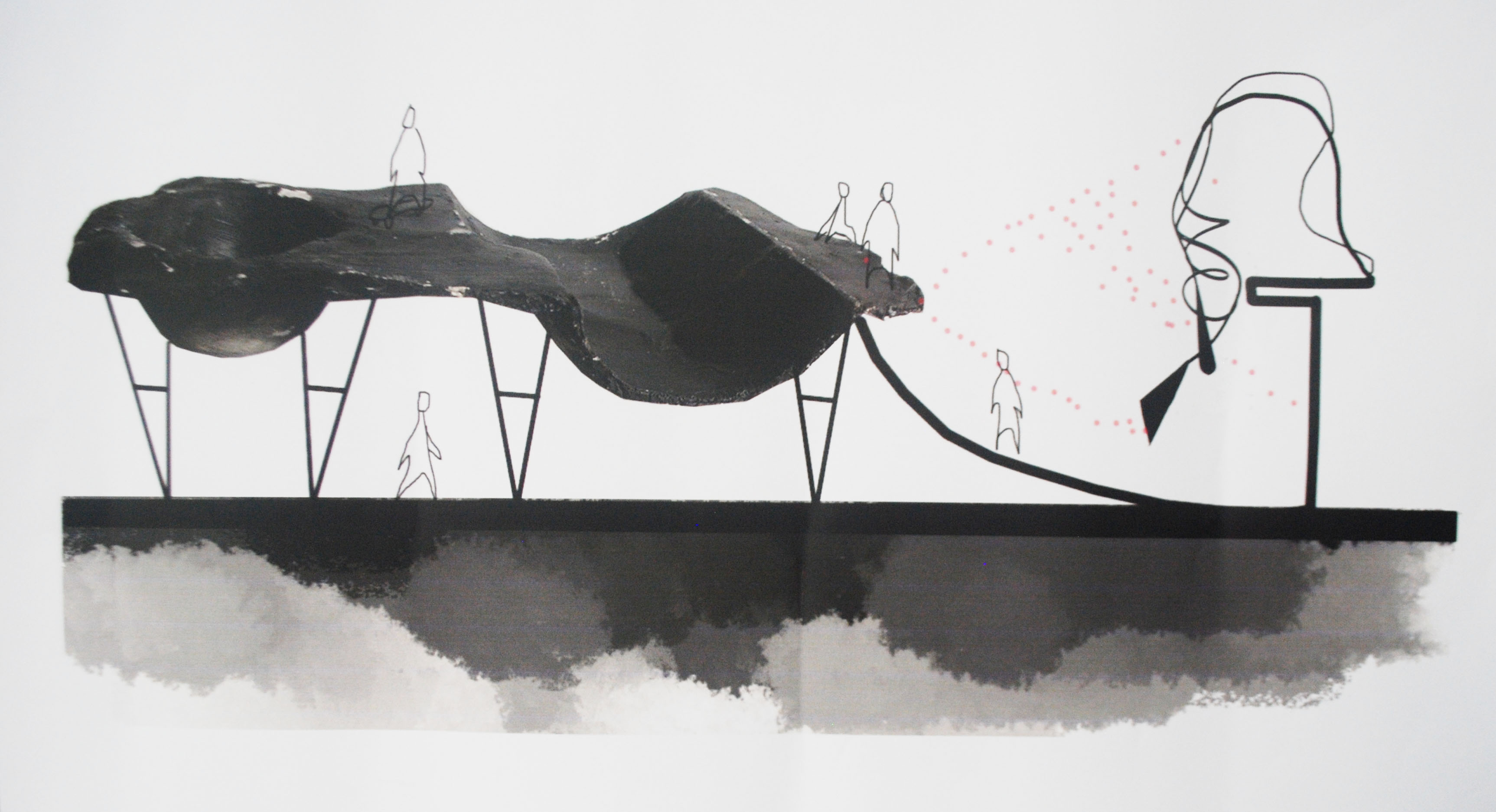 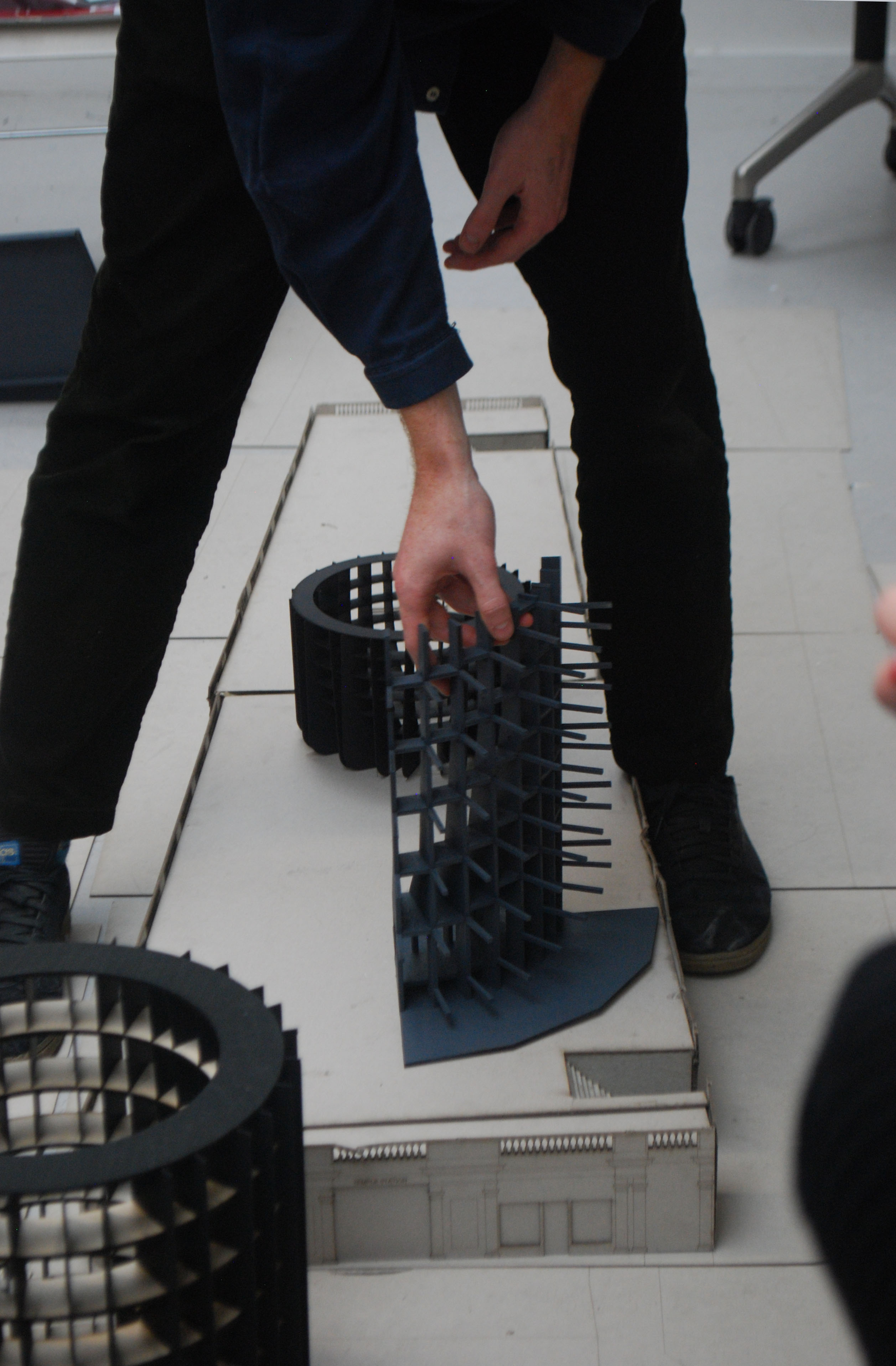 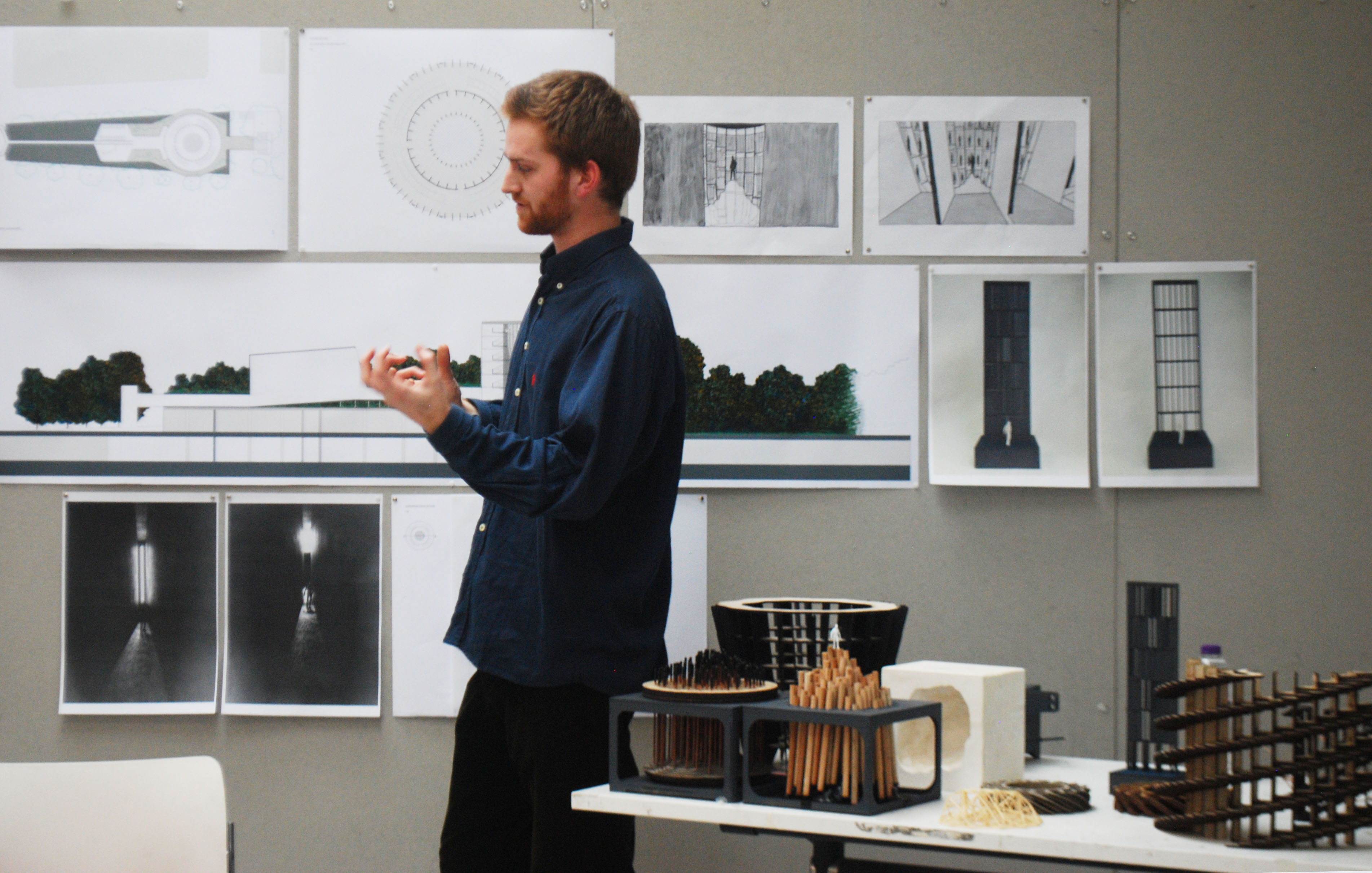 Camilla Wilkinson is an architect and lecturer. She has worked in practices in Germany and the UK include Allies and Morrison, Sauerbruch & Hutton, Alsop, Lyall and Stormer. Camilla is undertaking research and lectures on the 1914-18 war camouflage system Dazzle Painting as Experimental Practice.

Chris Bryant is a founding director of London practice Alma-nac Collaborative Architecture. After graduating from the Bartlett he worked at Arup Associates and taught at Birmingham School of Architecture. Alongside practice and teaching he co-edited AD, Re-invention – New frontiers in architectural practice, with his fellow directors at Alma-nac.

We are an outward facing studio where the process of developing architectural ideas relates to the messy, unpredictable and complex existence of life in the city. DS2.5 explores concepts of narrative architecture as a means of understanding design processes, spatial sequencing and architectural expression.

We encourage experimental use of media at early concept development stage and an imaginative approach to the use of resources, materials and construction.

Study of architectural precedents is central to the learning process. We will hold tutorials in some of London’s most celebrated (and contentious) buildings. Existing buildings have been tested, possibly over centuries and are primary case studies for use and re-use.

Performance – whether theatre or sport – is a live event. Human events and performance take place everywhere, all the time. In cities, human activity is entirely connected to its manmade fabric. Within the city, performance spaces exist that are designed to create a set of conditions that allow time and space to be transformed. Time can run backwards (historical writing), it can be compressed (events over weeks or years taking place in two hours) space stretched (distortion) or implied (imaginative superimposition). In these seemingly safe performance spaces, life, death, and everything in between can be played out, imagination and emotion stretched and tested. These events are carefully planned and rehearsed. In sport, the rules are in place, but the performance is real, and outcomes unknown.

Last year we explored the idea that architecture is a live experiment, and that experiments generally require a level of (informed) risk taking. This in turn necessitates the possibility of failure. Good failure (the building blocks of success) and bad failure (a catastrophe that involves human or environmental crisis). And that to make experiments, to test an hypothesis and risk failure requires vision and courage.

Exploring the relation of human activity to architecture, we will study the ideas of architects Bernard Tschumi, Cedric Price, Lina Bo Bardi and writer Jane Jacobs. In the 1970’s, architect Bernard Tschumi questioned the formulaic application of Modernist construction principles that has developed into a world city architecture. He questioned Le Corbusier’s concept of a building as a ‘machine for living in’ and the classification of functions and activities in the design of buildings that ignored the complexity, multiplicity and messiness of human interaction in the city. Through exploration of the relationship between human behaviour/event and building/city Tschumi created a set of spatial devices (superimposition, distortion, deconstruction) that recognised an alternative hierarchy so that the relationship of human behaviour (event) and architectural possibility could challenge conventions of building type and function.

Theatre in London is flourishing, not only financially but in terms of attracting audiences to intense socially focussed experimental studio performances. In studio theatres and pubs across London inclusive, alternative, fringe, immersive, art performance abounds.

So in terms of architecture what is the performance space? What is its place as a permanent building, either culturally or socially in the city? And what is its potential? It is the permanent frame to the performance? Do theatre buildings create or inspire event? Does performance move forward so quickly in time, responding to societal change, that it leaves the theatre building behind to exist as an outmoded moment in history? Does a theatre become host to nostalgia? Does it become a burden to its community or cherished through re-use as a flexible social hub?

Performance is transportable. Plays, actors, sets move from one venue to another. From provinces to major cities, from country to country, from large to small venues. Performances are reinterpreted, presenting an updated version of an old story. Only the architecture is left behind.

Taking elements of time and performance from Semester 1, we move to Barking Riverside, site of the fledgling New Town struggling to survive faltering British infrastructure strategies. As part of the Thames Gateway, this former brownfield site has been designated a Healthy New Town due to house 30,000 residents by 2030. 6 years after the start of the first phase of 1400 homes constructed residents are still not connected by train to Barking let alone the city of London.

In order to allow mediation between the state and society DS2.5 will design buildings that host civic duties for new and existing inhabitants. This will become a centre for enabling local people to gather, debate and argue local governance of Barking Riverside as it develops. In order to soften and build community relations, the Big Civic Building will house one of the promised programmes (Ecology Centre, Health Centre, Cinema) and may provide some fun too. How will the architecture of this Big Civic Building be expected to perform in a Healthy New Town? What will it say about ambition for the future of Barking Riverside?