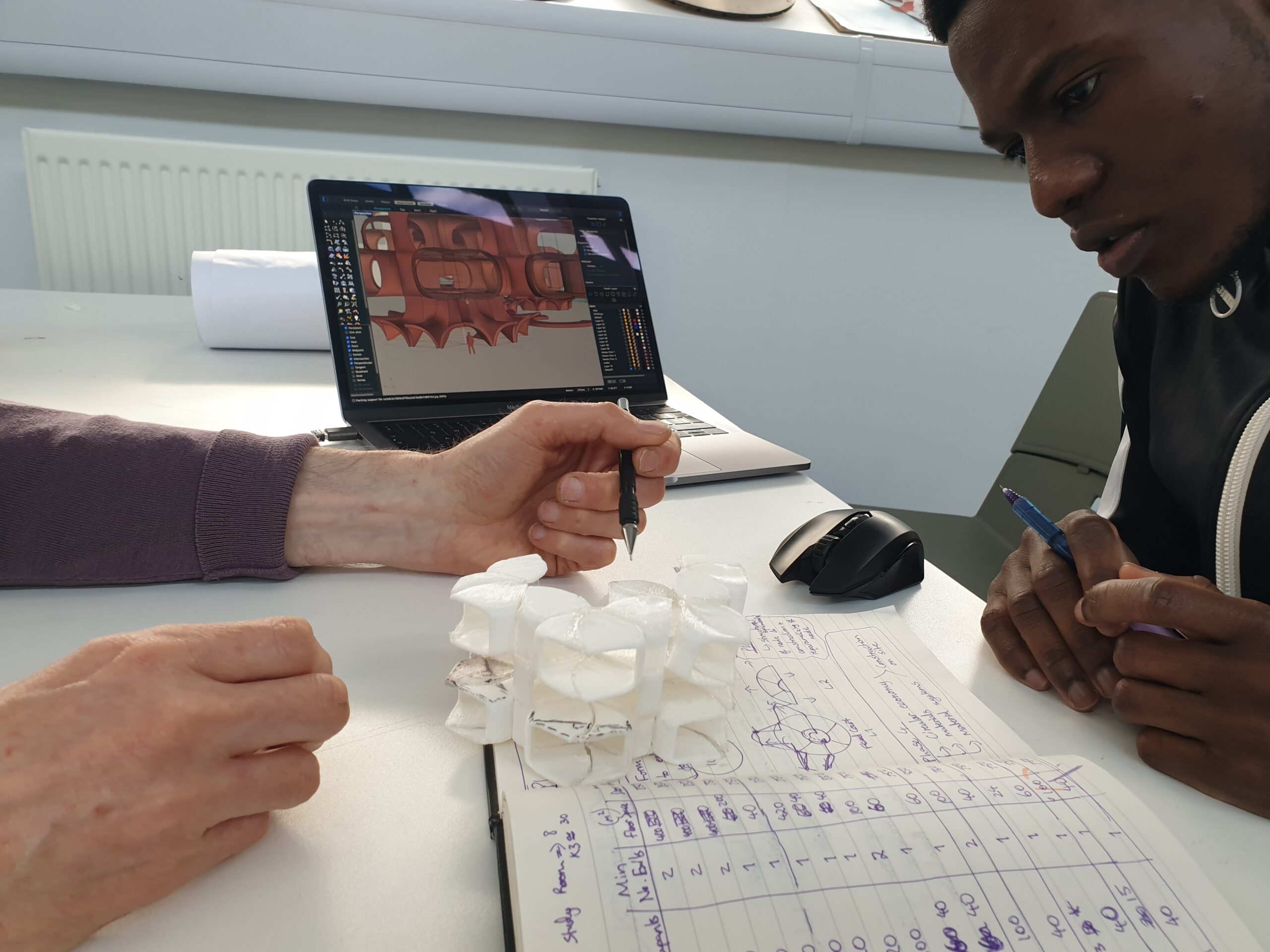 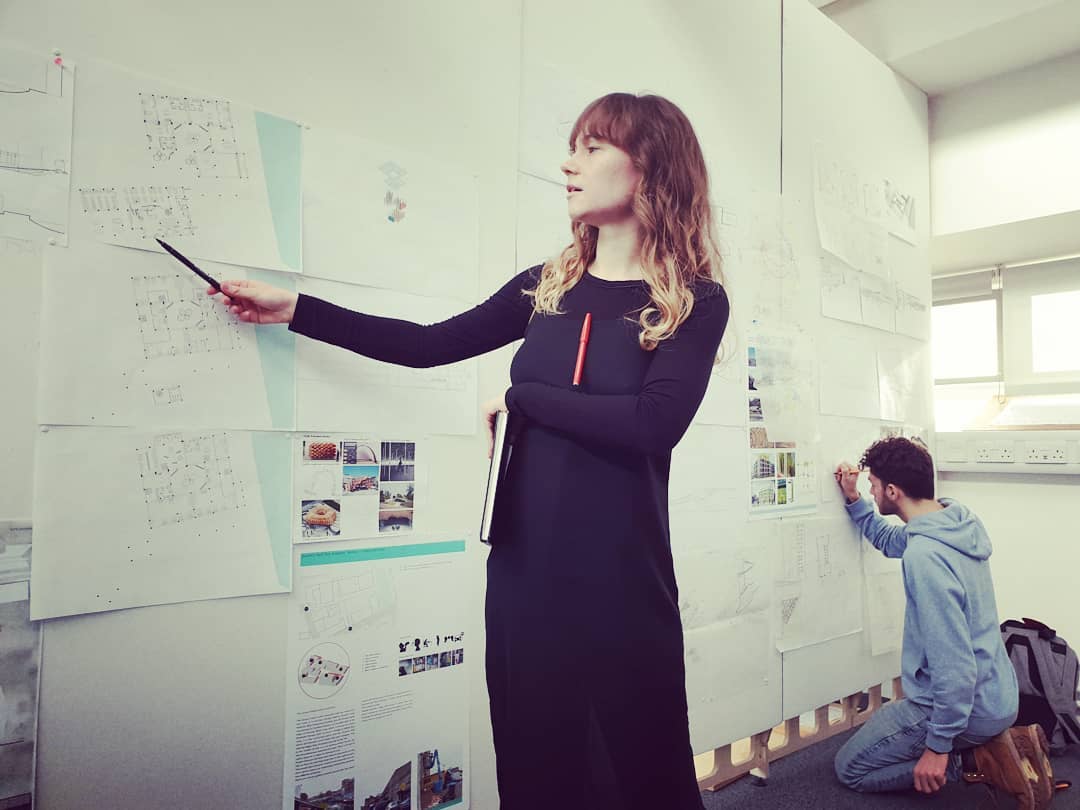 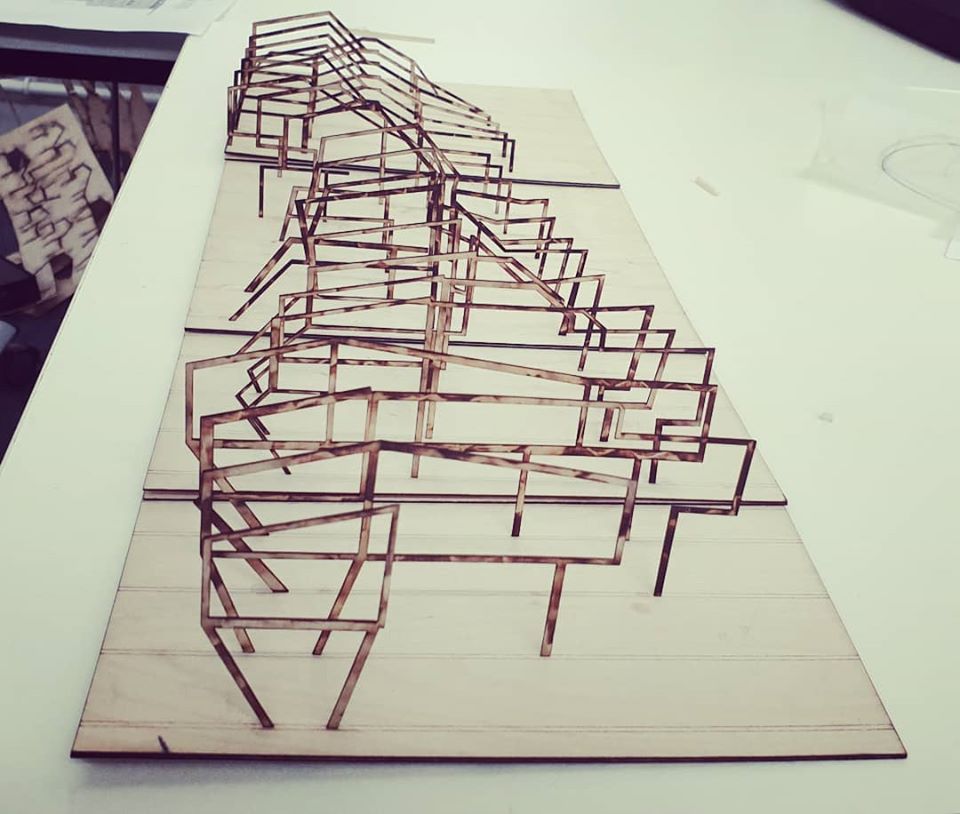 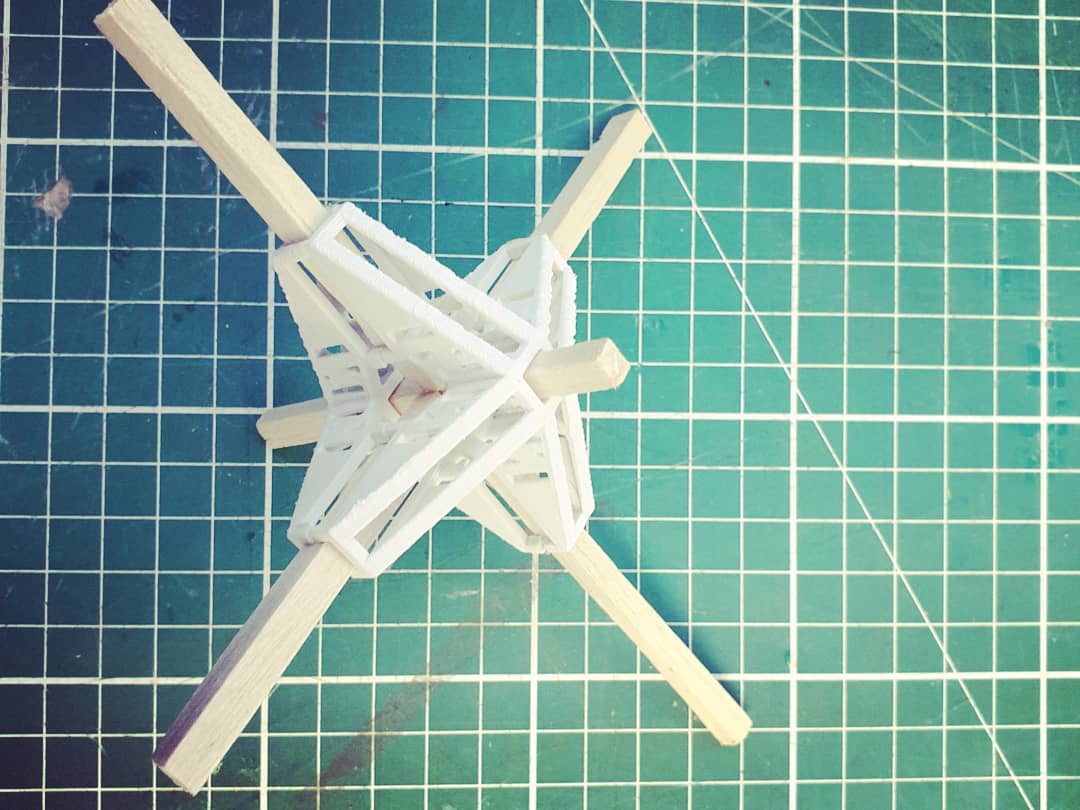 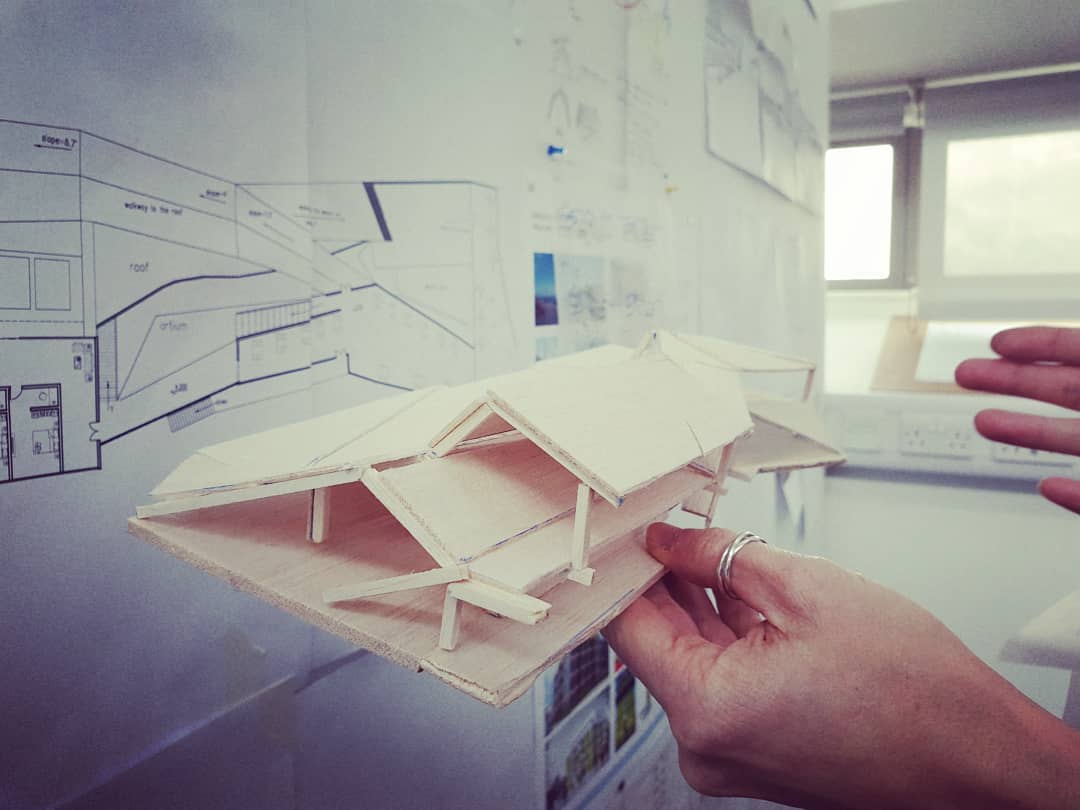 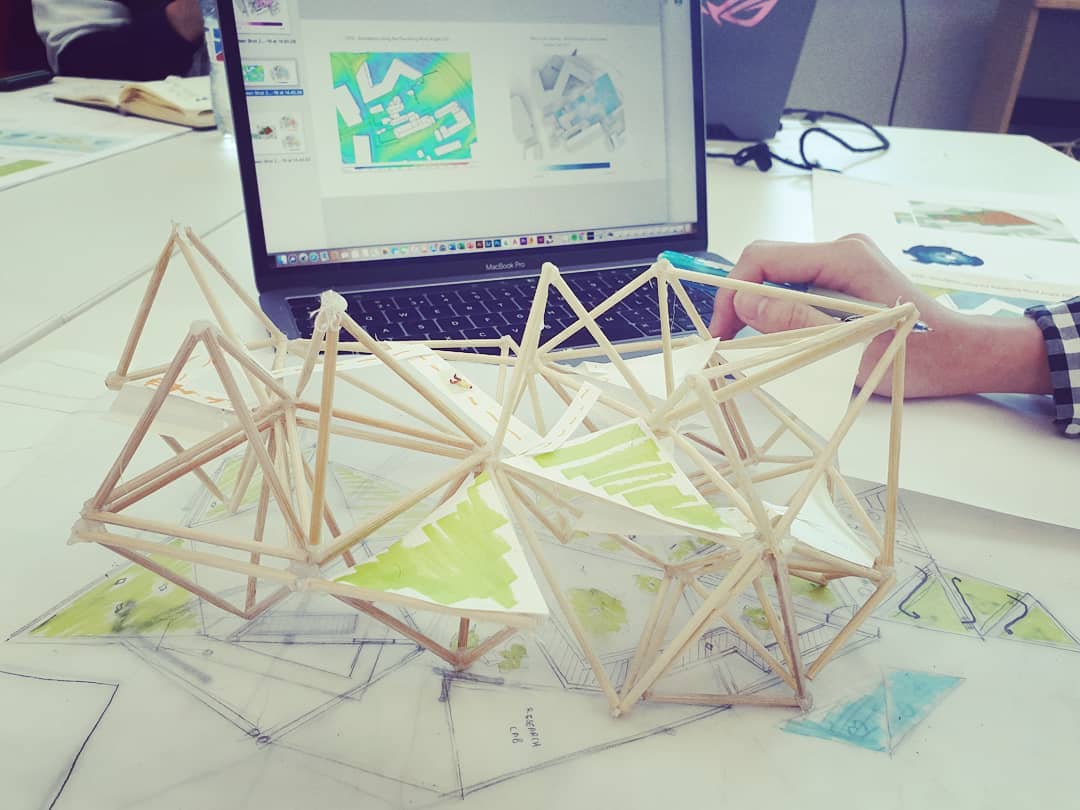 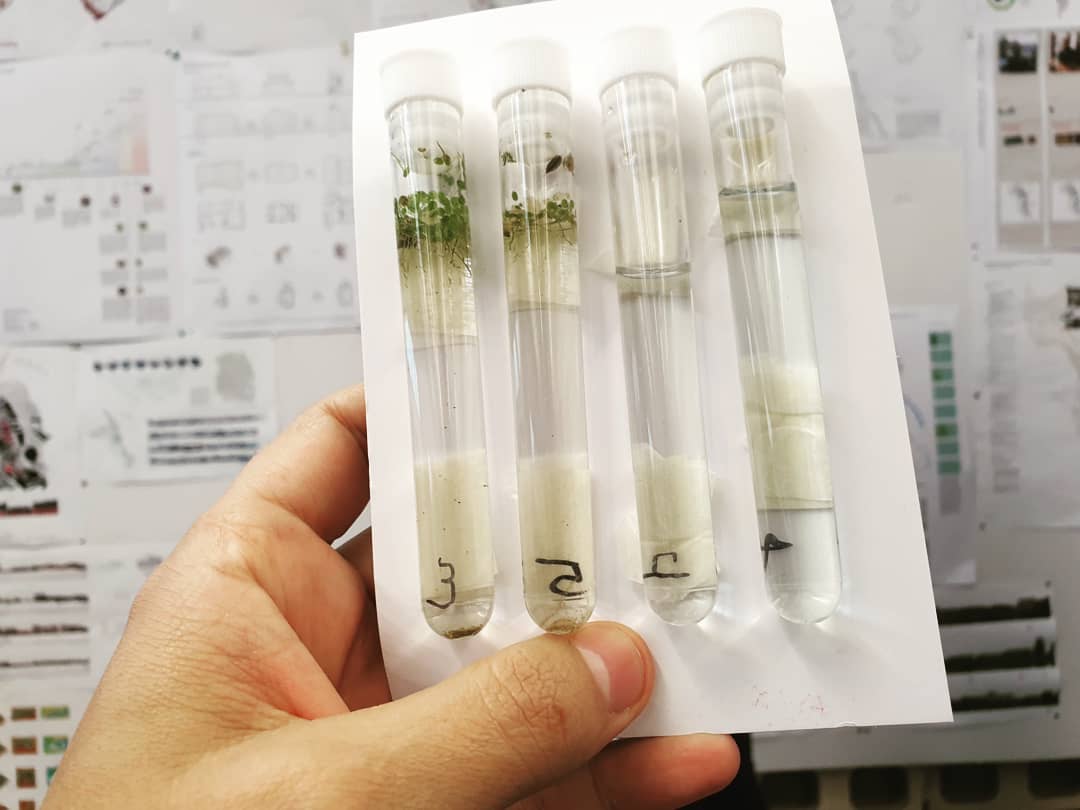 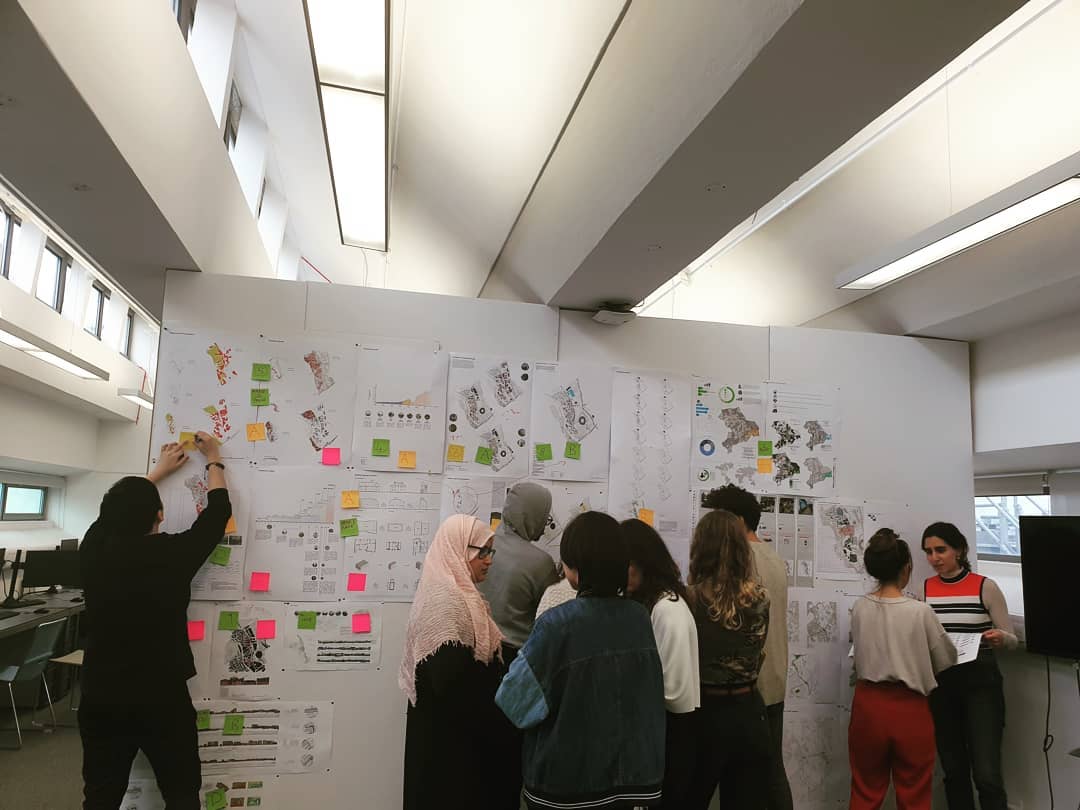 PRODUCTIVE ARCHITECTURES:
towards an ecological approach to environmental design

How does a surrounding element, with its various specific characteristics, affect the general form we have been studying? How does the form, both determined and a determinant, assert itself against these elements? What manner of hard parts, soft parts, interior parts, and exterior parts are created in the form by this effect ? And what is wrought by the elements through all their diversity of height and depth, region and climate?

The studio is conceived as a research by design laboratory investigating on performance-oriented urban architecture; through the negotiation between multiple social and environmental parameters, the discourse of the studio explores an information based design process towards an ecological approach to the built environment.

Therefore we investigate on a new paradigm between artifice and nature with the aim to define performative criteria in order to regenerate wasted fragments of our cities at the edge of climate change. We consider ecological architecture as a productive device able to support local communities from the environmental, economic and social point of view.

For these reasons the area of study will be Hackney Wick in East London, one of the most challenging and ever-changing areas in UK. Students will be asked to develop their individual projects through a design process able to recognise and respond to local needs.

Hackney Wick is surrounded by the A12 road to the west and the River Lee navigation canal to the east, with Queen Elisabeth Olympic Park on the other side of the canal. The river running from the north Lea Valley to the Thames has been home to centuries of invention and production as well as marshes and green spaces. Hackney Wick is a key part of the London Legacy Development Corporation’s (LLDC) wider vision for the Olympic Fringe, which seeks to establish a series of hard-working and bustling town centres that can cater for existing and emerging communities. Hackney Wick developed over time in parallel with the industrialisation of the Lower Lea Valley. It was once characterised by large scale factory yards and wharves sitting alongside residential terraces. By the late 19th century, the growth of industry contributed to social decline. In the 60’s, the authorities targeted the area for improvements including new flats and public facilities, however pockets of poverty still exist. The area has attracted artists for decades due to the available and affordable spaces to live and work. Hackney Wick is now going through a process of regeneration and “gentrification”. Students will explore the transformation of the area with a critical and constructive vision to identify suitable sites for their proposals of “productive architecture” stitching together the existing and the new, the industrial and the social.

Environmental design as a process

The analysis of the site will be both qualitative and quantitative with the aim to identify and localise the site’s ongoing dynamics as well as the needs of the local community. Therefore students will be asked to produce diagrams, maps, video etc. as generative and inspirational tools for their design process. The interaction between digital and analogue techniques will be explored to analyse at different scales some of the following topics: social scenario, micro climatic conditions, infrastructural network, neighbourhood facilities and more. Emphasis will be put on the localisation and the study of the residual and abandoned spaces along the Hackney Wick canals. At same time an analysis of local actors and networks made through interviews and conversations will inform the agenda of each of the projects.

Taking advantage of the results of the initial analysis each student will be asked to focus on a specific site of the area of study proposing a design strategy. Such strategy will inform the performative criteria that the project intends to respond defining the potential users as well as the programmatic aspects of the proposal. At this stage the students will have to set a series of rules and constraints in order to frame their personal research interests in relation to their project. This set of architectural operations will regulate cause effect relation between the geometry, the material system and the performances of each proposal. Emphasis will be put on the concepts of productive and mixed use architecture with the aim to generate off-grid solutions.

We consider ecology as the study of interrelation between organisms and their environment. In this sense the differentiation and performance of material organisation will play a key role for a responsive architecture and its interaction with the built environment. Therefore emphasis will be placed on form- finding techniques able to shape the initial concept design through the making of many evolutions and evaluation of physical and digital models. The catalogue of solutions of phase 3 will be tested through simulations and evaluated from many points of view: ergonomic, environmental, structural, material, social, etc. The best negotiation according to the different parameters will be developed further as the final architectural configuration of the project.

We believe that the interaction between low and advanced technologies will play a key role in ecological architecture in the next decades. Therefore each project will focus on the possible application of affordable technologies able to improve environmental performances towards a self-sufficient architecture. Meanwhile emphasis will be put on sustainable construction systems in order to have customised prefabricated solutions within a circular economy approach.

Each student will be asked to select one specific architectural element (façade component, structural component etc.) of their proposal in order to investigate on the material and assembly systems. Therefore a series of prototypes will be realised at different scales exploring the interaction between analogue and digital fabrication. Emphasis will be put on the use of natural and recycled material systems processed with computer aided manufacturing techniques.

The final configuration will be designed with detailed two-dimensional and three-dimensional technical drawings. Therefore each student will be asked to draw plans, sections and elevations of their project at different scales from 1/500 to 1/10. By changing scale the drawings will provide different specific information on the spatial and construction solutions in relation with the context. Emphasis will be put on the control of the aesthetic of the project presentation and its graphic design.