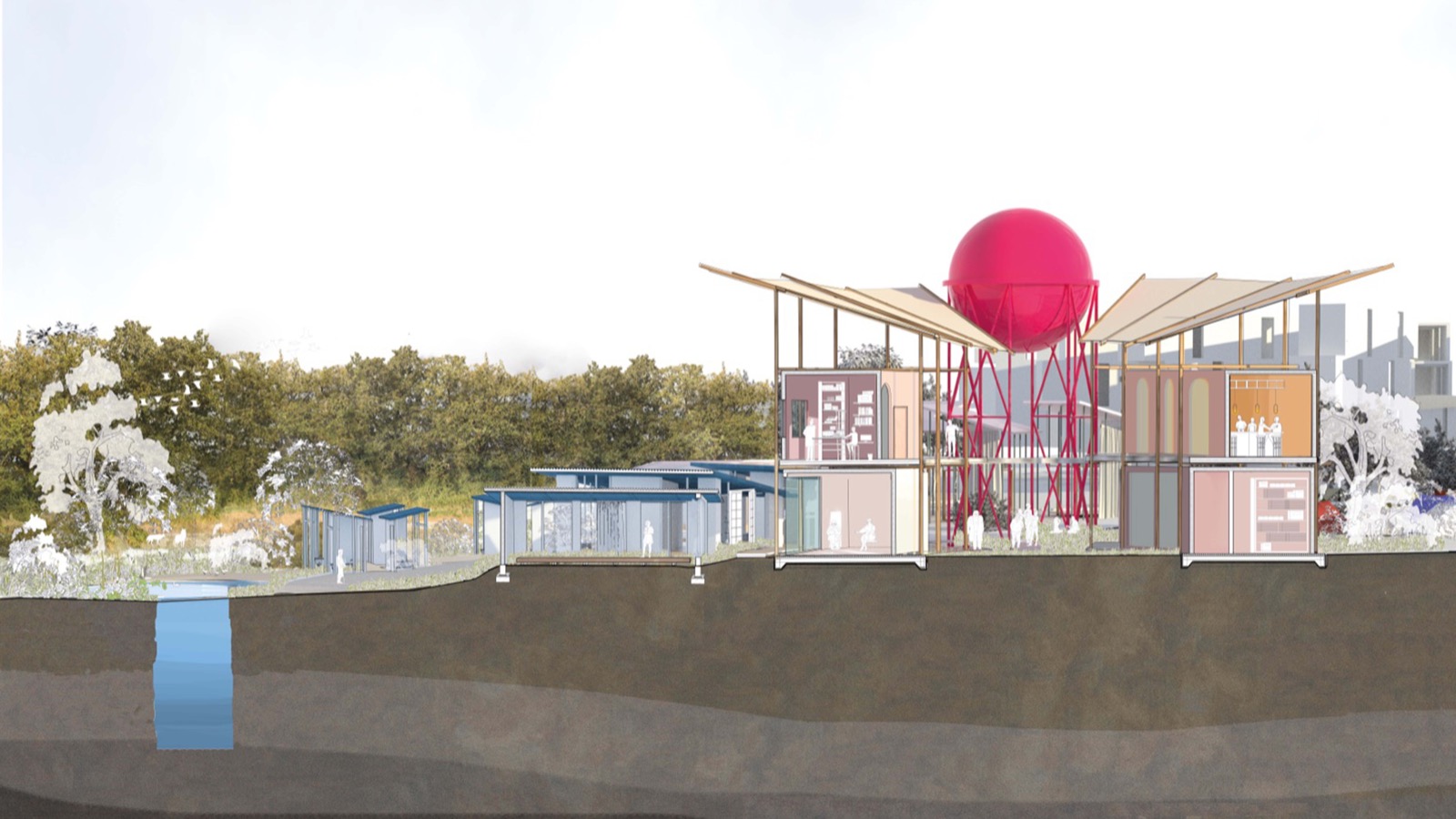 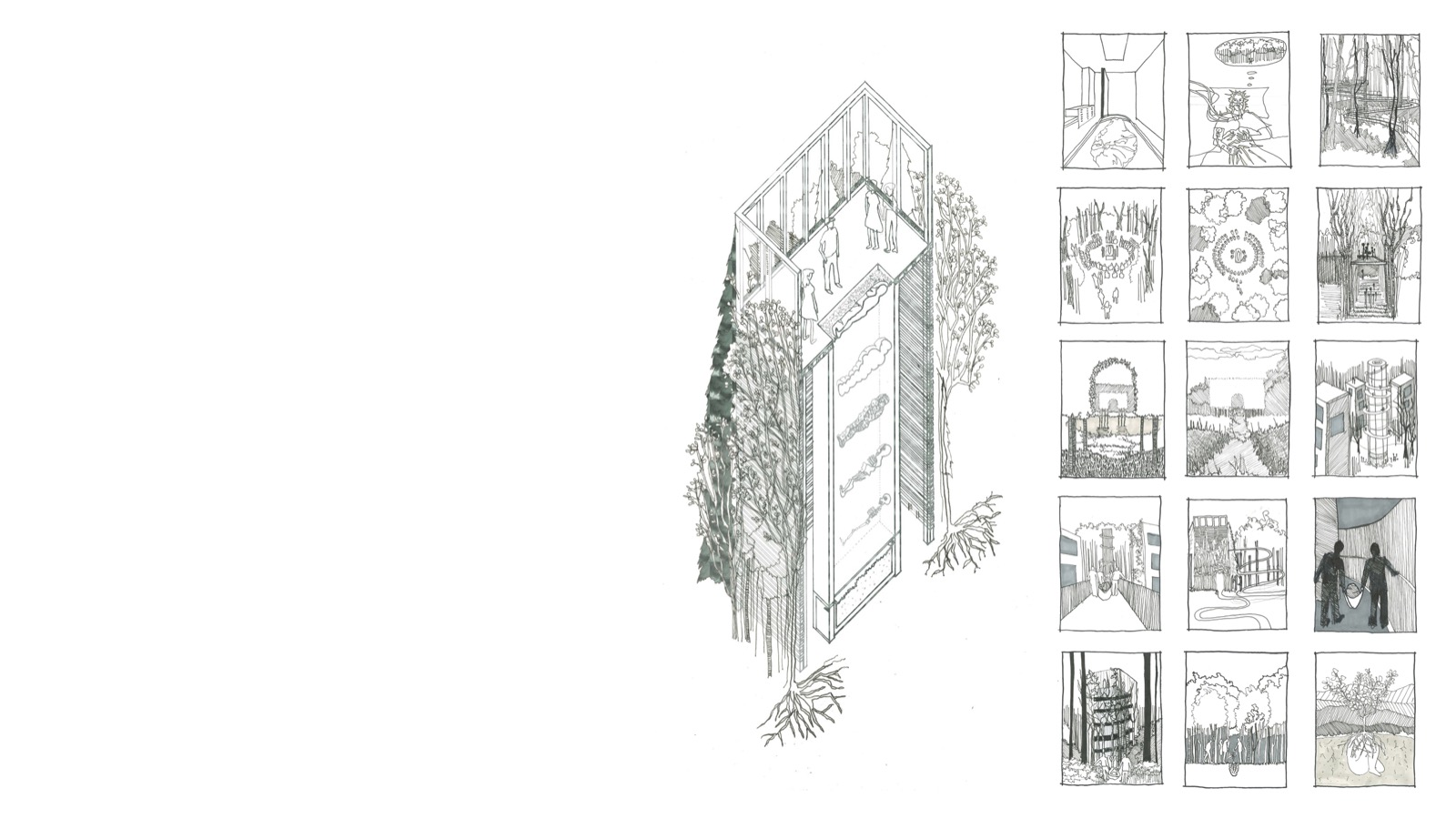 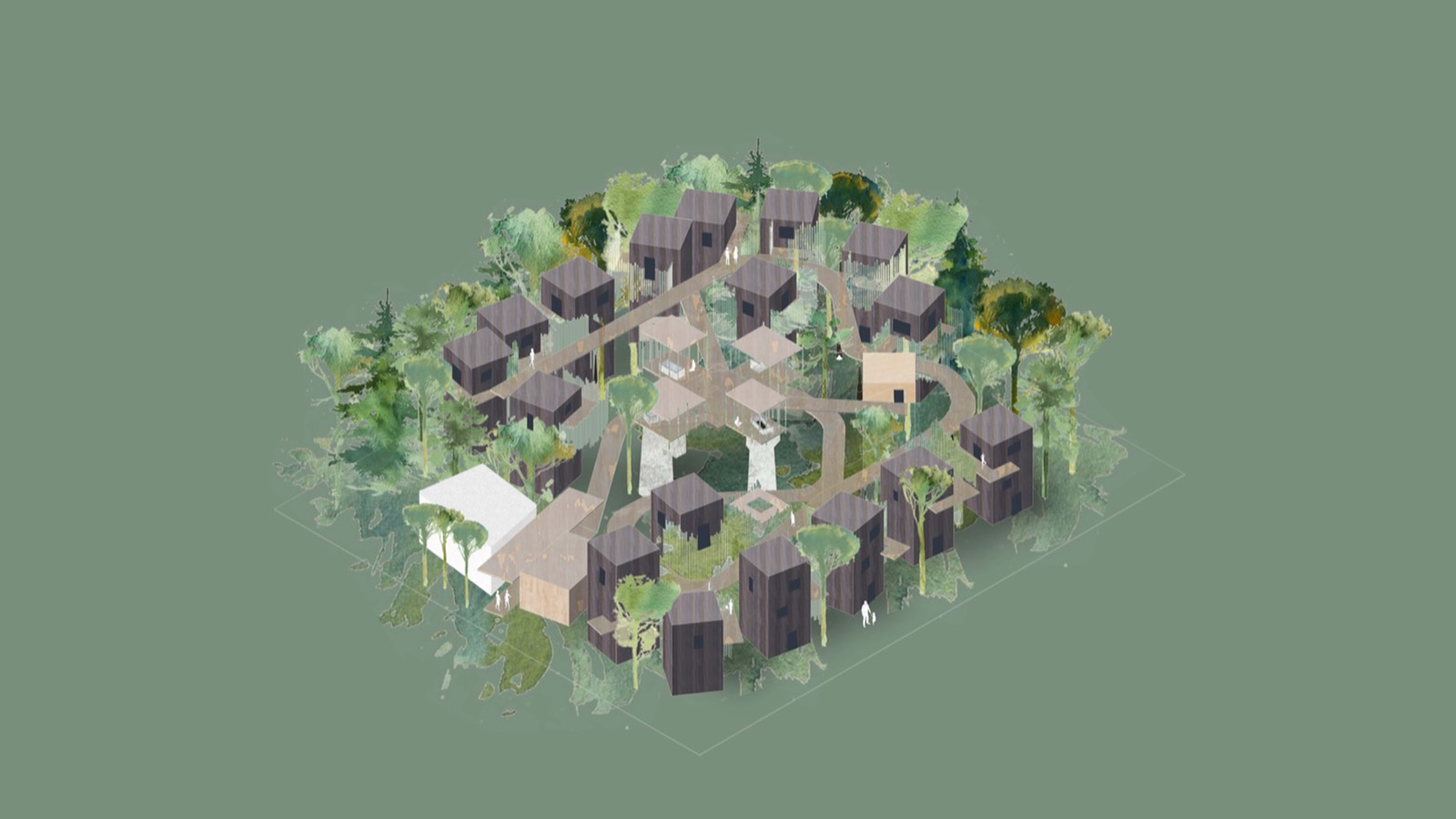 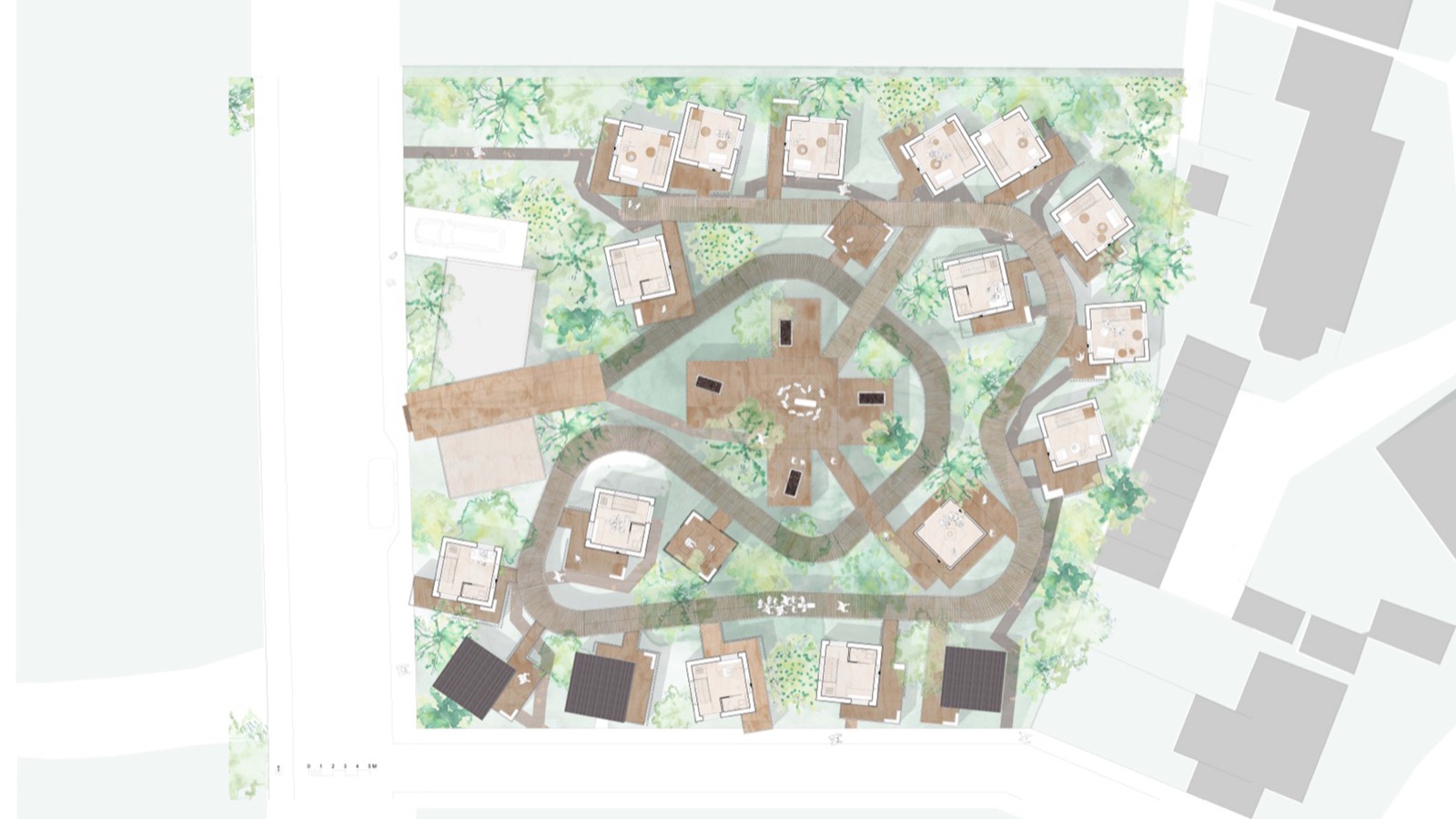 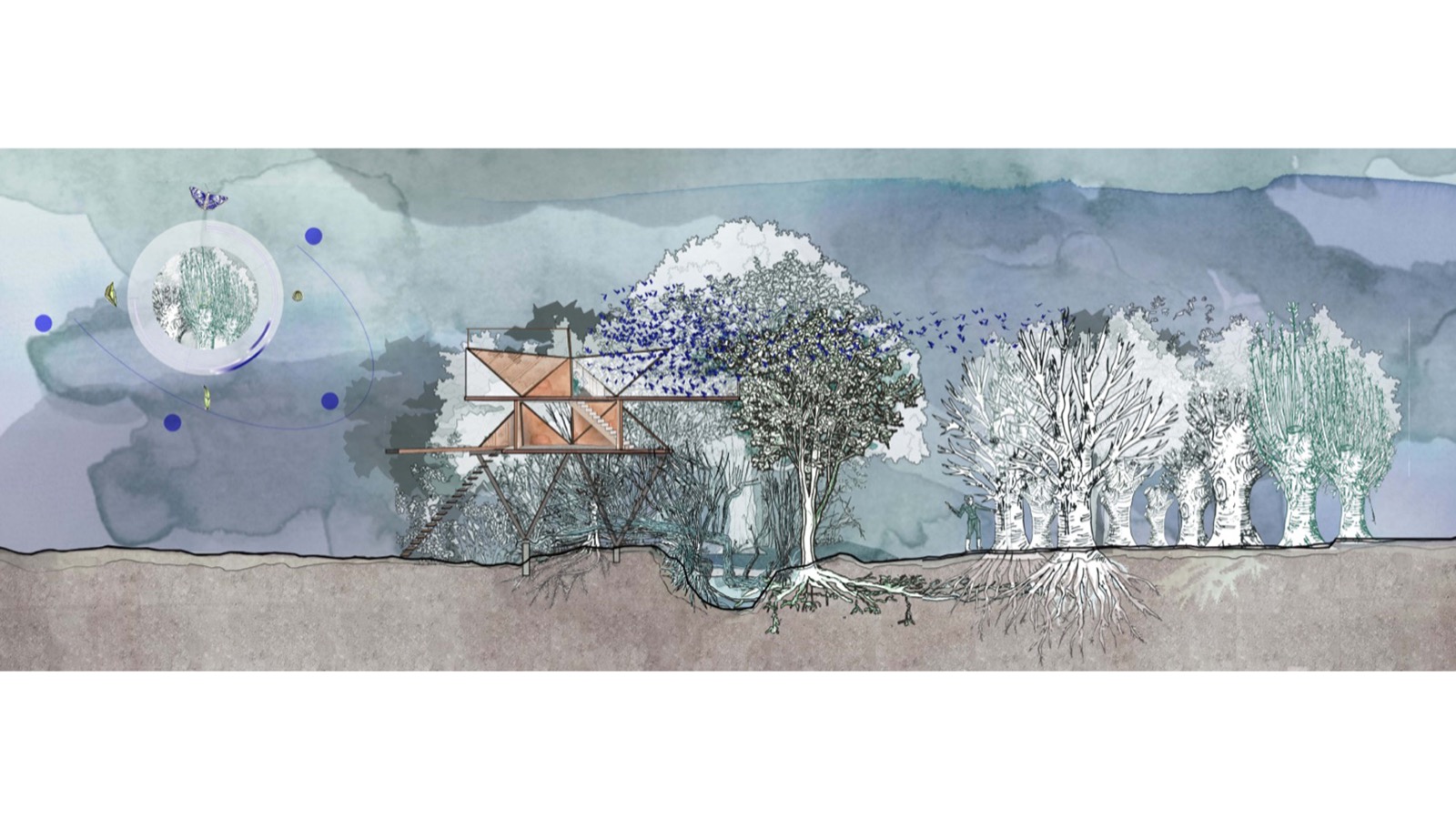 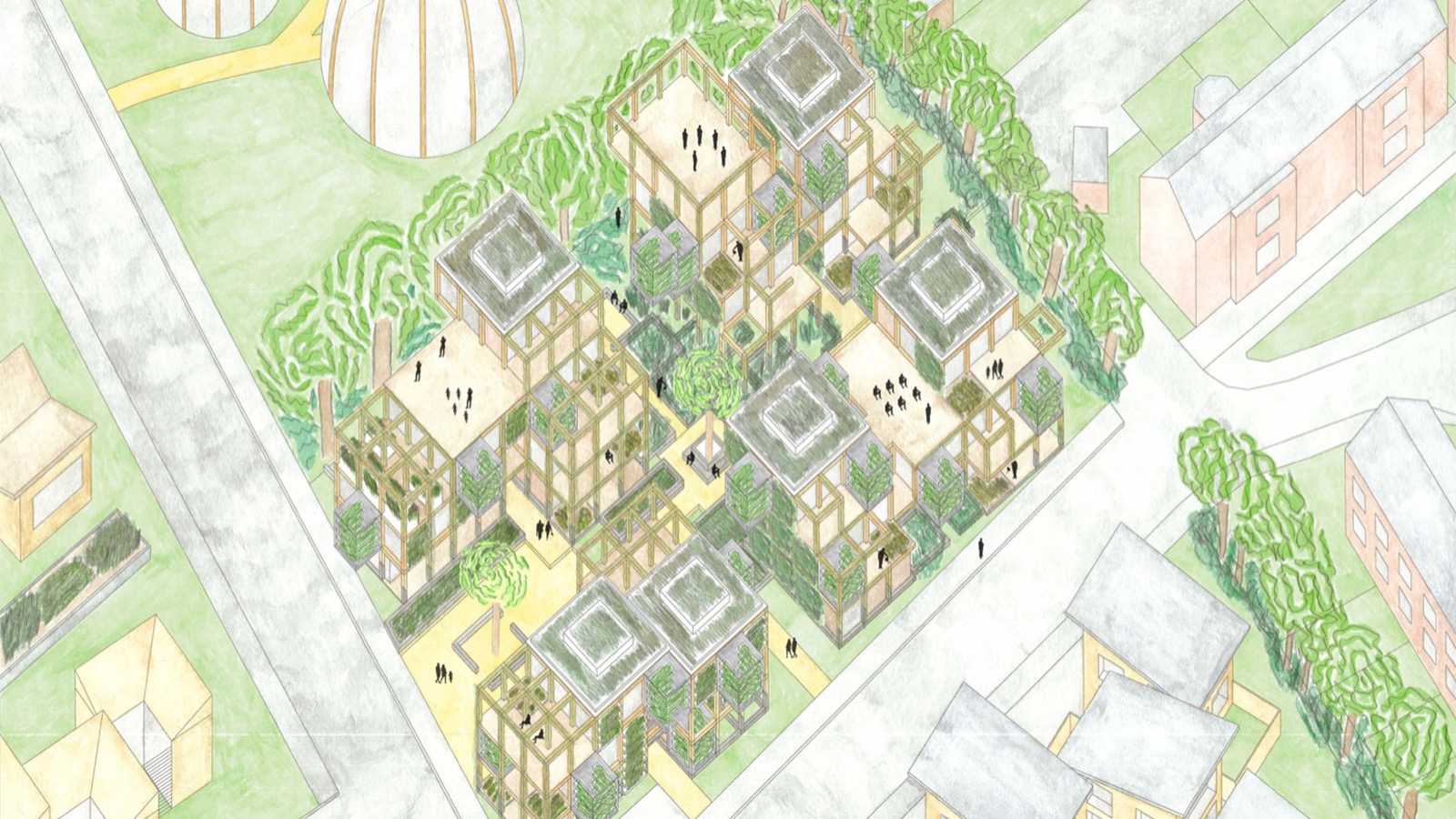 Eric Guibert is a gardener architect and teacher. He researches through his built and grown architectural practice ways of co-creating spaces with ecosystems and species. This architectural animism aims to define more equal relations between humans and their habitats, and nurture and express their emergence towards enhanced resilience.

Michael Spooner is a scientist-turned architect. He studied biology in his native Canada and neurophysiology in Japan, before migrating to architecture at the AA. During twelve years at dRMM, he championed engineered timber and led award-winning projects including Hastings Pier, recipient of the 2017 Stirling Prize. He combines teaching with collaborative practice studioSPOON.

As part of our ongoing investigations into the architectures of emergent processes and regenerative design, this year we challenged our students to develop Feral Architectures. The studio has taken a cosmopolitical viewpoint of ‘building back better’ for the local and global ecosystems, equally for human and other-than-humans, aiming to wild the rural landscapes as much as the life of humans.

We located ourselves in Southwater, next to Knepp Wildland – the famous rewilding project in South-East England – to negotiate the conflicting demands for increased housing provision while enhancing biodiversity.

In response to an existing scheme, the studio has developed an alternative masterplan that protects a nearby wildlife corridor by densifying half of the site to retain the other as a buffer zone limiting the negative impact of human inhabitation. The nature recovery framework is extended within the scheme through a green and blue infrastructure to form four islands composed of four sites. Each student chose one of these plots.

The practical brief was to create a synergy between human inhabitation, an economic activity, and the wilded landscape. The students have together tackled a diverse range of regenerative approaches including a cosmopolitical town hall, forest schooling, the development and sharing of ecological knowledge, and human funeral composting.

The notably diverse massing of the schemes has further integrated the ecological connectivity within their site by using fragmented and dense typologies with porosity for wildlife and humans.

These micro-wildlife corridors have been enhanced with façades designed as ecotones – transitions between the ecosystems – inhabited by plants and animals as well as humans; they form an in-between space where the boundaries between species, as well as between indoor and landscape, are blurred.

These Feral Architectures have a fractal connectivity, physically in the multiscale green frameworks, and functionally in the systemic connections between landscape, lives and economies.