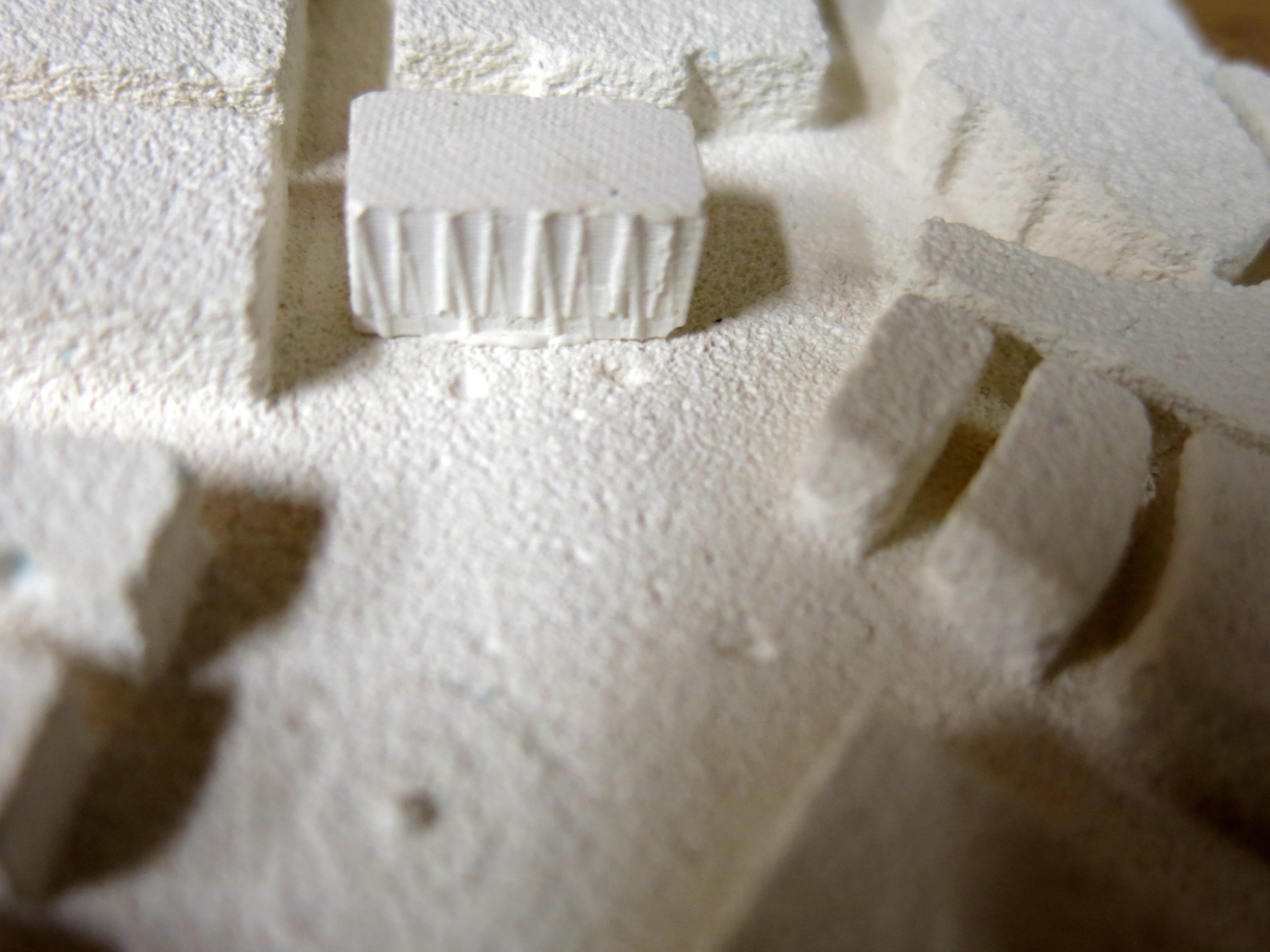 Each year, at the beginning of their first term, a full second year cohort of architecture students is given a workshop in the use of digital routing and 3D printing – so called additive and subtractive digital fabrication, as well as in more traditional casting techniques.

The students are given an introductory lecture on the 3D software Rhino, with a focus on extrusion and Boolean operations, and are subsequently asked to choose a “tile” – fractions of cities drawn in figure / ground at a scale of 1:1250.

In order to produce a 3D plan, students are then asked to scan their plan, convert it into vector lines and to each extrude a specific block, based on their own research and interests. Each group is then invited to first digitally test their file on RhinoCam. 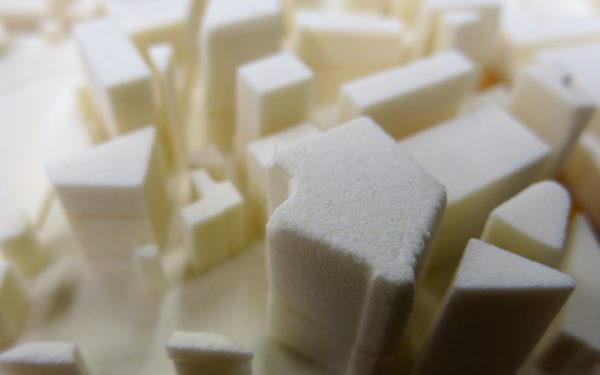 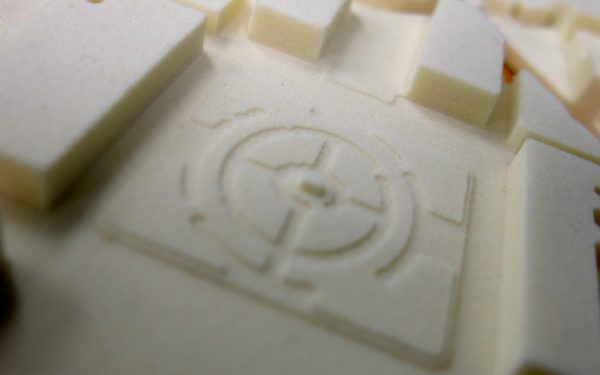 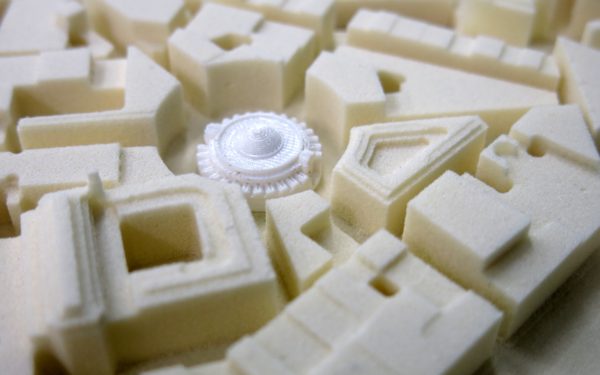 After they produce a tile on a 300gsm foam, students are asked to pick an interesting building featured in their tile and use a 3D printer to produce a more precise model of it.

The workshop is run by Francois Girardin and it takes place in the Fabrication Lab. 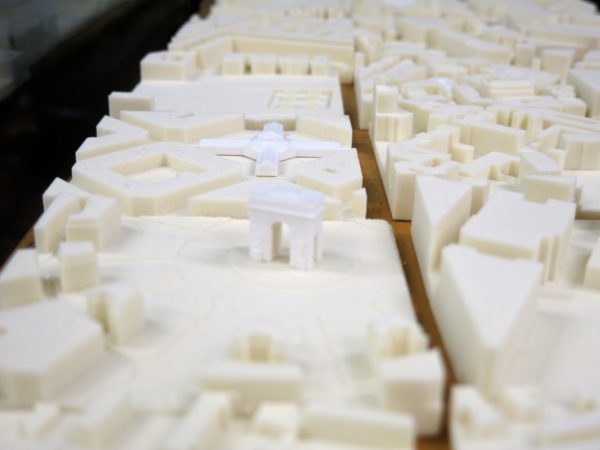 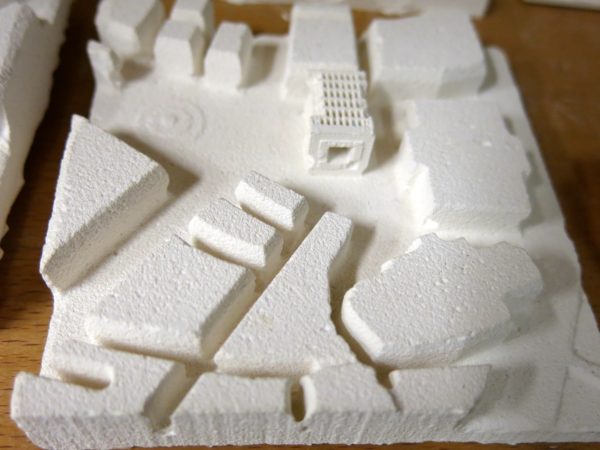