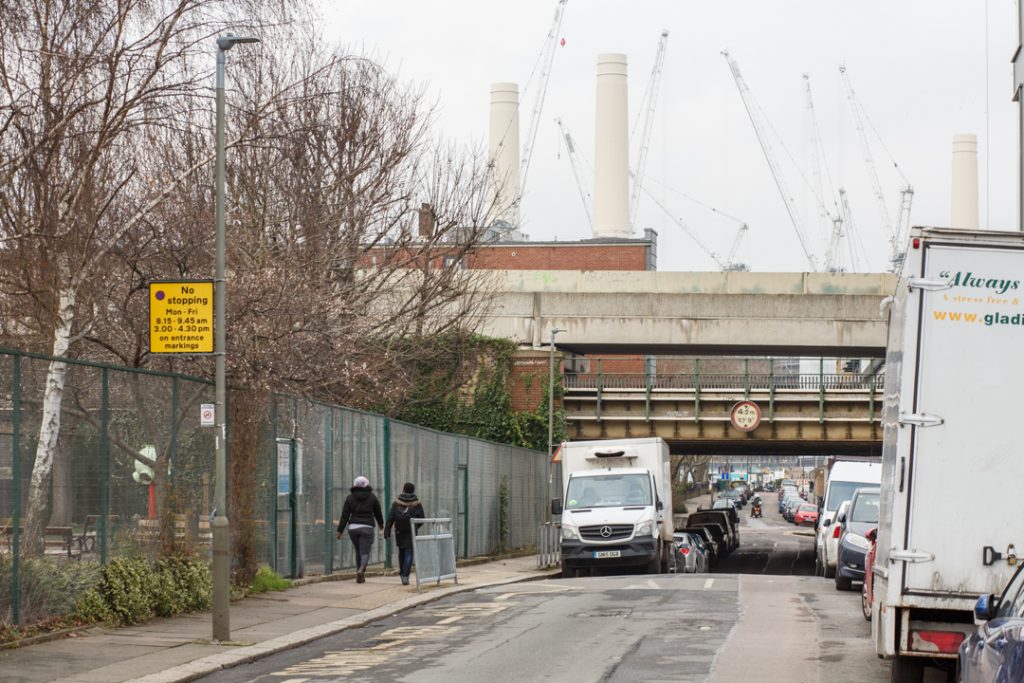 The London Festival of Architecture (LFA) and Wandsworth Council have launched a competition to improve the appearance and feel of Thessaly Road Railway Bridge, and important gateway to the Nine Elms regeneration area near New Covent Garden Market. The competition, which is open to architects, designers, artists and students, is an opportunity to transform an ugly and unwelcoming underpass into an attractive and user-friendly route for pedestrians and cyclists, and a gateway to the redevelopment taking place around Nine Elms Vauxhall.

The design competition has been conceived by the LFA and Wandsworth Council to improve the user experience for pedestrians and cyclists on a key route between Battersea Park Road and Wandsworth Road, and to revitalise the public realm close to major new development taking place in Nine Elms Vauxhall. In keeping with the London Festival of Architecture’s mission to harness the talent of London’s architectural and creative community, the competition will bring fresh ideas to improve the built environment in this key location, and act as a valuable demonstration project for similar sites across London and elsewhere.

Following a shortlist of six practices to be announced in March, the winning team will be revealed in May and awarded £20,000 to develop a design that will be eligible to be constructed and installed as part of the London Festival of Architecture in 2019. The overall budget for the project is £200,000.

The deadline for first stage submissions is 23 February 2018.

The competition is being judged by an expert panel including:

Tamsie Thomson, director of the London Festival of Architecture said:

London’s built environment is full of overlooked and unprepossessing spaces like Thessaly Road railway bridge, and this competition is a brilliant opportunity to show how thoughtful and imaginative design can transform the mundane into something quite special. At the London Festival of Architecture we are grateful to Wandsworth Council for providing this opportunity to showcase architectural and design excellence in London, and demonstrate the power of design in transforming London’s public realm.

We are delighted to be working with the London Festival of Architecture in finding an innovative solution to improving the bridge space in Thessaly Road and I am really looking forward to seeing the winning design. We have a long-standing association with the LFA and it’s good to be in partnership with them again on this project.

The Thessaly Road underpass is much used by people in the local area but I think it’s fair to say that it’s definitely in need of a facelift. This competition is a great opportunity to do just that and knowing the creative talent that is out there, I am sure we will find a design that will revitalise this key route through Nine Elms.

More information for on the Thessaly Road competition is included in a briefing document – available for participants here.