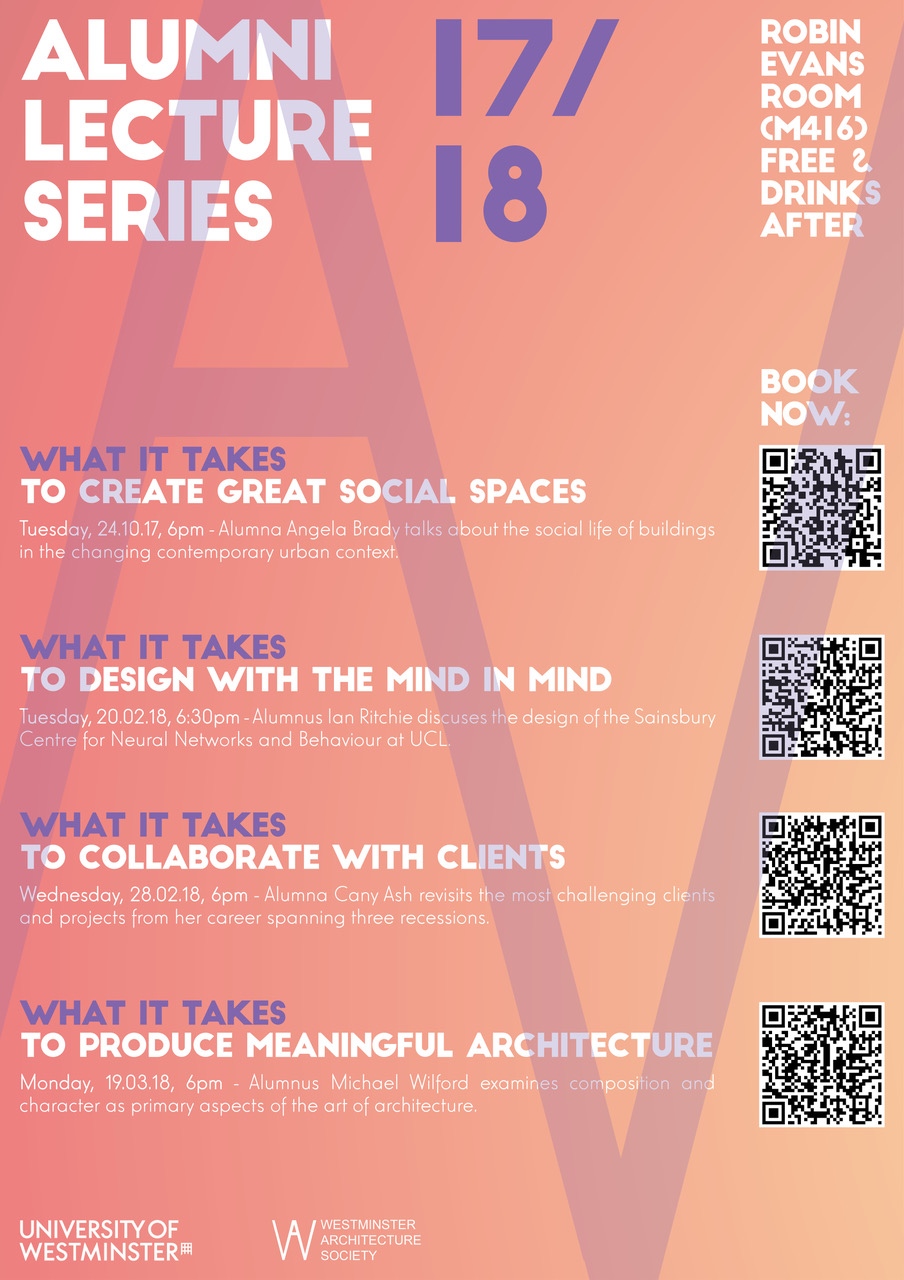 Free drinks after, as always!

Stirling prize winner and alumnus Michael Wilford will be the last guest in our popular Alumni Lecture Series!

Composition and character are primary aspects of the art of architecture. To demonstrate how these aspects have influenced and supported both finished buildings and competition designs, renowned architect Michael Wilford will describe his architectural objectives and the strategies he uses to achieve them.

There will be time for the audience to ask questions of the speakers both during the Q&A and informally after the event with refreshments and networking.

Michael Wilford is an architect of international renown, having won multiple international prizes, including the Stirling prize for the Lowry Building in Salford. For 35 years he was principal in an architectural practice based in London with satellite offices in Berlin and Stuttgart, Germany. He was in partnership with James Stirling for 21 years.