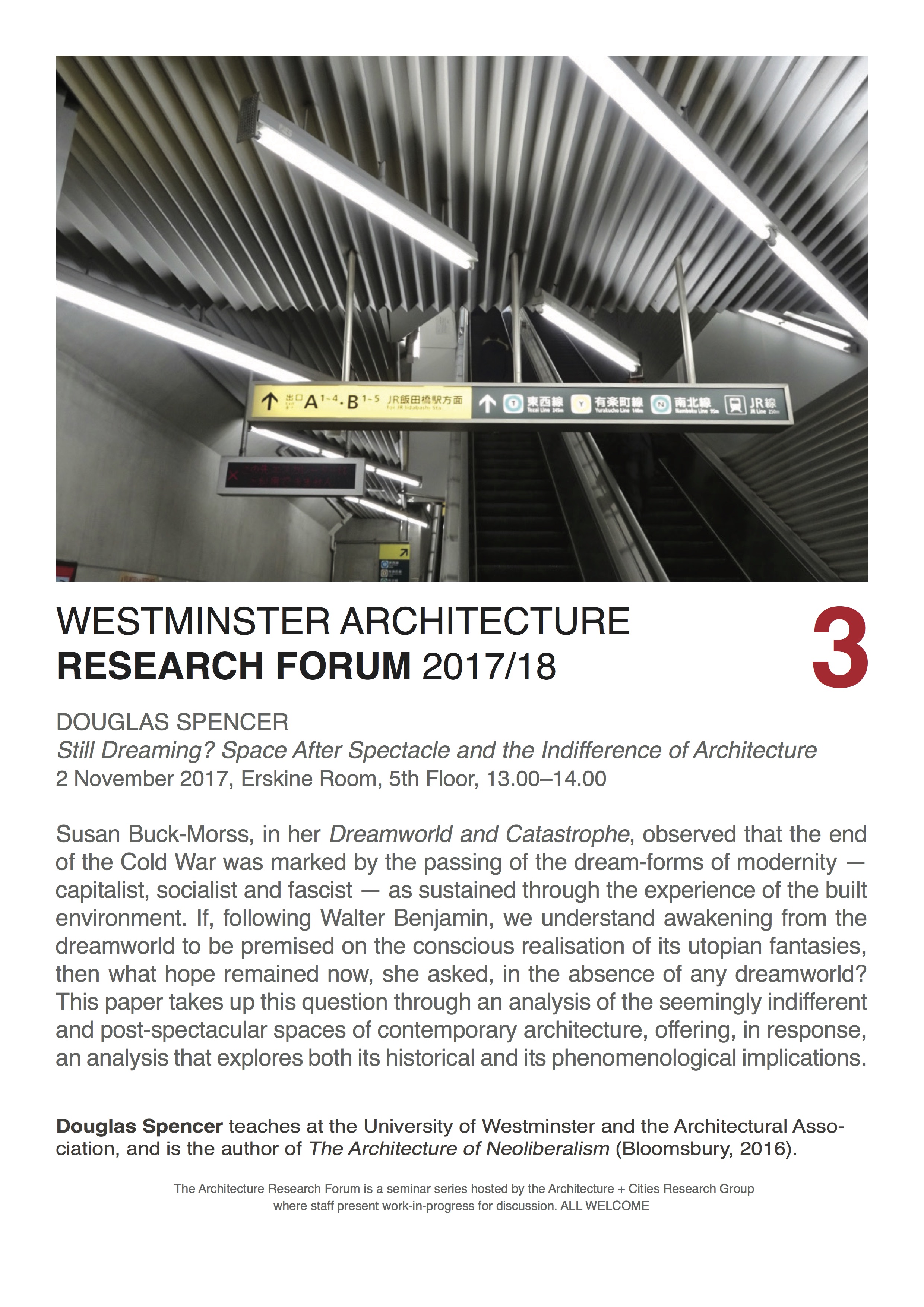 Douglas Spencer: Still Dreaming? Space After Spectacle and the Indifference of Architecture

Susan Buck-Morss, in her Dreamworld and Catastrophe, observed that the end of the Cold War was marked by the passing of the dream-forms of modernity — capitalist, socialist and fascist — as sustained through the experience of the built environment. If, following Walter Benjamin, we understand awakening from the dreamworld to be premised on the conscious realisation of its utopian fantasies, then what hope remained now, she asked, in the absence of any dreamworld? This paper takes up this question through an analysis of the seemingly indifferent and post-spectacular spaces of contemporary architecture, offering, in response, an analysis that explores both its historical and its phenomenological implications.

Douglas Spencer teaches at the University of Westminster and the Architectural Association, and is the author of The Architecture of Neoliberalism (Bloomsbury, 2016).