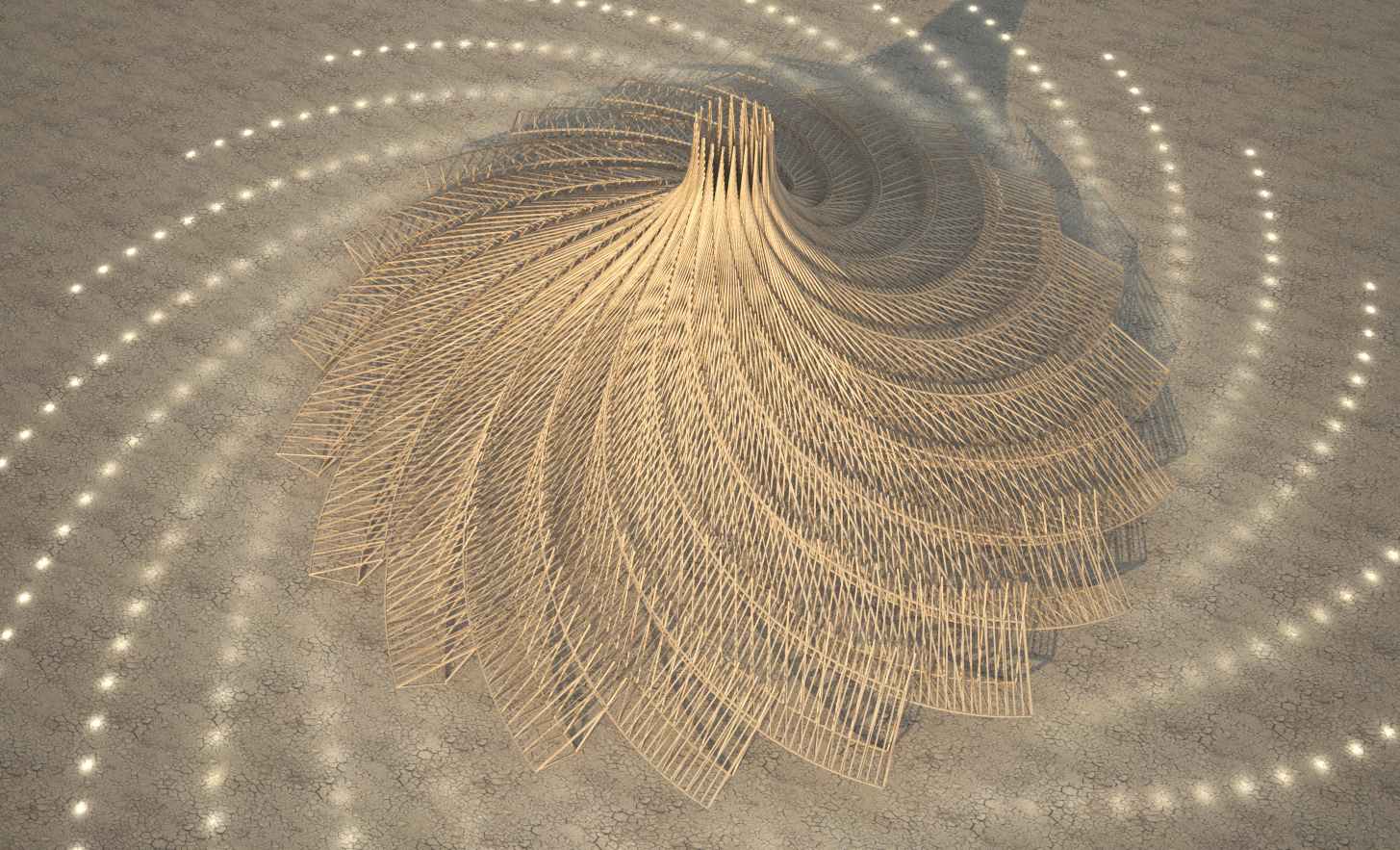 Yes, we have been a bit slow with this one, having to battle through all the Christmas turkey and minced pies, but what better way to celebrate the end the year than with yet another amazing achievement by Arthur Mamou-Mani and his beautiful design Galaxia for Burning Man 2018 Temple.

Galaxia celebrates hope in the unknown, stars, planets, black holes, the movement uniting us in swirling galaxies of dreams. A superior form of Gaia in Isaac Asimov’s Foundation series, Galaxia is the ultimate network, the fabric of the universe connecting living beings into one entity.

Galaxia is shaped of 20 timber trusses converging as a spiral towards one point in the sky. The triangular trusses form different paths towards a central space holding a giant 3D printed mandala, the heart of Galaxia. The timber modules start large enough to hold small alcoves in which people can write in peace. As participants walk through the path, the timber modules lift up and become thinner and thinner towards the sky as people reach the central mandala.

Arthur Mamou-Mani is a MArch DS10 studio leader and tutor (alongside Toby Burgess) and the director of architecture practice Mamou-Mani Ltd. He is also a lecturer at the UCL-Bartlett and owns a digital fabrication laboratory called Fab.Pub.

In November he was selected as one of RIBA J’s Rising Stars for 2017.

Many congratulations to Arthur on this year full of successes!