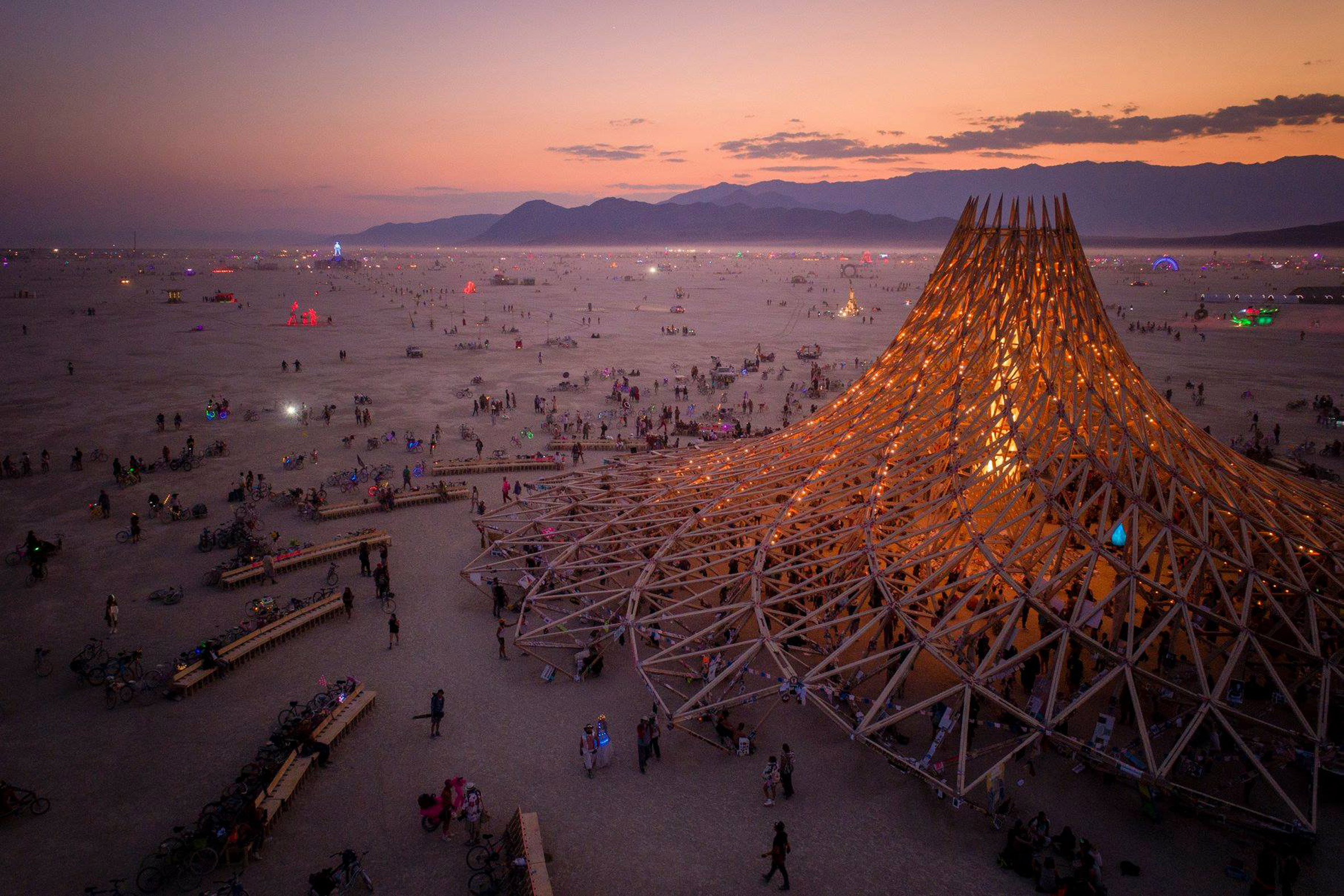 Architect and MArch DS10 tutor Arthur Mamou-Mani has teamed up with Dezeen to give a virtual-reality tour of his Burning Man projects, which will take place today, Monday, June 8, as part of the Dezeen‘s Virtual Design Festival (VDF) at 4:00pm UK time.

Following the great success of his Galaxia temple built in 2018 that ritually went up in flames at the end of the Burning Man, this year Mamou-Mani conceived a new project, an amphitheatre named Catharsis.

Catharsis won’t be physically installed, as this year’s Burning Man was cancelled due to the coronavirus pandemic, but can be visited as part of our virtual reality tour with Mamou-Mani at 4:00pm this evening.

Ahead of this event, Mamou-Mani has shared some previously unseen aerial footage of Galaxia, which you can see and read more about here.

Featured image of Galaxia by Jamen Percy via Dezeen