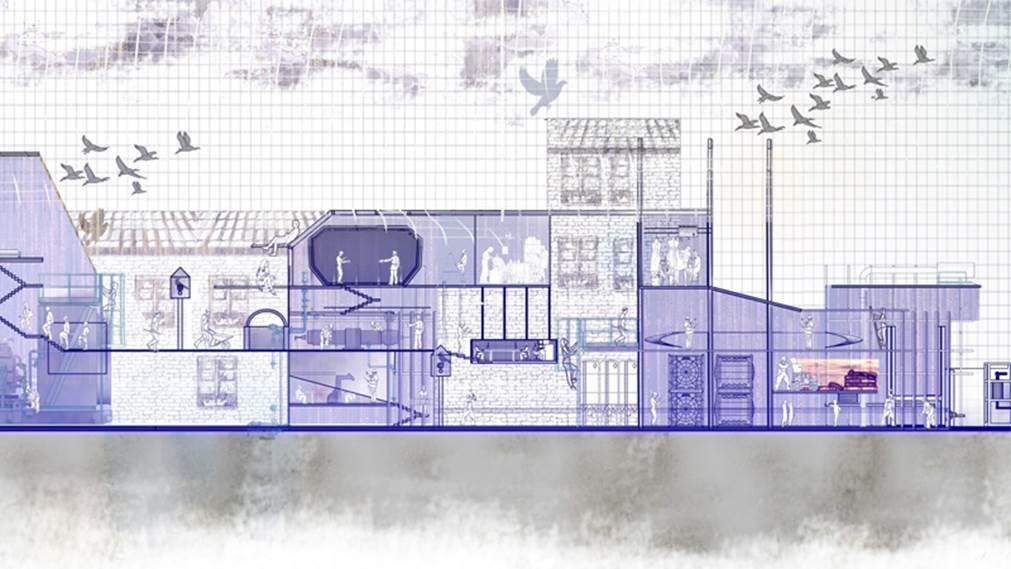 The University of Westminster represented by MA Architecture student Iman Keaik, is excited to host an online webinar about the four conflicting powers in London.

Who owns London? Are people becoming intangible and invisible in the city of conflicting power? How can we imagine a city of consumption ripped from its money power and transformed into a city of production?

This project ‘Challenging Deep Pockets’ explores London as a conflicted city of powers, where people’s right to the city is a forgotten phenomenon, and the citizens step through controlled life marks as a part of the capital’s powers.

The project disrupts the system. It aims to highlight the much-needed new way of thinking, bringing back people’s right to the city by fighting this powerful explosion that has almost irreversibly affected the city. The new London becomes the land of production, rethinks the power of trade and becomes a place where people PRODUCE, TRADE AND BENEFIT.

This new approach to transform the city into a cashless city revolving around its production is also analysed after the unprecedented circumstances of COVID-19. This pandemic helped us read the High street of Oxford Street as containing non-essential shops where most of them where closed in an emergency state. The imagined scenario is that the pandemic lasts few years while the state of the city deteriorates and the bird’s nests take over the streets. These empty unused shops will, therefore, accommodate new functions that serve the in-house production of London.

The session will include the following:

Join us for an open conversation that will lead to sharing of fresh ideas and views about conflicting powers in London.

The webinar will be held via Zoom, after registering, you will receive a confirmation email containing information about joining the webinar.