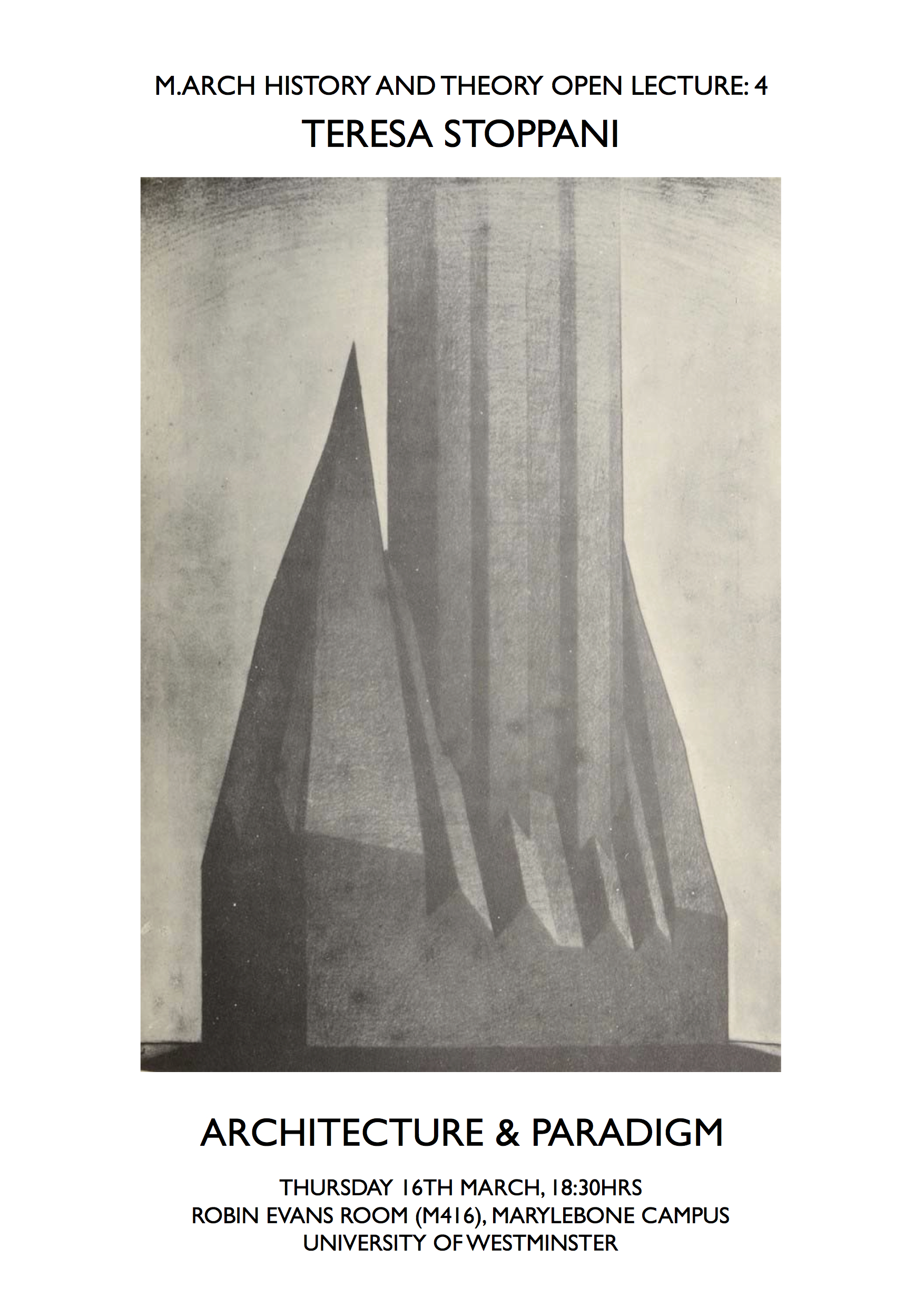 The series of lectures organised by the M.Arch History and Theory continues on Thursday 16th March at 18:30 in Robin Evans Room (M416), Marylebone Campus with Professor Teresa Stoppani’s Architecture & Paradigm.

‘Paradigm’ (Gr. paradèigma, ‘example, exemplar’) is an action and relation word that contains within itself the possibility of variation and movement; it indicates oscillation and multiplicity rather than fixity and one-ness.  As an intellectual operation the paradigm defines a distance of the object from itself, removing the object from its singularity to then return it to another singularity.  It also enables a distancing from acquired historical, morphological and typological preconceptions and classifications that are well known in architecture and urbanism.  The paradigm as a cultural operation works towards the production of a non-dialectical form of knowledge, which does not aim to achieve the universal and to derive principles (rules) from it.

This lecture argues that the architectural and urban ‘project’, as a cultural construction around its object, performs in the city the relational operation of the paradigm.

Teresa Stoppani is an architect and architectural theorist. She has taught architectural design and theory in Italy, Australia and the UK, and is currently Professor of Architecture at Leeds Beckett University, where she directs the PhD in Architecture programme. Her research interests are the relationship between architecture theory and the design process in the urban environment, and the influence on the specifically architectural of other spatial and critical practices. She is author of Paradigm Islands: Manhattan and Venice (Routledge 2010) and Unorthodox Ways to Rethink Architecture and the City (Routledge 2018) and editor with G. Ponzo and G. Themistokleous of This Thing Called Theory (Routledge 2016).