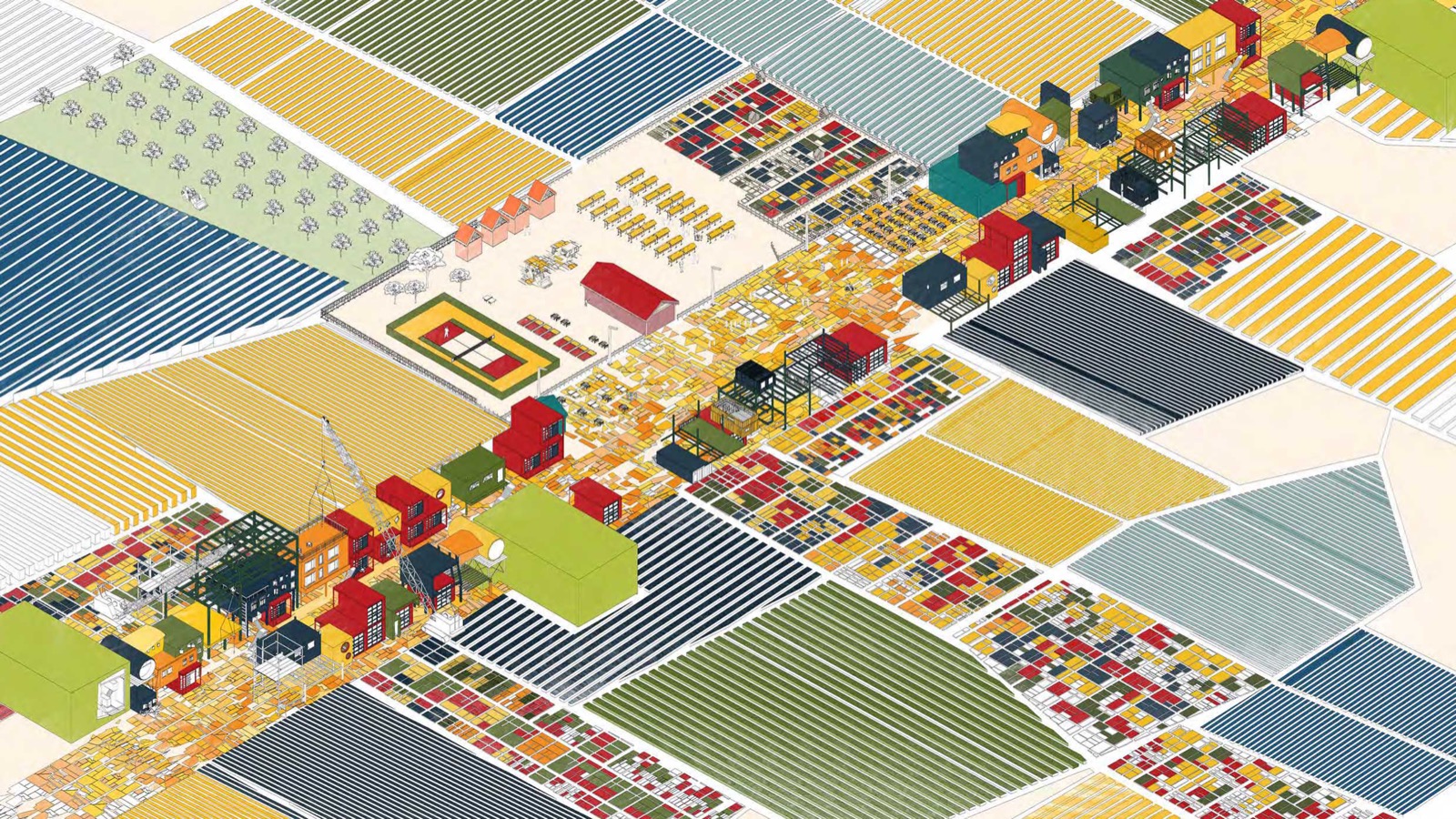 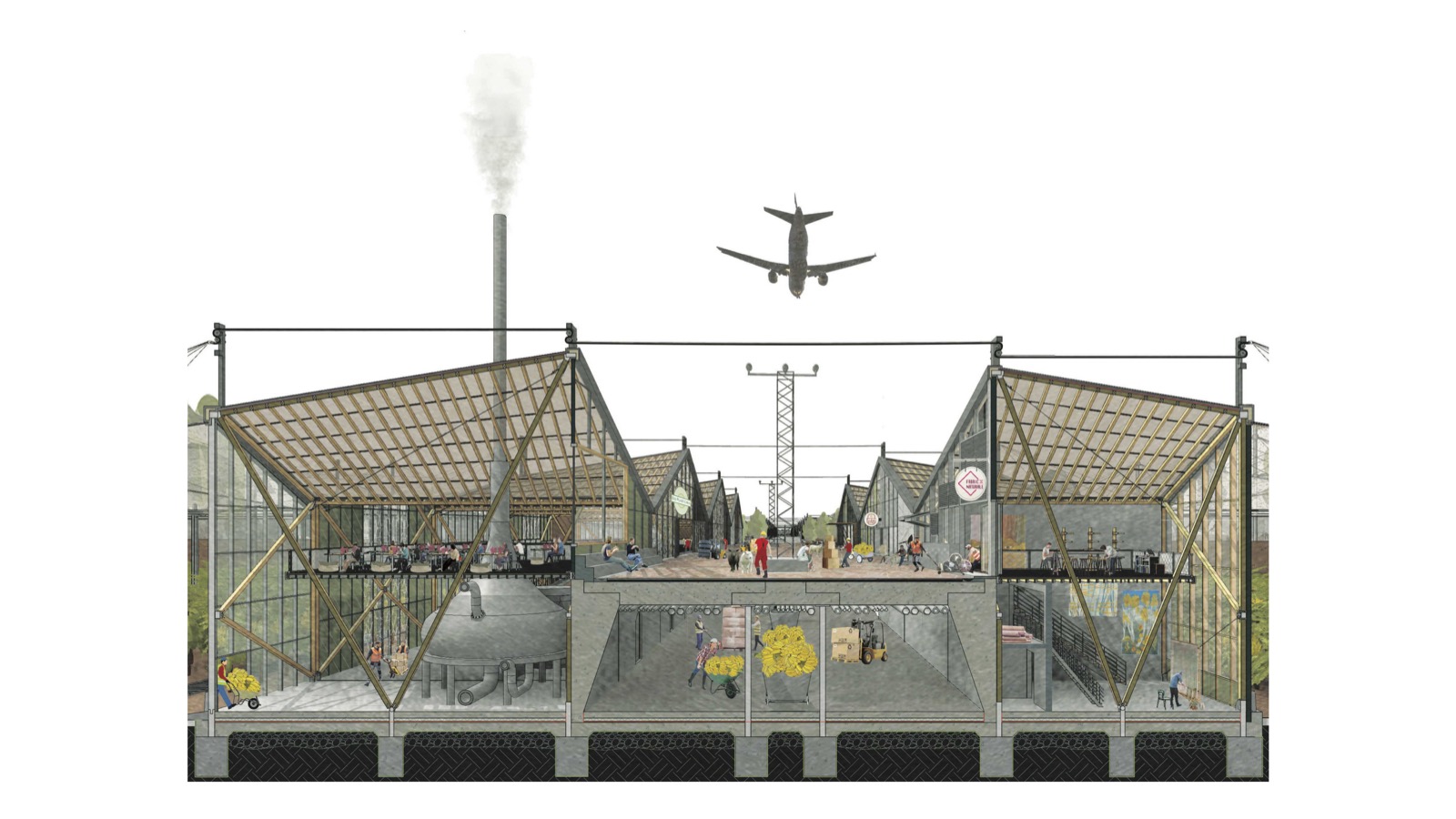 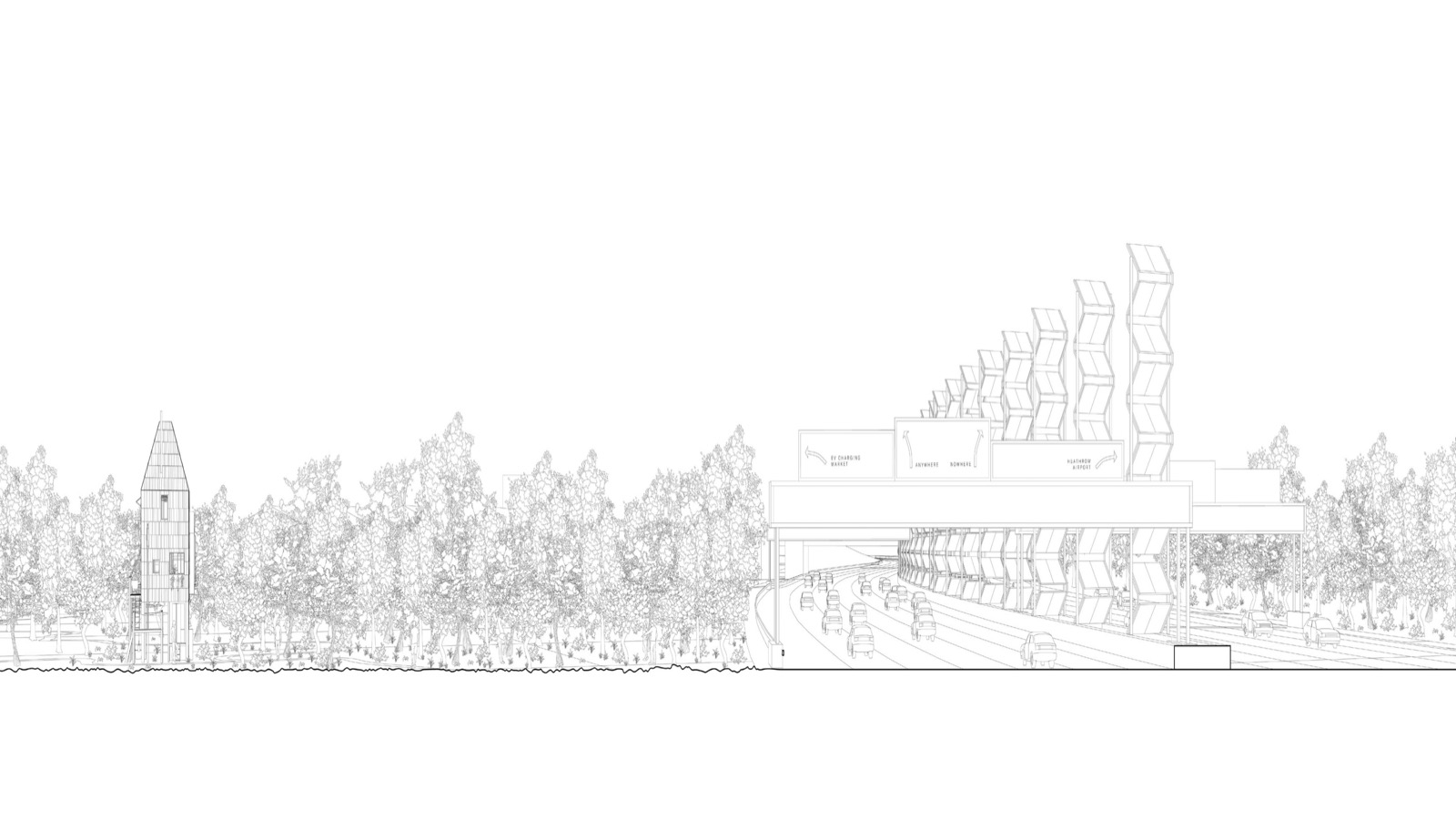 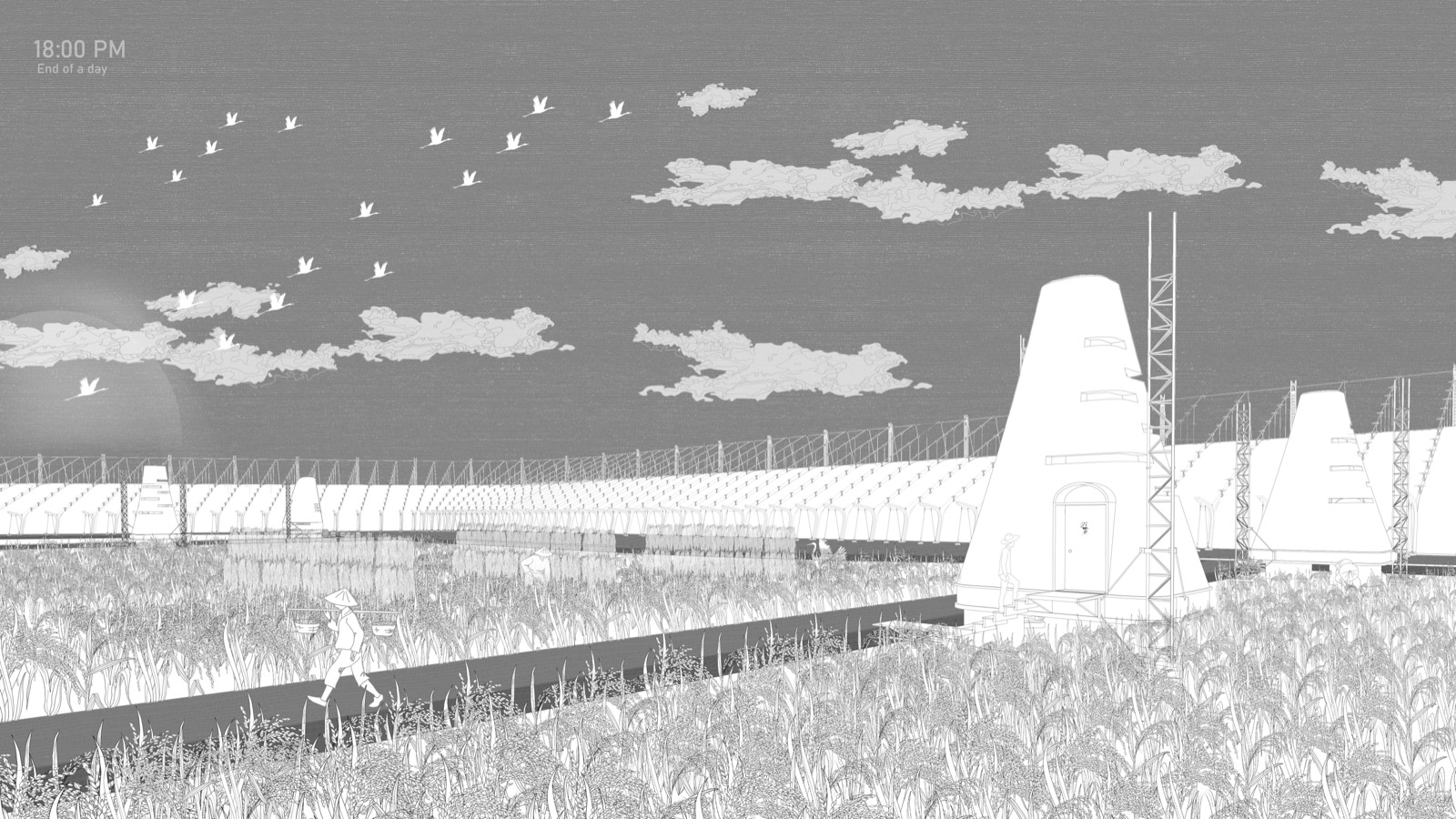 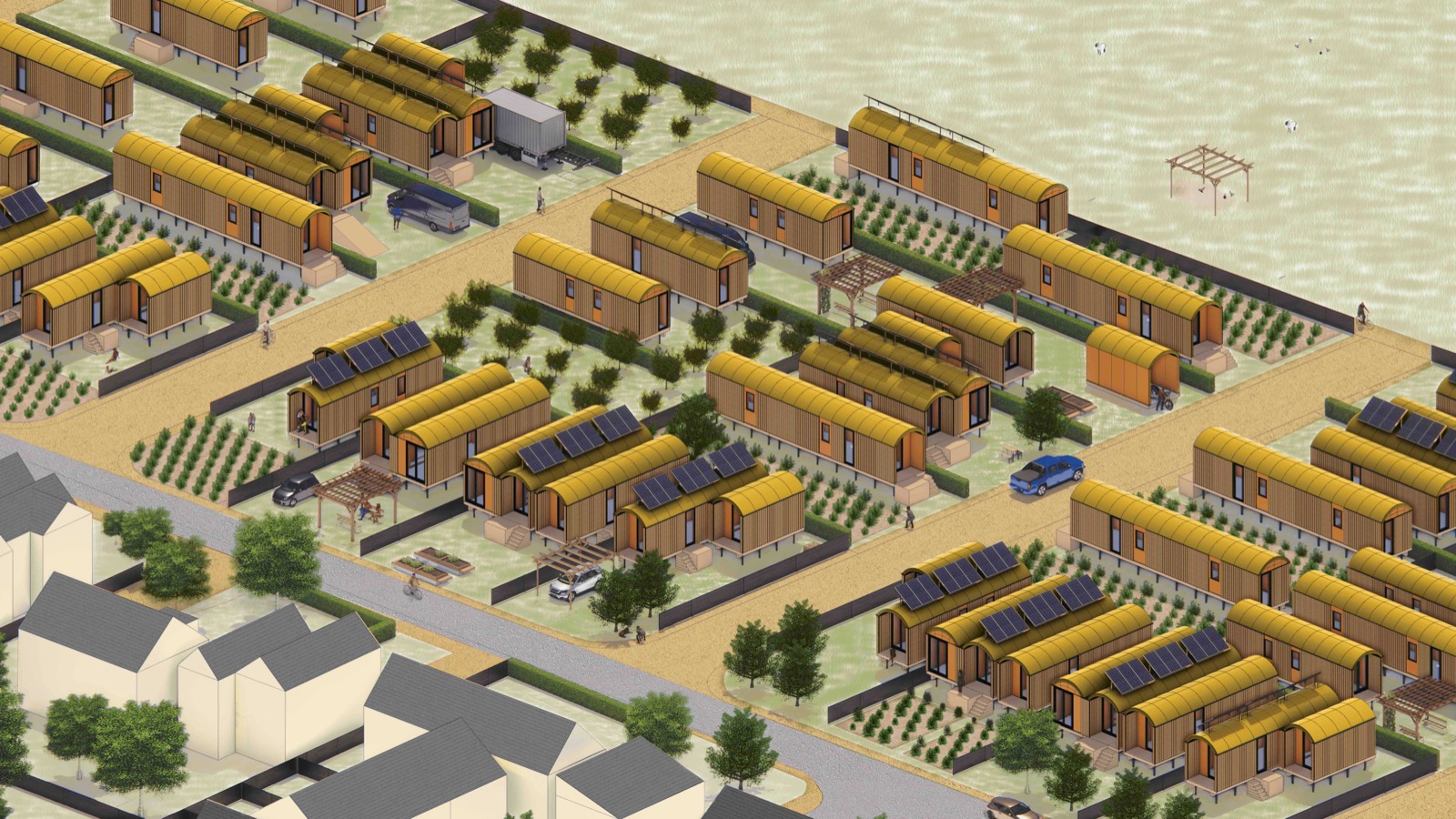 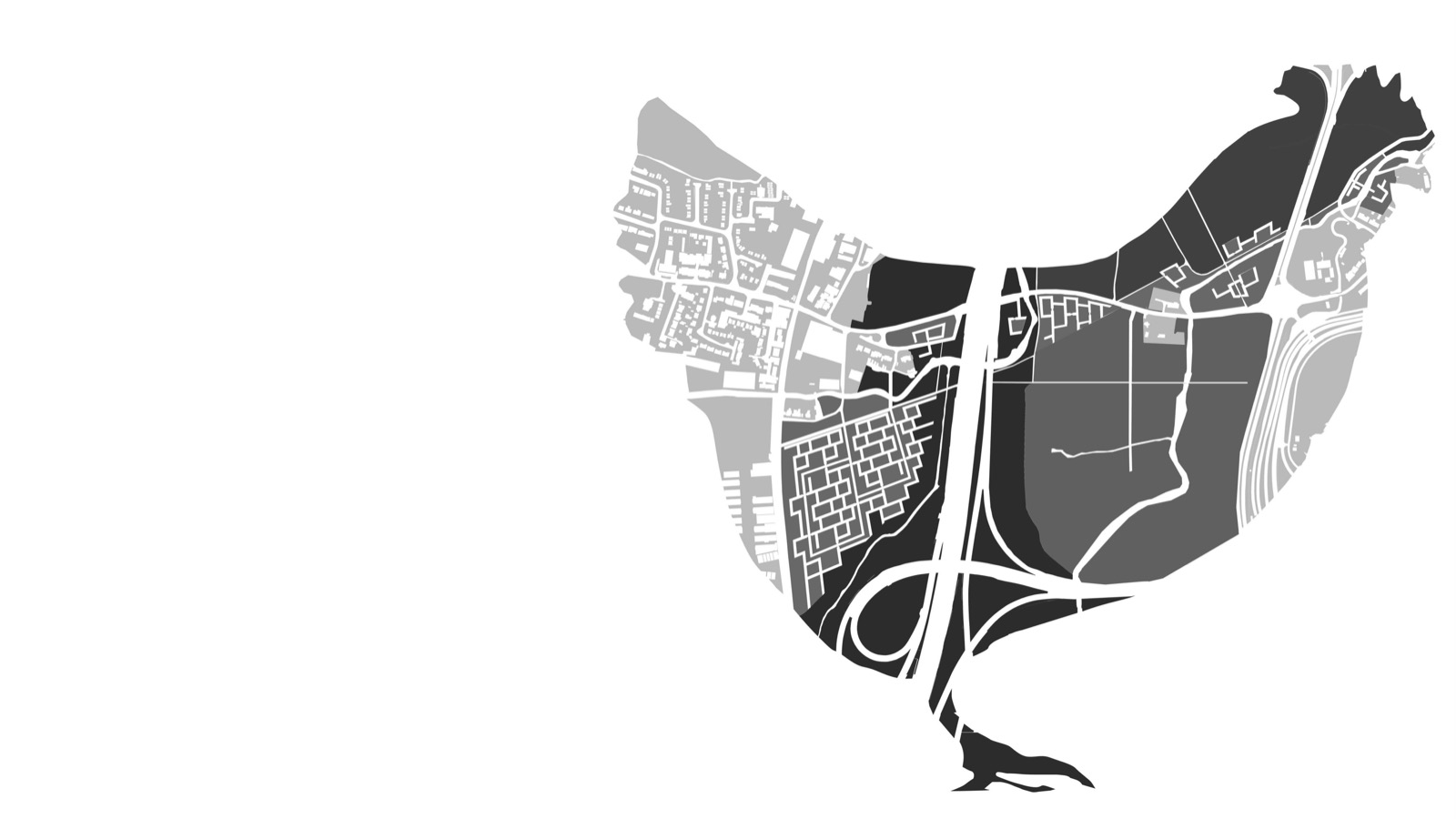 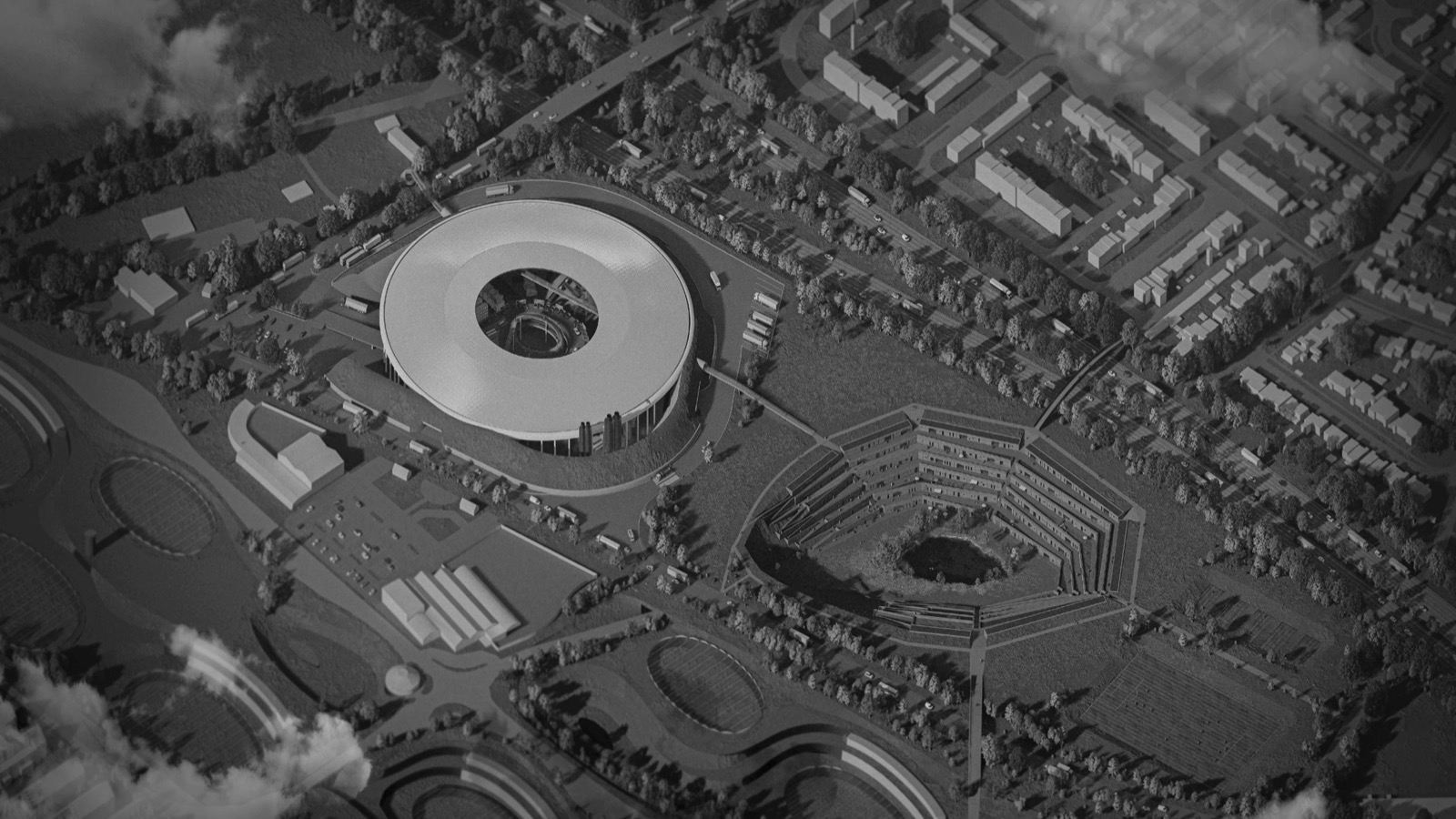 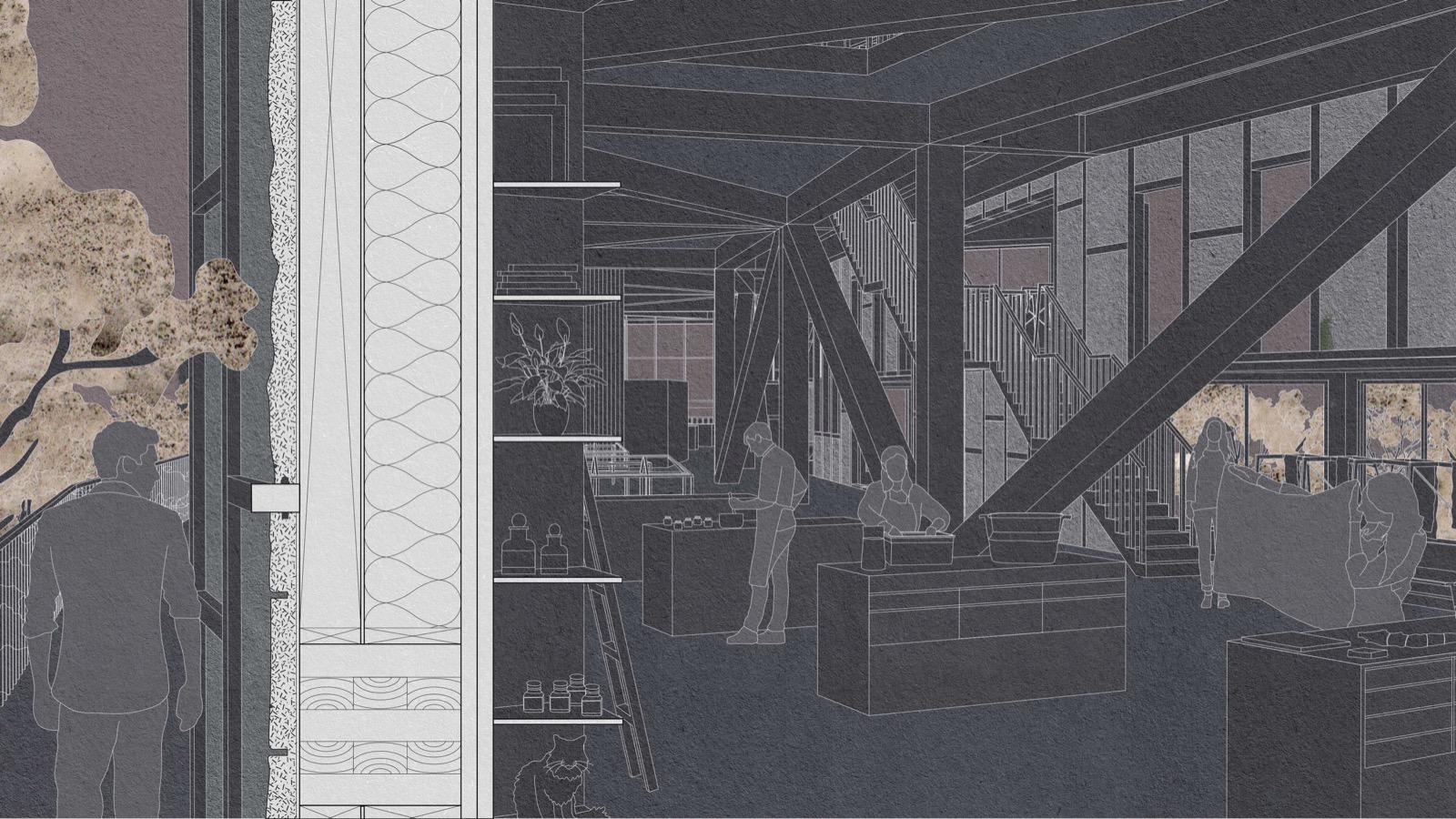 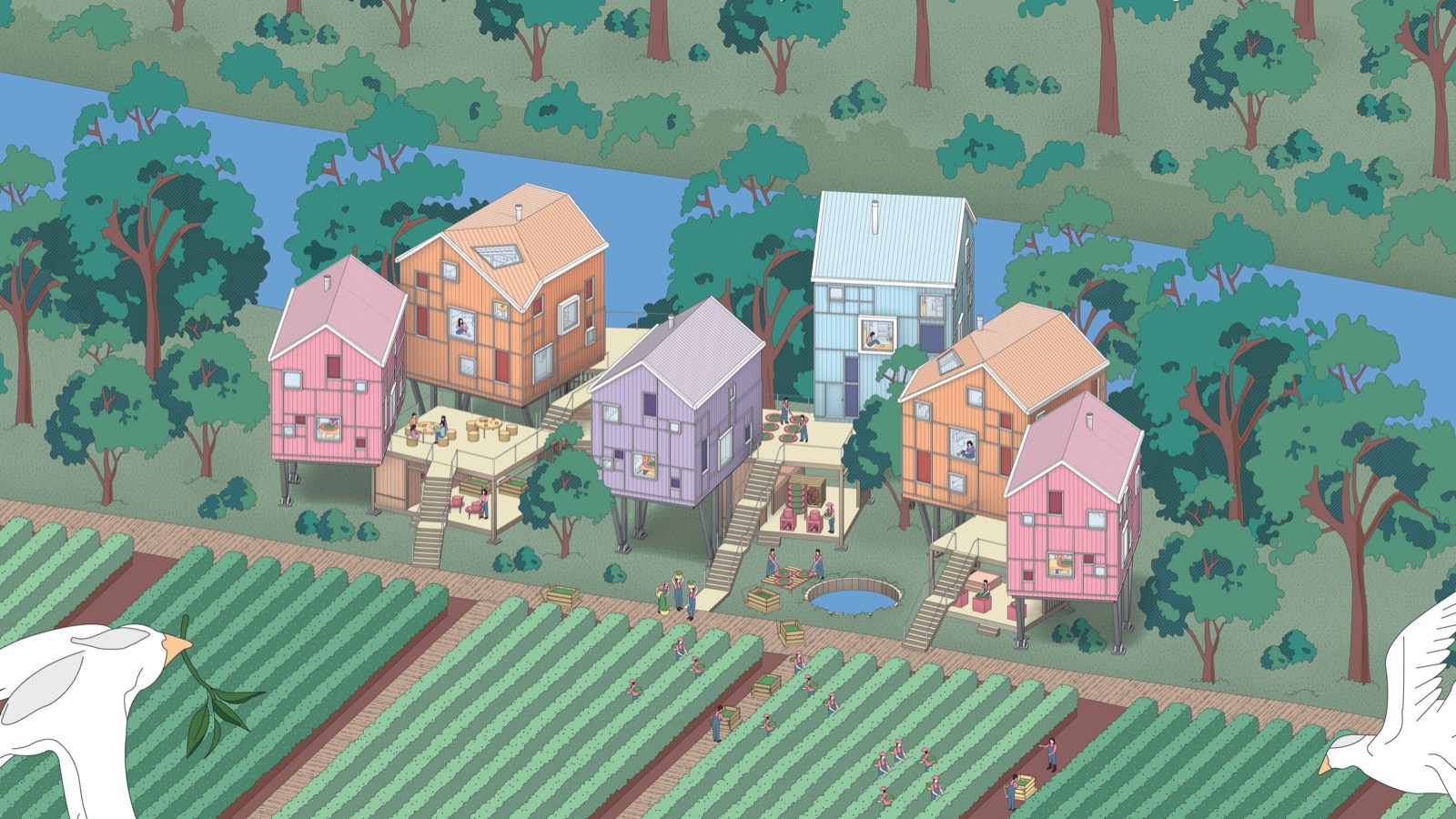 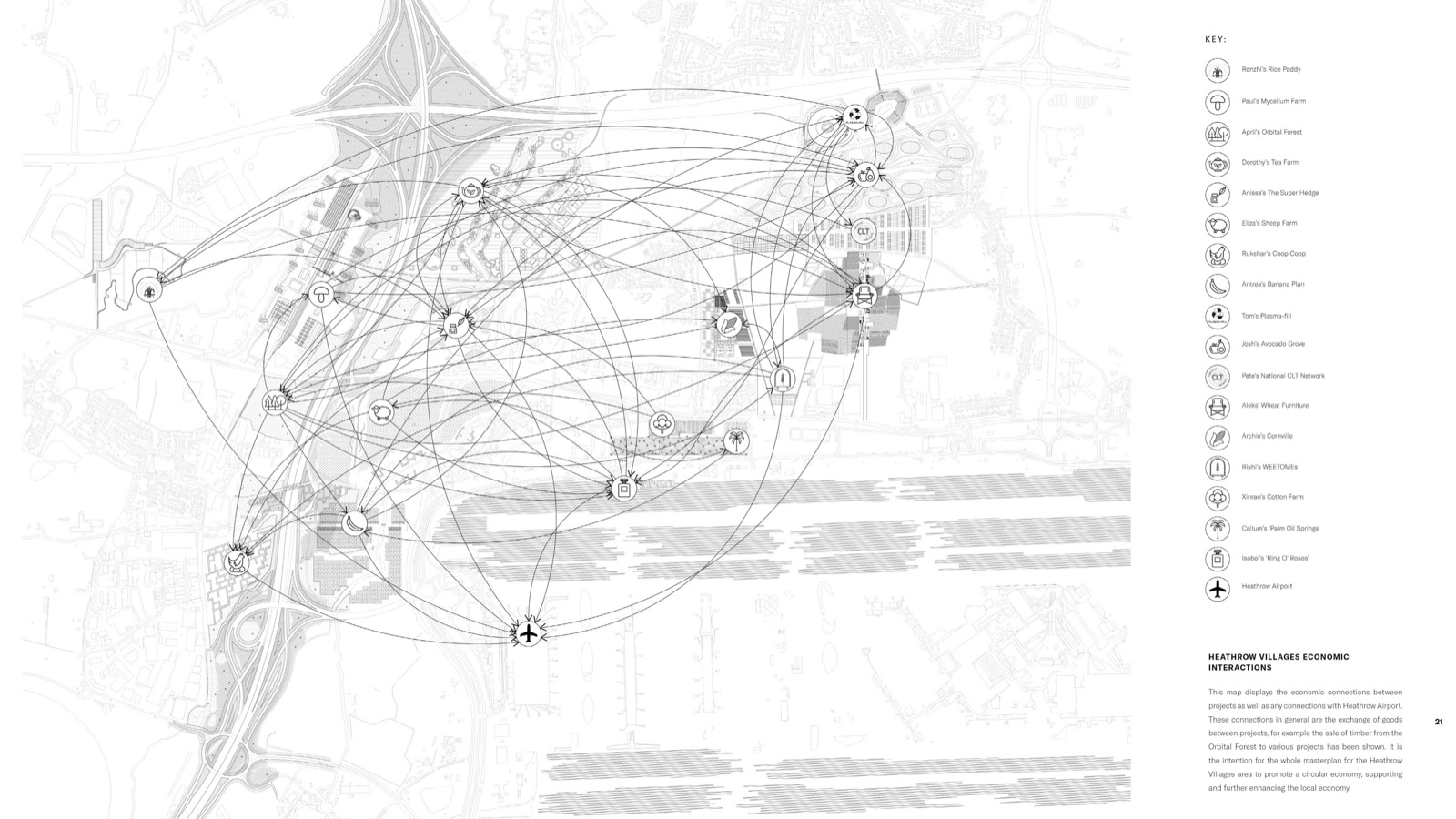 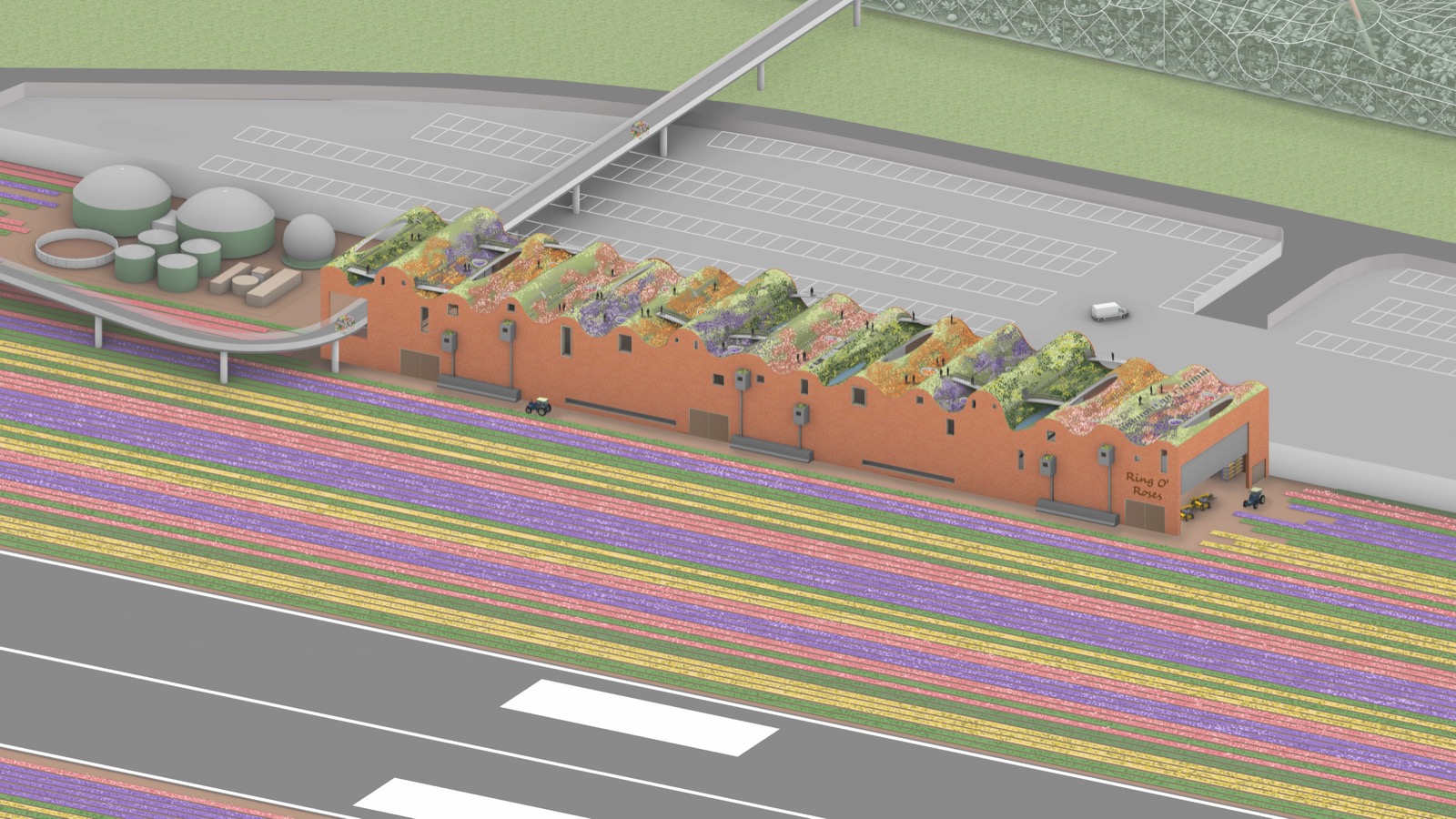 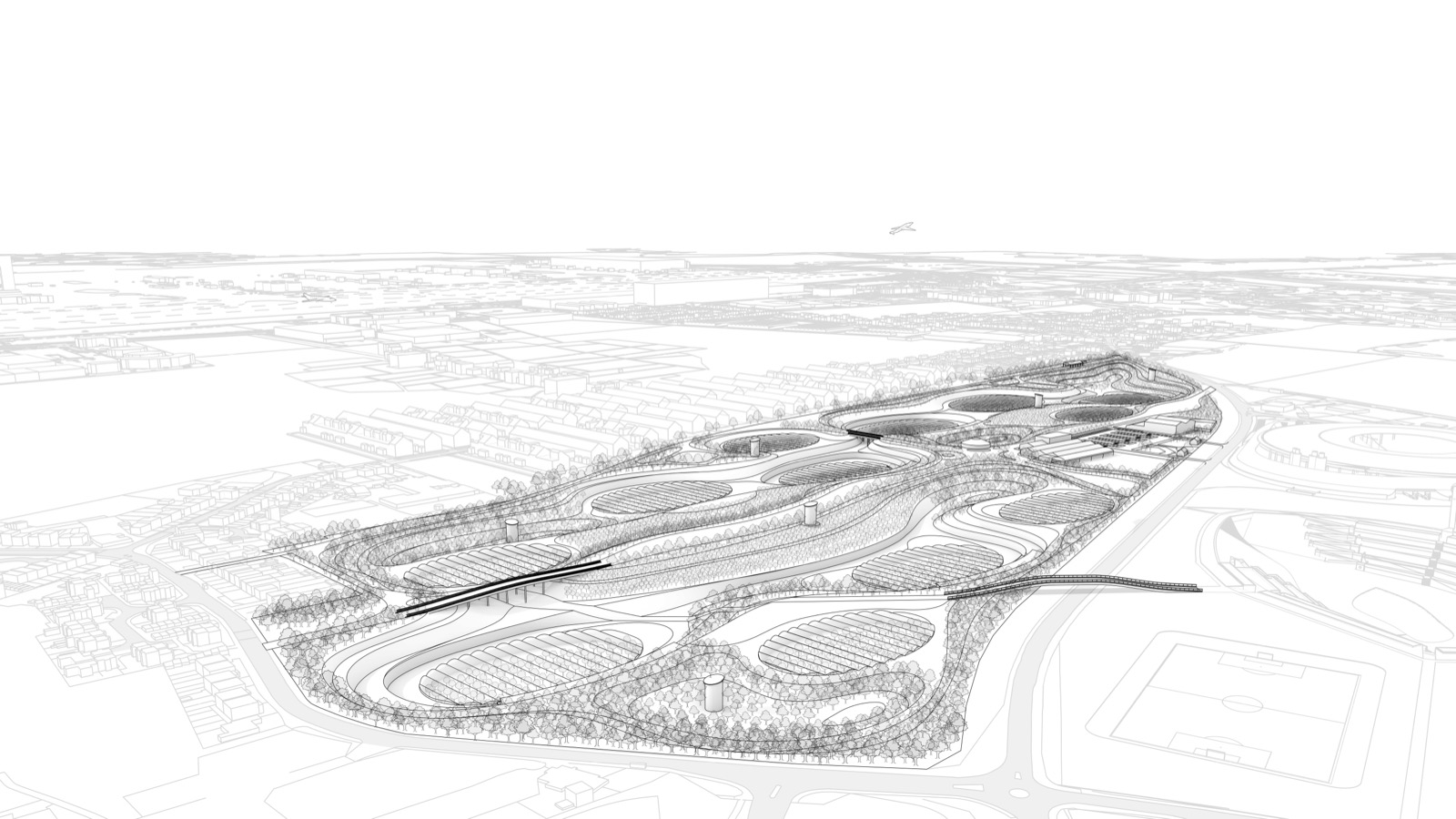 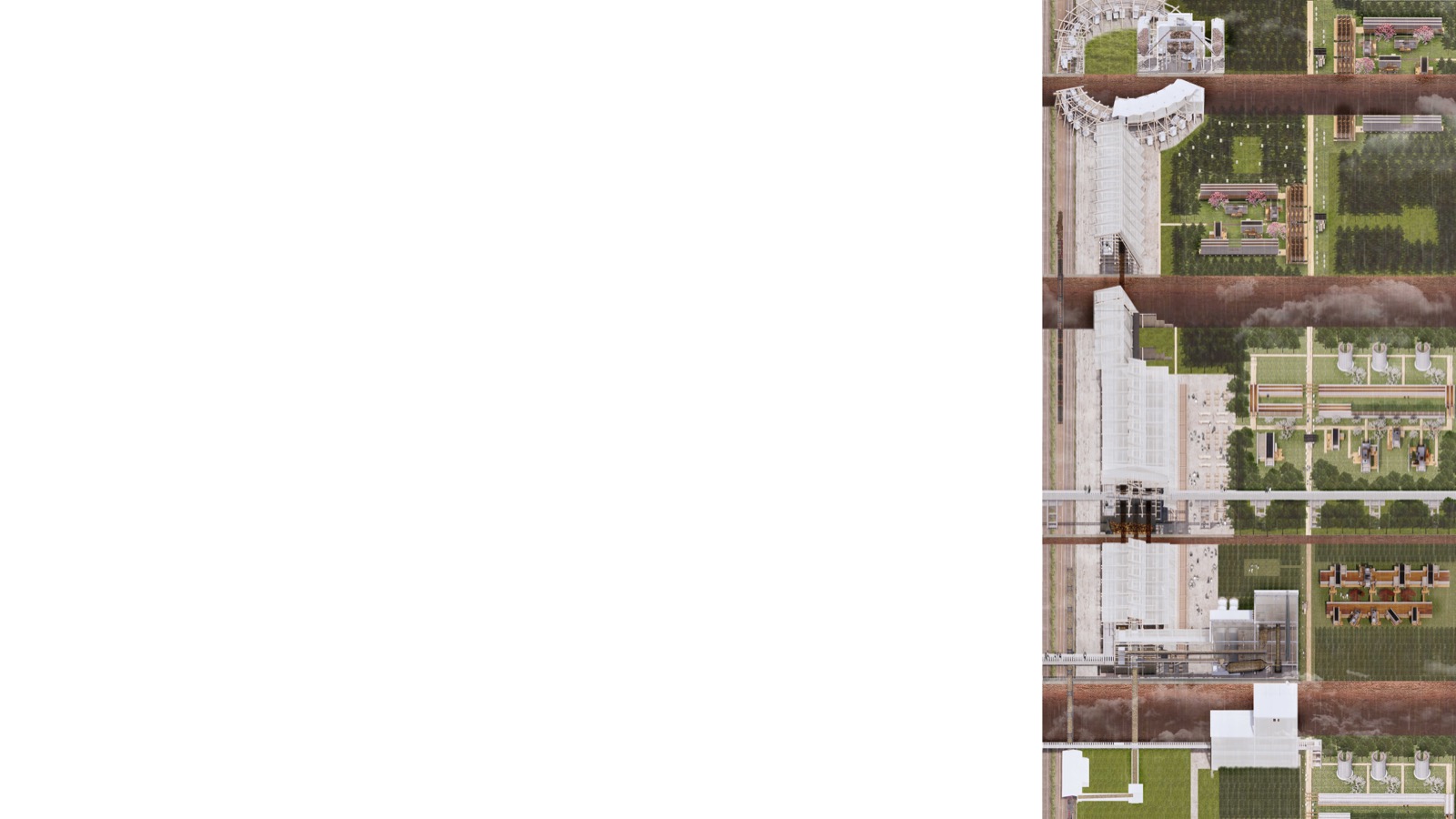 This year’s site is the contested territory, which was destined to become a 3rd runway for Heathrow airport until this year when a) the appeal court deemed the project to be in contravention of the UK’s climate commitments and b) Coronavirus decimated the airline industry.

This rural-urban territory is at the intersection of multiple political, economic, social, industrial, ecological and geological processes of varying scales and time frames. In amongst all this, we’ll take on the idea of the productive village as a site of modernity where new ecologically minded industries, agriculture and ways of life can emerge and interact.

One of our starting points was to find out who owns the land in this area; how much has been bought by the airport? What if they decided to sell? Could the construction of new settlement forms be funded through something like crowd sourcing, co-operatives or community share schemes? We asked the students to work with ideas of community or public ownership and funding in your design process.

More people are working from home and moving out of cities and buildings and spaces of all kinds are being re-programmed as society alters as a result of the virus. In the vicinities of big airports like Heathrow people face the added pressures of air industry redundancies. In these pressurised circumstances we were asking the students to re-think the home, the village, the city and the country according to the major changes taking place.

We were not going to put specific numbers on the housing requirements etc, till we have learnt more about what is happening in the region of our site. But in the end, we have designed a new kind of experimental village, which uses and develops new eco-friendly methods and technologies in agriculture and industry and domestic life. It might start life as a kind of expo and in scale it might be somewhere between the small ‘Open Cell’ labs in Shepherd’s Bush and the big Dutch ‘Greenports’ agribusiness/research clusters.

Students’ projects are all part of a larger complex settlement made up of interacting but individual schemes. We needed to discuss and negotiate things as a group quite a lot, but in spite of this students were meant to be exploring things very individualistically too. The ways these modes of designing inform and benefit each other interests us.

Homework Heathrow: Normally in semester one we’d look first at the regional scale and then drop through the scales down to the interiors and details. This time we’d like to foreground the domestic scale at the same as researching the wider area. We asked the students to research the making and provenance of some items from their own home (a manufactured item, an item of food, a piece of furniture and a part of your building). Thinking about these in conjunction with what we learn from our site research, acted as catalysts for the development of a small building, which was a seed for a bigger programme for semester two.

Toward the end of semester one and all through semester two, we imagined what happens if the ideas and programmes contained in our semester one projects were to expand in scale. The students were asked to identify sites in the region for this growth and design accordingly. At the same time, they explored in more detail the technical potentials of their projects.