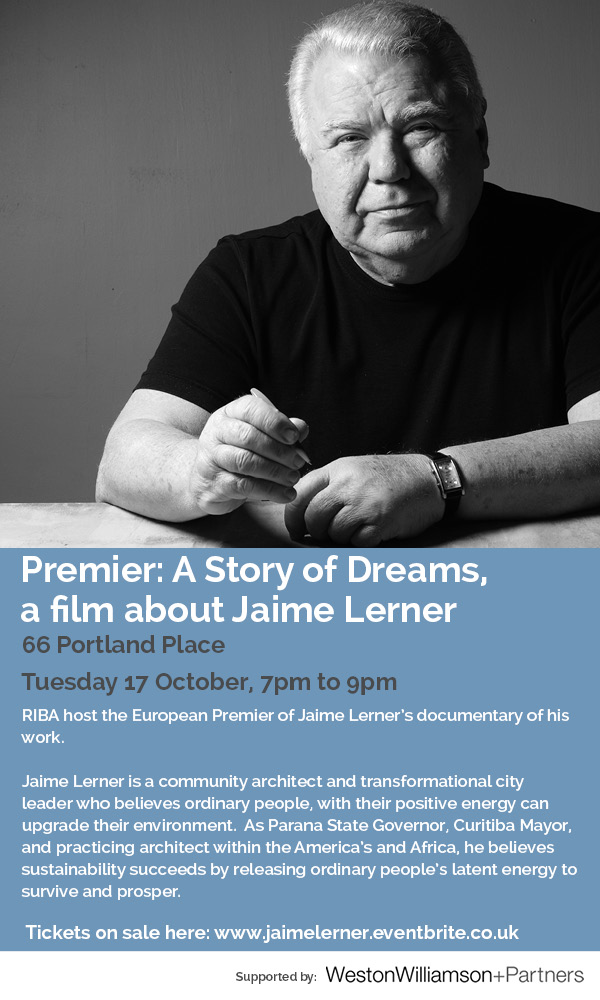 On Tuesday 17th October, RIBA will host a European premiere of “A Story of Dreams”, film on Jaime Lerner’s groundbreaking work as a mayor of Brazilian city of Curitiba.

Jaime Lerner is a community architect and transformational city leader who believes ordinary people, with their positive energy can upgrade their environment. As Parana State Governor, Curitiba Mayor, and practicing architect within the America’s and Africa, he believes sustainability succeeds by releasing ordinary people’s latent energy to survive and prosper.

To find out more and book tickets: https://www.architecture.com/whats-on/premier-a-story-of-dreams-a-film-about-jaime-lerner#