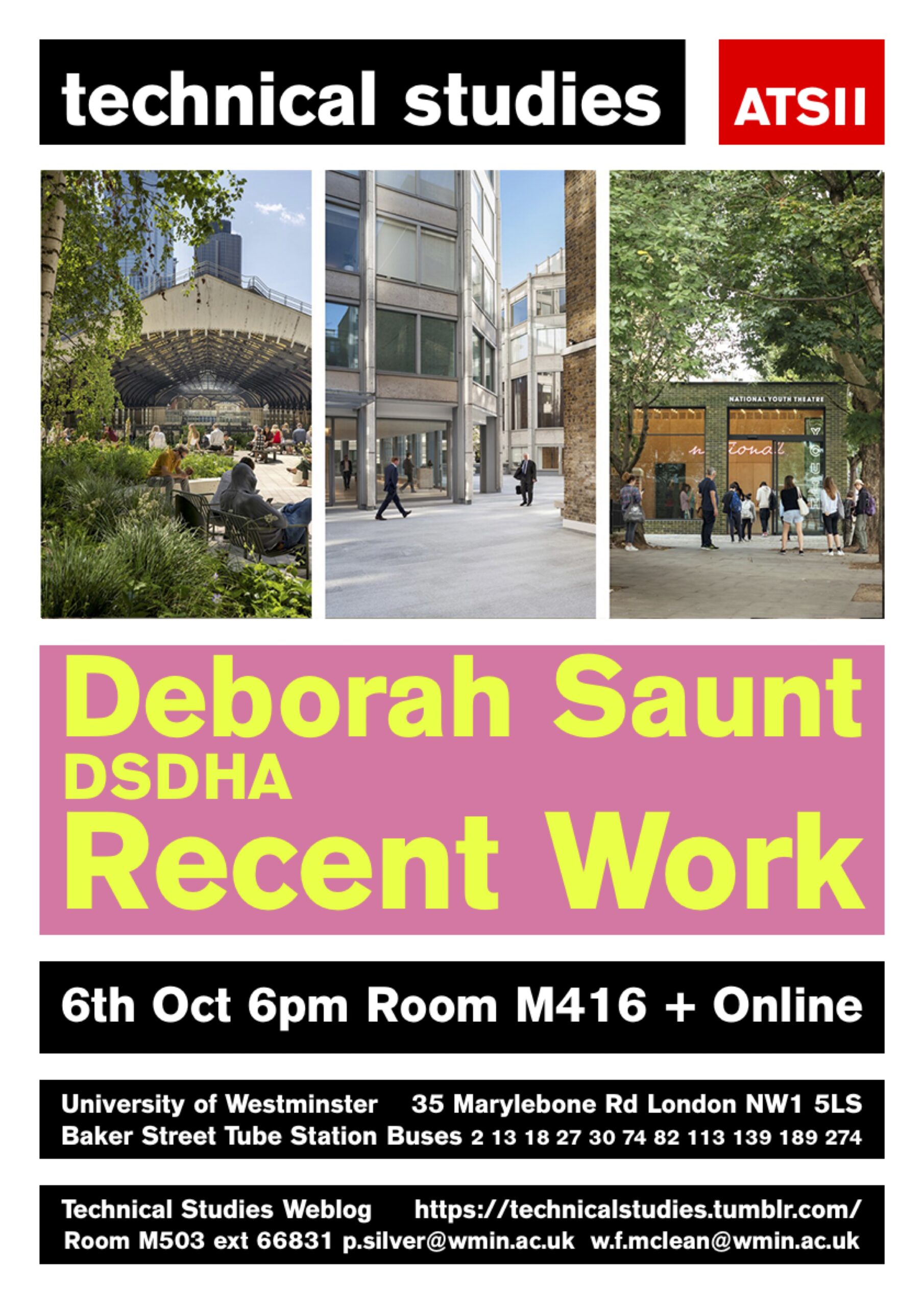 Deborah is one of the founding directors of DSDHA. Her recent and ongoing projects include the refurbishment of London’s iconic Economist Plaza in St James and a new building on Piccadilly for The Crown Estate. Large urban scale work includes the regeneration of a 600-home estate for London Borough of Southwark with a strong focus on engagement, the creation of Cundy Street Quarter, a new 2.4-acre mixed-tenure neighbourhood in Westminster, the redesign of the public realm around the Royal Albert Hall, the public realm framework for the West End including the reimagining of Tottenham Court Road, and a new park for the City of London above Liverpool Street Station.

Much of her current work is concerned with democratising architecture, having set up the Jane Drew Prize in Architecture, and helping to redefine the role of architecture in the 21st century – addressing people’s emerging needs in the context of rapidly shifting environmental, technological and social conditions. Deborah is a Trustee of the London School of Architecture, of which she was a Founding Director, which focuses on broadening access to the profession and building new collaborative forms of research and practice. She regularly talks and writes on issues of diversity and innovation in the built environment.

Deborah gained her PhD with the RMIT Practice Research Programme, and has held academic appointments at Yale School of Architecture, Universidad de Navarra, École polytechnique fédérale de Lausanne and the University of Cambridge.