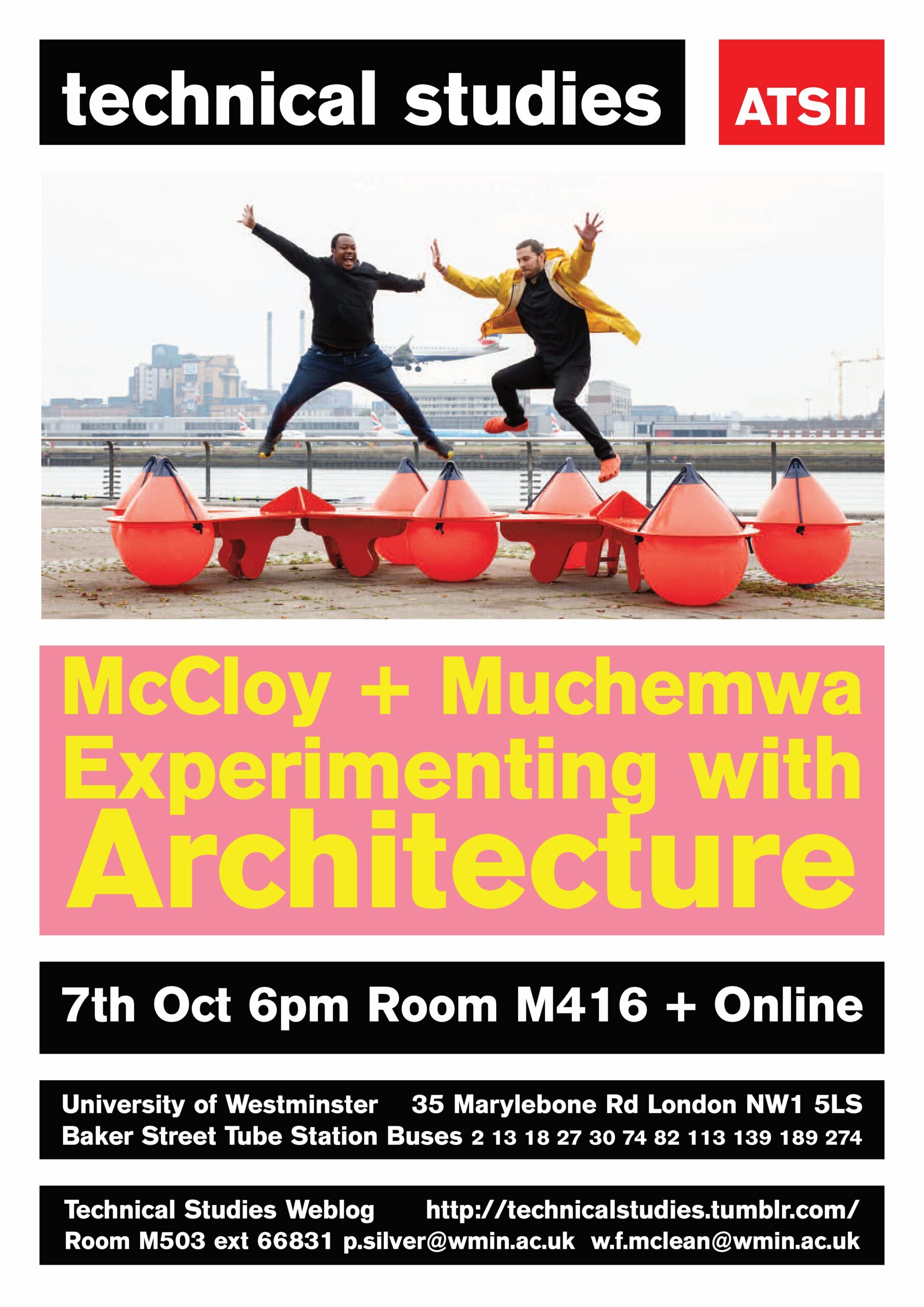 When: Thursday, 7th of October at 6pm

The design and architecture studio of Steve McCloy and Bongani Muchemwa has its roots in Africa and is based in London. The studio’s work is an inventive exploration into design thinking and designs have included a bamboo bicycle, a reinvention of the Police ‘Tardis’, street furniture, modular housing and wearable architecture. In 2020 McCloy + Muchemwa were named in the Architects’ Journal 40 Under 40, and featured in Wallpaper* magazine’s survey of the next generation of 10 London practices.

Steve is a registered architect with experience across a variety of sectors from public installations and private homes to civic buildings, polar research stations, and sustainable urban developments. He is also published as a researcher / author and has contributed to numerous books and articles including ‘Once Upon A China’ by CJ Lim + Steve McCloy (2021). Steve has exhibited work at the Royal Academy of Arts Summer Exhibition, and was nominated for both the RIBA President’s Bronze and Silver Medals.

Bongani is a registered architect with significant experience at some of the UK’s most high profile architectural practices and he has won numerous awards for design excellence. His work with film and animation has been widely celebrated including at Magma Film Festival in Sicily. Bongani has exhibited work at the Royal Academy of Arts Summer Exhibition, and was nominated for the RIBA President’s Bronze Medal. Bongani is also a lecturer and studio tutor at the University of Westminster, a Practice Mentor at the Royal College of Art, and is a trustee of the Wakefield-based arts charity Beam.