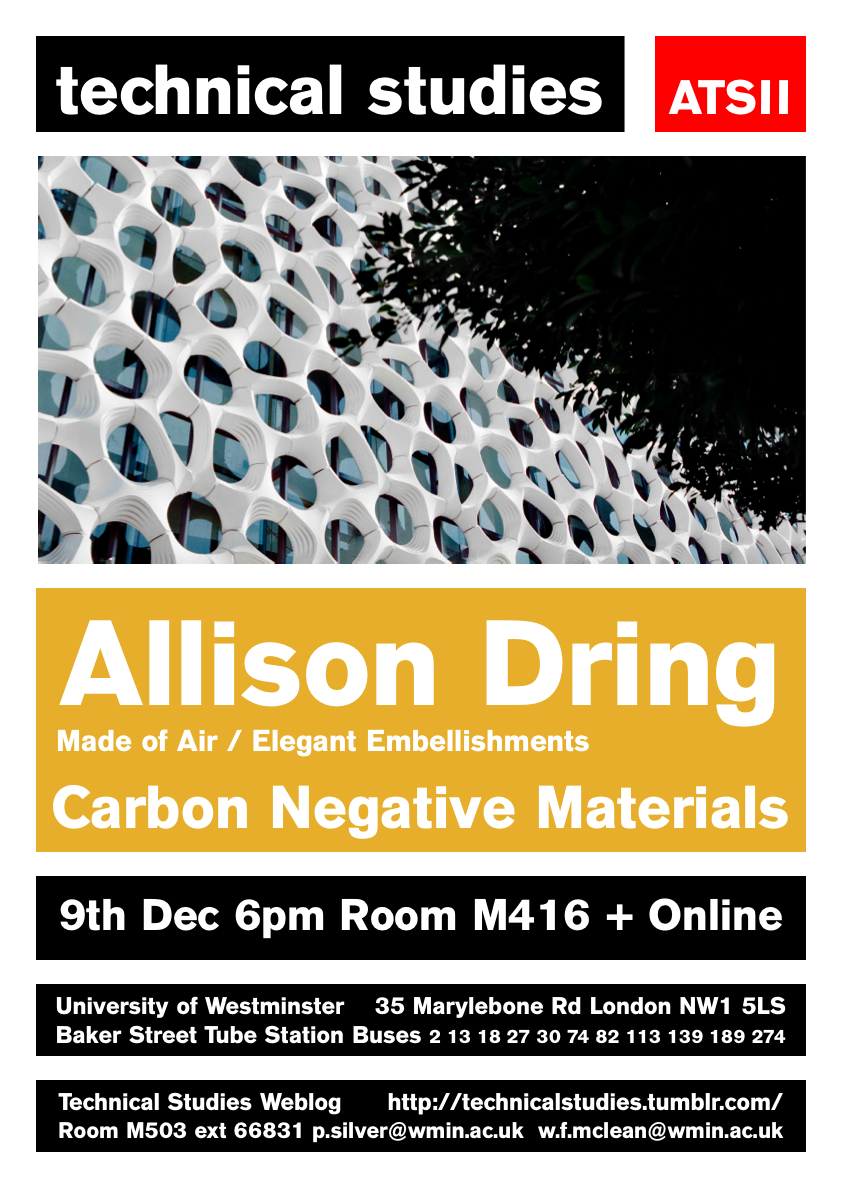 When: Thursday, 9th of December at 6pm (GMT)

[…] it turned out that TiO2 (titanium dioxide) is excellent for photocatalytically breaking down organic compounds.

Frustrated by a sustainable architectural palette of parsimony and the orthogonal construction grid, Elegant Embellishments (EE) designed a deliberately decorative pollution-cleaning screen, based on an aperiodic grid to ‘elicit an emotional response’. This new product was named prosolve370e in reference to the naming of cars after their engine size and how much pollution they produce. The ‘370e’ refers to how much surface enhancement the designers could achieve in order to counter that volume of pollution. Made from thermo-formed plastic to reduce weight, the modules are coated in photocatalytic titanium dioxide (TiO2). The designer and partner in EE Allison Dring explains that prosolve370e does three things: first it maximises surface area to increase the ‘efficacy of the technology’; second it creates turbulence to slow the air pollution and make it easier to catch on the surface; and third the forms of the modular screen are designed to enhance reception of light, including the reflected light of neighbouring modules. In 2012, the technology was installed at the Hospital Manuel Gea Gonzalez in Mexico City, described as ‘the incredible smog-eating building’ by CNN.

The screen covers an area of 25,000 m2 and is thought to be the world’s largest engineered urban air-purifier. Based on the size of the screen, and its maximised surface area, EE claims to achieve around 5000 m2 of photocatalytic activity, which equates to mitigating the air pollution produced by 1,000 cars per day. Air pollution is composed of two key ingredients: oxides of nitrogen (known as NOx) and volatile organic compounds (VOCs), which are both produced by combustion engines.