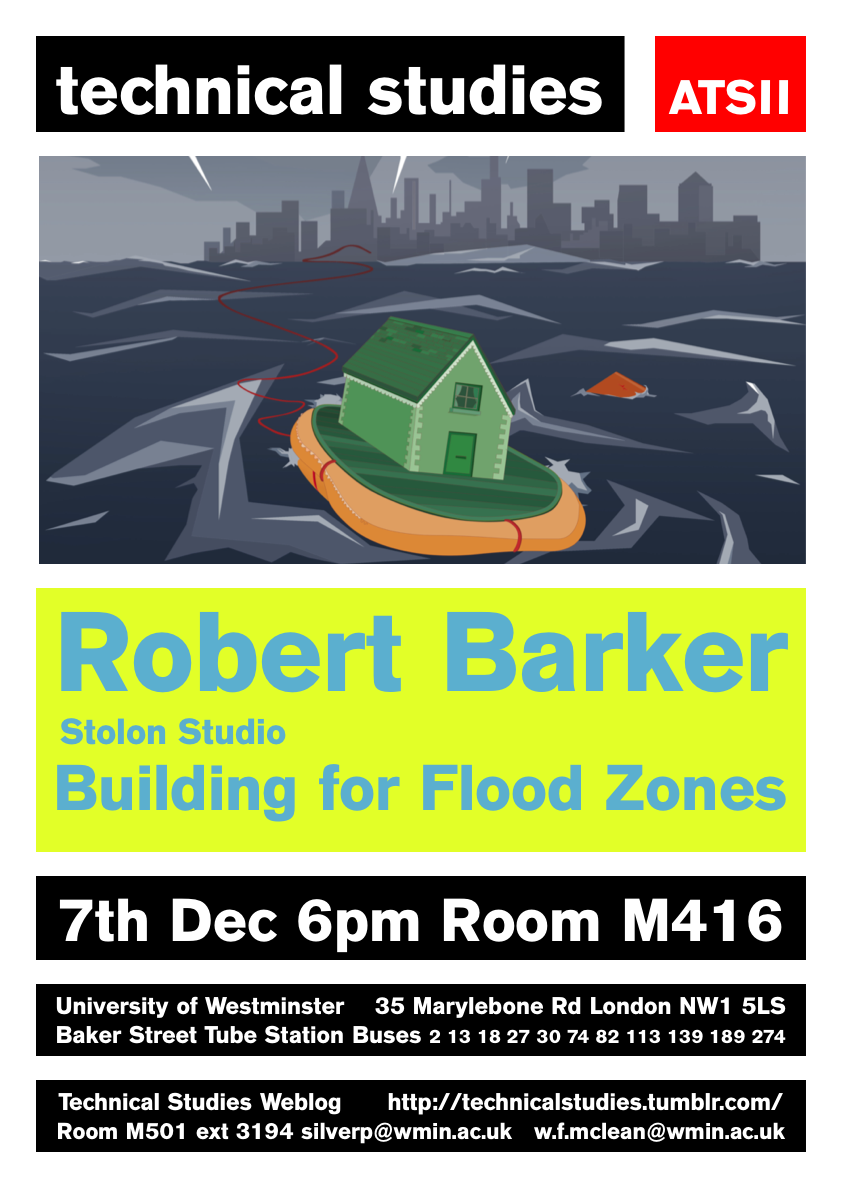 Robert Barker is one of the co-founders of Stolon Studio Ltd along with Westminster alumna Jessica Barker. He trained at the Royal College of Art before working for a number of innovative firms such as Birds Portchmouth Russum. In 2003 he jointly set up Baca Architects and went on to win numerous awards and recognition as one of the leading innovators in flood resilient and adaptable architecture. With Baca, he won the RIBA Presidents Award for Research in 2009 and 2014, for the LifE project and the CAN project respectively. Robert is an author of the Metric Handbook – Flood Chapter (2015) and RIBA book – Aquatecture (2016). Whilst a director at Baca he worked on The Amphibious House (the UK’s first); A one-off house with a floating concrete base designed to resist flooding, which featured on Grand Designs and was winner of the London Design Awards, Gold 2015.

In 2016 he set up Stolon Studio with the aim of specialising in Architectural Development – using his design skills to unlock complex sites and push the boundaries of development. Robert is also a Part 3 examiner and he sits on several design review panels.