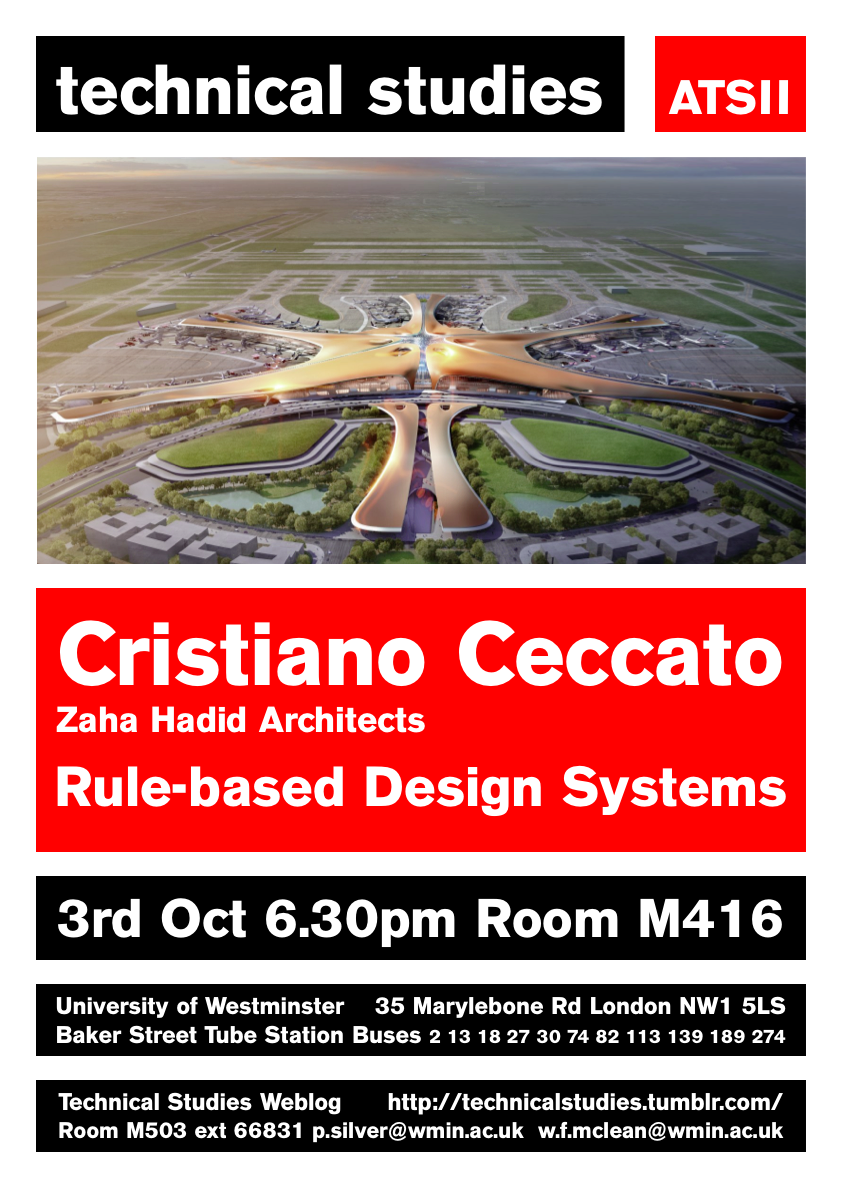 Cristiano Ceccato is an Associate Director at Zaha Hadid Architects in London. Since joining the firm in 2008, his work has entailed a wide range of management, design and technology leadership responsibilities, leading large-scale public and private projects. Cristiano previously worked for Gehry Partners and was a co-founder and Director of Research & Consulting of Gehry Technologies, where he was responsible for professional consulting services and technology transfer.

Cristiano trained as an architect and computer scientist, and specializes in the development of design solutions for complex forms using parametric technology and computer programming, supporting computational design tools and associated fabrication methods. Cristiano has practiced architecture in Europe, Asia and the US. He has lectured widely on the subject of computational rule-based design systems and parametric form finding in digital building processes. He has held academic faculty positions in London, Milan, Hong Kong, Los Angeles and Australia. He received his professional Diploma in Architecture degree from the Architectural Association (1996) and an MSc in Computer Science from the Imperial College of Science and Technology in London (1997). He was elected a Fellow of the Royal Society of Arts (UK) in 2004.