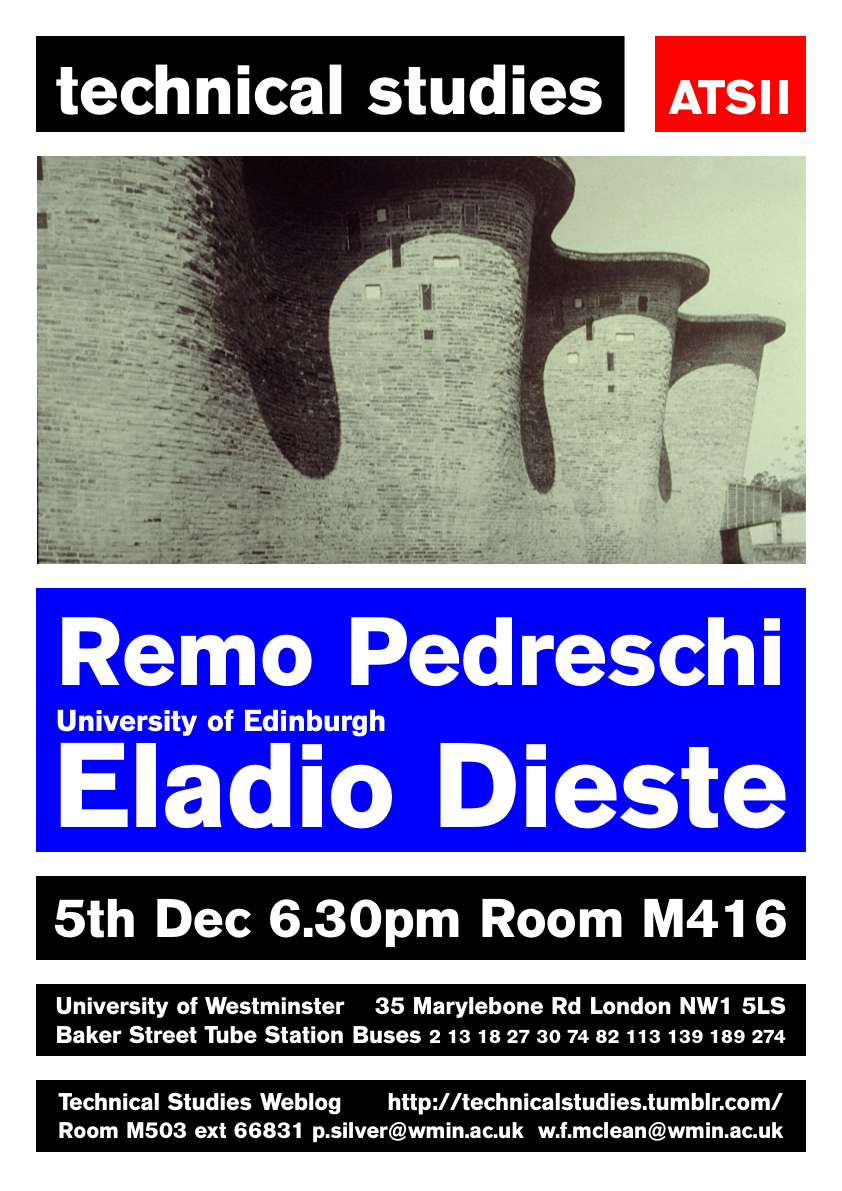 Eladio Dieste (1917-2000) was a Uruguyan engineer who studied in the Faculty of Engineering at the University of Montevideo. In his book on the work of Dieste, The Engineer’s Contribution to Contemporary Architecture: Eladio Dieste, Remo Pedreschi explains that Dieste’s university education was formative and crucially provided him with the fundamentals of maths and physics, which was so instrumental in his conception of structures. Some of the earliest work that Dieste undertook as an engineer was on concrete shell structures and on first glance whilst studying projects such as his free-standing vaults for ANCAP in Montevideo (1955) you could easily be forgiven for thinking that they were fabricated out of reinforced concrete. In fact, these shells were made from a unique system devised by Dieste of clay bricks reinforced with steel cables and cement. As with other great structural ‘artists’ of that period such as Felix Candela and Pier Luigi Nervi, Dieste was engineer, builder (and latterly architect) of his projects. He established the firm Dieste y Montañez in 1955 and as Remo Pedreschi explains “…the firm was in effect, a major design and build contractor that had developed its own innovative construction techniques.”

Remo Pedreschi is a chartered engineer and Professor of Architectural Technology at the University of Edinburgh. He joined that university after holding senior positions in the construction industry and continues to work with industry. He has undertaken research in a range of materials including concrete, steel, timber, and stone and currently is Director of the Master’s programme in Material Practice. He obtained his PhD for research in post-tensioned brickwork and has published a number of scientific papers in his area. This research led to his interest in the work of Eladio Dieste. He developed and co-edited a series of books exploring the relationship between engineering and architecture, The Engineer’s Contribution to Architecture, for which he wrote the monograph on Eladio Dieste. Remo was also the co-author of the seminal Fabric Formwork book.