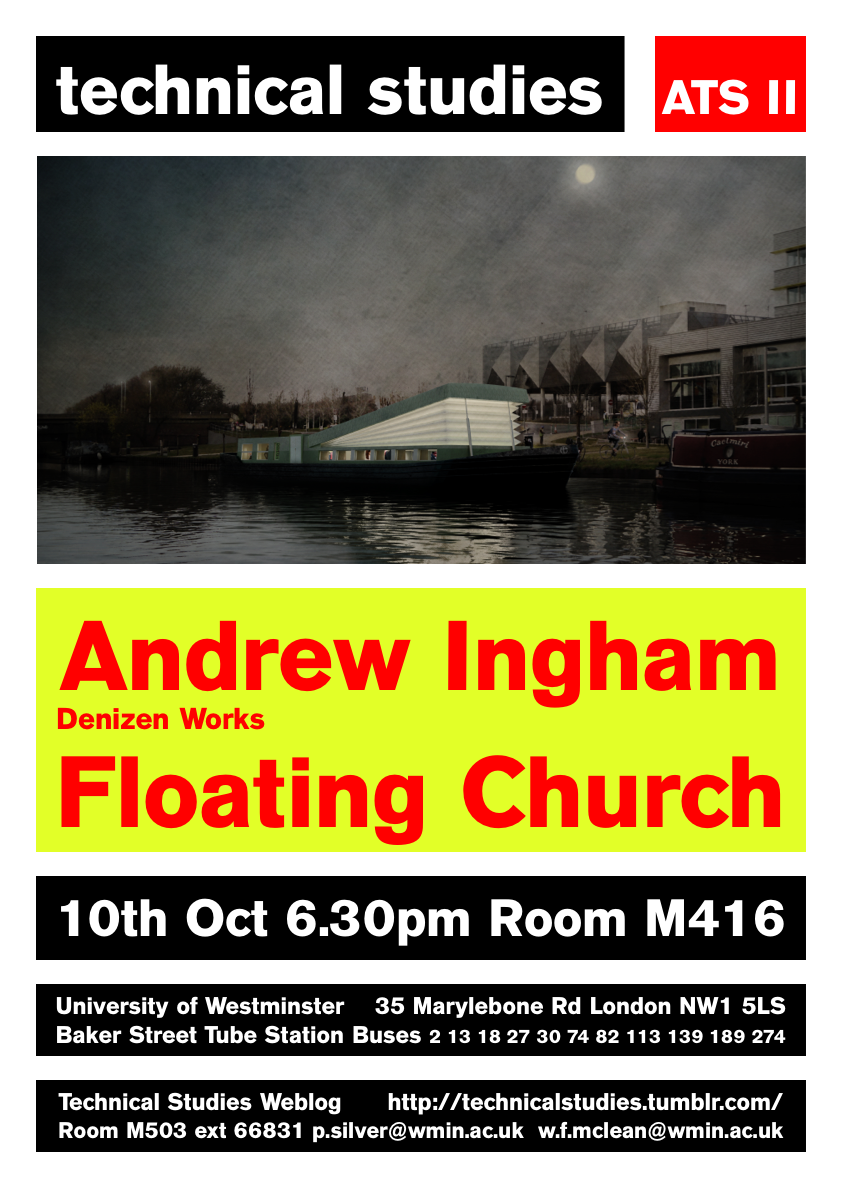 Denizen Works is an award-winning architecture practice based in East London, and led by directors Murray Kerr and Andrew Ingham. The practice won the Stephen Lawrence Prize for House No.7 and was included in the Architecture Foundation’s book, ‘New Architect’s 3’, celebrating the best British practices established in the last decade. In addition to a number of private residential commissions and housing projects, the office has worked on a wide range of projects including; a vertical gallery at Inverewe Gardens, a tea-house in Nepal and The Floating Church.

Denizen Works, working with boat-builders Turks, won The Diocese of London commission to develop designs for a new floating church to navigate the canals of London. Inspired by church organ bellows and the pop-up sleeping pods found in vintage VW camper vans, the project was developed to provide a dramatic and transformative space within the confines of a barge designed to traverse the London canal network. During its nomadic existence, the boat will alternate between two distinct characters. When navigating the waterways, the boat will be compact and low-lying, so as to pass beneath bridges. When moored, the boat will become an illuminated beacon with its sculptural pop-out roof canopies.

Andrew Ingham studied his degree at the University of Nottingham, achieving first class honours before completing his Part 2 and Part 3 qualifications at the University of Westminster. Andrew has been the project architect for a number of award winning schemes and he oversees the technical output of the office including the Floating Church, the Eyrie at Inverewe and a large new build house by Loch Awe.