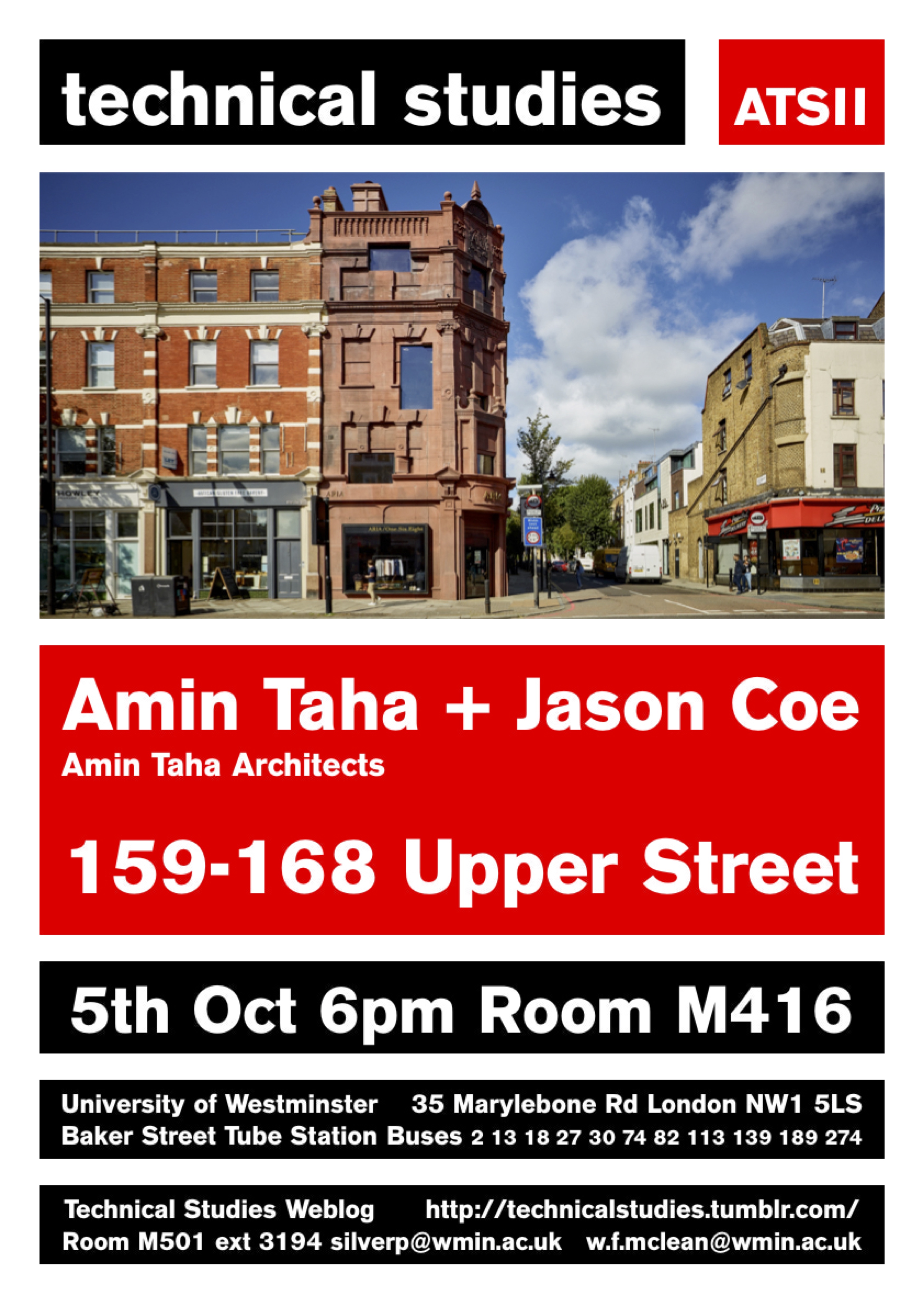 Technical Studies Lectures are back!

Join us for the first in the series of lectures starting next Thursday 5th October at 6pm, with Amin Taha and Jason Coe of Amin Taha Architects.

Replacing a gap site which was never redeveloped after WWII, Amin Taha architects have reconstructed an extraordinary but ‘misremembered’ facsimile of the bookend of a late 19th Century terrace opposite Islington Town hall. All external mouldings, window surrounds and features as well as internal skirting, dado rails, cornices and anglypta wallpaper were 3D modelled and then robotically routed into an expanded polystyrene formwork. The entire façade (including roof) was then cast insitu in a special terracotta/concrete mix. The walls are half a metre thick, are load-bearing, and perform as thermal barrier, and internal/external finishes. The terracotta structural skin was then filled with a series of cross laminated timber floors threaded through the outer shell. Up close the remarkable and innovative process of construction is revealed in the subtle ‘cast’ quality of eccentric details and features in a structural shell, which also contains secret panels and openings only visible on closer inspection. Amin Taha architects were established by Amin Taha in 2005 and the practice have recently been shortlisted for the RIBA Stirling Prize for their brick and wicker housing project in Barrett’s Grove, London.