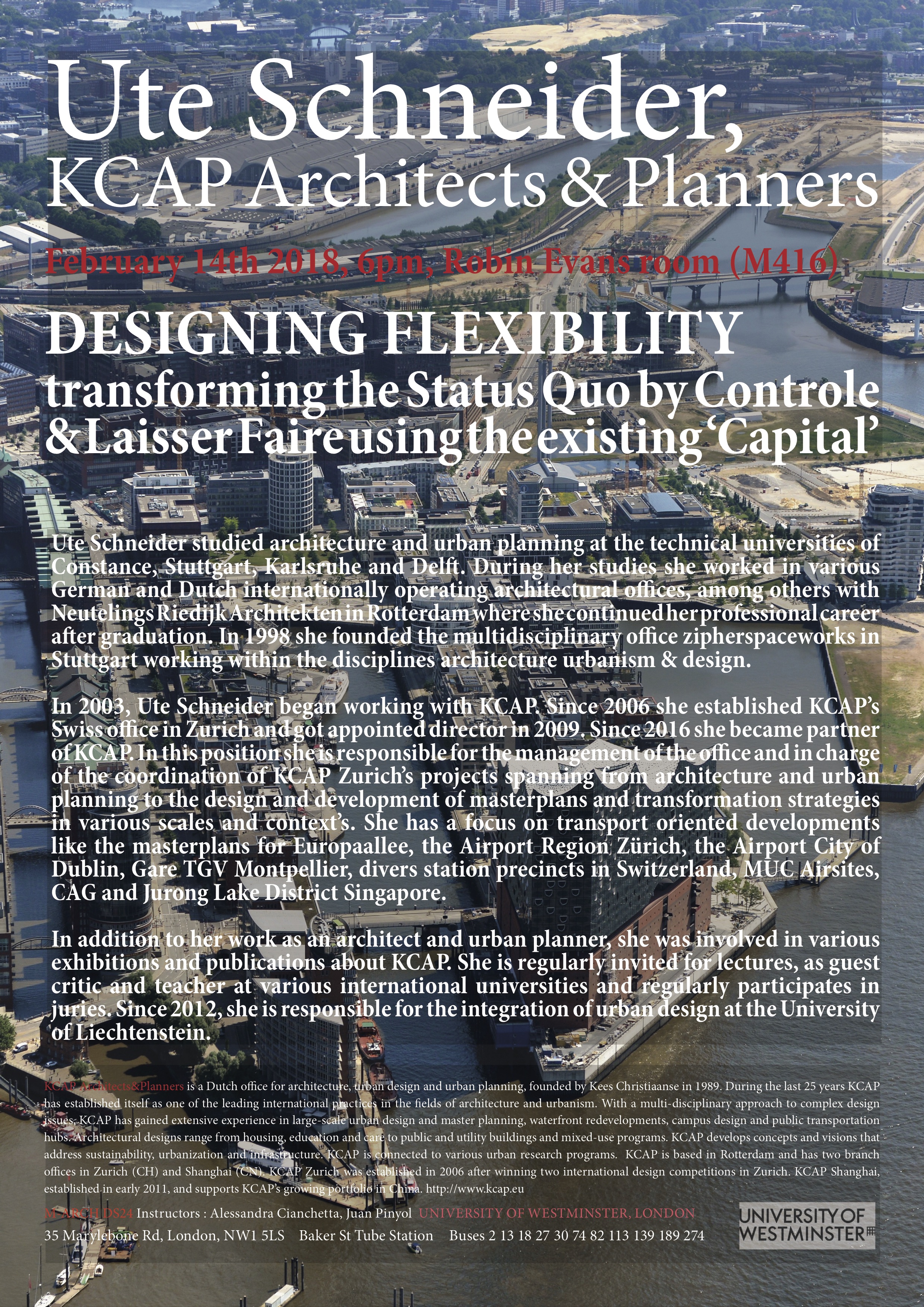 Ute Schneider studied architecture and urban planning at the technical universities of Constance, Stuttgart, Karlsruhe and Delft. During her studies she worked in various German and Dutch internationally operating architectural offices, among others with Neutelings Riedijk Architekten in Rotterdam where she continued her professional career after graduation. In 1998 she founded the multidisciplinary office zipherspaceworks in Stuttgart working within the disciplines architecture urbanism & design.

In 2003, Ute Schneider began working with KCAP. Since 2006 she established KCAP’s Swiss office in Zurich and got appointed director in 2009. Since 2016 she became partner of KCAP. In this position she is responsible for the management of the office and in charge of the coordination of KCAP Zurich’s projects spanning from architecture and urban planning to the design and development of masterplans and transformation strategies in various scales and context’s. She has a focus on transport oriented developments like the masterplans for Europaallee, the Airport Region Zürich, the Airport City of Dublin, Gare TGV Montpellier, divers station precincts in Switzerland, MUC Airsites, CAG and Jurong Lake District Singapore.

In addition to her work as an architect and urban planner, she was involved in various exhibitions and publications about KCAP. She is regularly invited for lectures, as guest critic and teacher at various international universities and regularly participates in juries. Since 2012, she is responsible for the integration of urban design at the University of Liechtenstein.

KCAP Architects&Planners is a Dutch office for architecture, urban design and urban planning, founded by Kees Christiaanse in 1989. During the last 25 years KCAP has established itself as one of the leading international practices in the fields of architecture and urbanism. With a multi-disciplinary approach to complex design issues, KCAP has gained extensive experience in large-scale urban design and master planning, waterfront redevelopments, campus design and public transportation hubs. Architectural designs range from housing, education and care to public and utility buildings and mixed-use programs. KCAP develops concepts and visions that address sustainability, urbanization and infrastructure. KCAP is connected to various urban research programs. KCAP is based in Rotterdam and has two branch offices in Zurich (CH) and Shanghai (CN). KCAP Zurich was established in 2006 a er winning two international design competitions in Zurich. KCAP Shanghai, established in early 2011, and supports KCAP’s growing portfolio in China.