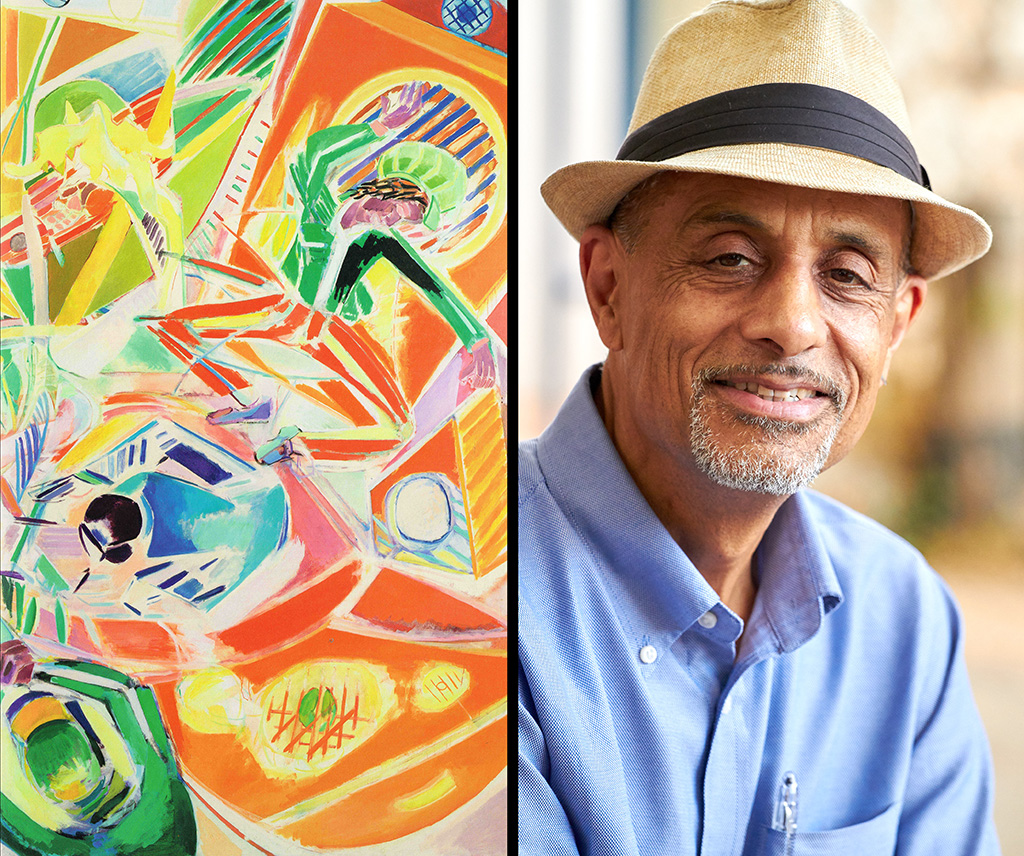 In this talk I explore what “thinking through sounding” and “sonic space” might reveal about the kind space and place we inhabit in our ordinary lives. Sonic space is where sound defines space, rather than the way space is often assumed to define sound. Examples of sonic spaces in Jamaican culture include reggae dub music (King Tubby and other tracks played on vinyl in the talk), the speaker box architecture of the dancehall sound system session, my own sonic sculptures and the paintings of the artist Denzil Forrester. I then deploy the idea of sonic space as a critique of default ocularcentric assumptions of perception, the emptiness of the geometrical abstractions of line and plane, the rationalisation of vision that provides such a convenient metaphor for hierarchies of power. From this I pursue a conception of vibrational frequencies – whether auditory or visual – as constituting the medium through which we move, are enfleshed and share our dwelling.

Professor Julian Henriques is convenor of the MA Scriptwriting and the MA Cultural Studies programmes, director of the Topology Research Unit and a co-founder of the Sound System Outernational practice research group in the Department of Media, Communications and Cultural Studies, Goldsmiths, University of London. Prior to this, Julian ran the film and television department at CARIMAC at the University of the West Indies, Kingston, Jamaica. His credits as a writer and director include the reggae musical feature film Babymother and We the Ragamuffin short. Julian researches street cultures, music and technologies and is interested in the uses of sound as a critical and creative tool. His sound sculptures include Knots & Donuts (2011) at Tate Modern and his books include Changing the Subject (1998), Sonic Bodies (2011) and Sonic Media (forthcoming 2021).