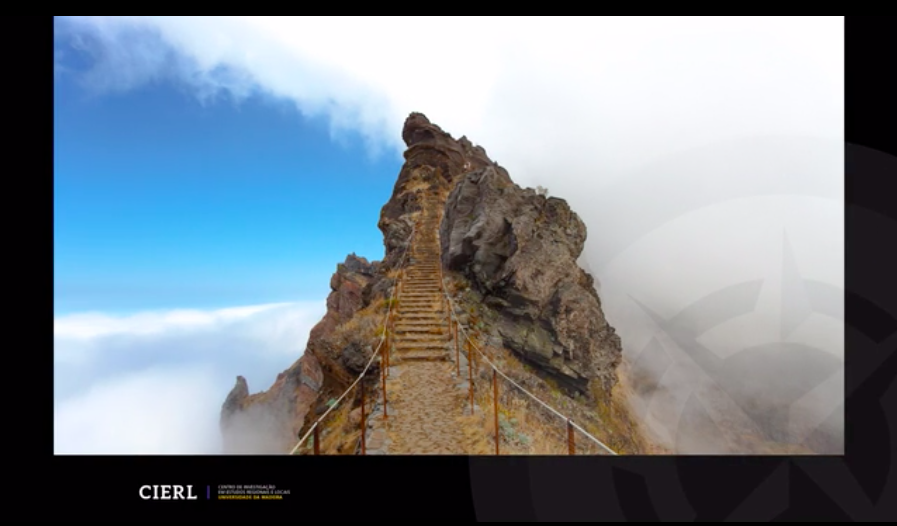 Translocality draws attention to multiplying forms of mobility without losing sight of
the importance of localities in peoples’ lives.
(Oakes and Schein, Translocal China, Linkages, Identities and the Reimagining of Space)

TRANSLOCAL Contemporary Local and Urban Cultures seeks to explore and discuss the possibility of the transcendence of the physical and virtual place(s), understood as expanded space(s)/time(s), where local and global arise as implicated dynamic realities. It will analyse, not only the geopolitical, social, historical and cultural processes of local and urban encounter, but also the various forms of artistic expression resulting from these phenomena understanding that, nowadays, it always implies both the development of local identification ties as well as the building of ties that belong to several external networks, located beyond the local.

The inaugural issue of TRANSLOCAL Contemporary Local and Urban Cultures opens the invitation to the publication in the sections of a) Essays, including visual essays and b) Articles.

Proposals for publication should contribute to the reflection on the concepts of (trans) locality and urban cultures, as well as to the critical analysis of geopolitical, social, economic, geophysical, biological, cultural, artistic, psychological and affective dimension that these concepts can refer to, or even to the discussion of the problems that these phenomena and experiences imply. The case studies taken as the object of analysis and discussion may relate to both the city and the urban cultures of Funchal, as well as other cities and other places marked by translocality.
(Trans)locality and urban cultures

Today, to reflect on what is translocal and translocality, on what is the city and the urban (and their cultures), implies putting these concepts, phenomena and experiences in correlation with others that are alternative or complementary to them: On the one hand, local / locality / localism, region/regionality/regionalism, nation/nationality/nationalism, globalization and cosmopolitanism; and, on the other hand, countryside / rural / rurality.

The catastrophic, fragmentary and palimpsest character that Walter Benjamin (2003) identified in the experience of modern temporality, the liquidity that Zygmunt Bauman (2012) diagnosed in late modernity, or the critical reflexivity that Ulrich Beck (1994) also pointed out in contemporary times could no longer coexist, in the late twentieth century, with exclusively linear and progressive conceptions of time, with deterministic and merely material perspectives of space (Lefebvre, 1991; Massey, 2005; Harvey, 2009), or even with tight and static paradigms of phenomena such as frontier or community (Agamben, 1993, Nancy, 2000).

The city and the urban, thought and experienced as expanded and unstable place-times, presented themselves as a physical, social, political, and cultural fabric, fragmentary but dense, contaminated and in turbulent metamorphosis (Crang, 2000). They emerged as organic, tensile, and non-homogeneous units, where the threshold with the rural and with the foreigner dissolved and where various temporalities intersected, in a plot that was permeable to the strange, the difference and the new, but simultaneously would define itself as an autophagic body that nourishes itself from the ruins of the past, in order to reinvent itself in a complex and sometimes chaotic way (Domingues, 2010).

City and urban would configure themselves then (as today) as palimpsests and transboundary archipelagos, marked by dynamics that surpassed the physical place; like rhizomatic systems, whose fluidity found points of anchorage and crystallization that extended beyond the classic physical walls of the city and beyond the norms that, until then, dominated.

Along with this understanding of what was (or is) the city and the urban, in that same period, translocality and translocal emerged also as a conceptual renovation of these other terms that are tangential to them. Subject to the usury of time and the phenomenological, historical and contextual alteration, local / locality / localism, became limiting operative concepts in the reflection on the modern eco sociocultural systems as well as in the construction of answers to the questions and the challenges posed by contemporaneity. On the one hand, the growing wave of human and cultural mobility was intensified with technological development, with the emergence of new media and (with these) renewed modes of communication and interpersonal, intercultural and economic relations, now also marked by Virtuality, cross-border simultaneity and more complex space/time experiences (Beck, 2007; Greenblatt, 2010). On the other hand, the nineteenth-century paradigm of the nation-state (often reproduced, on a smaller scale, in the paradigm of the Region) was exhausted (Sousa Santos, 1999), requiring a re-equating of the processes of political and geocultural identification, identity narratives and community-based relationships (Agamben, 1993, Nancy, 2000). Simultaneously, the hegemonic tendency of globalization, the vertigo of cosmopolitan uprooting, and these new understandings of space/time, brought about a profound destabilization and pulverization of the narratives of identity.

In this way, translocal and translocality questioned and deconstructed the radical and uncritical dichotomization that, not infrequently, was established between what was local and national or between what was local and global or cosmopolitan (Greiner and Sakdapolrak, 2013). They came to refer to cultural, social, political, historical, economic, artistic, or even biological, geophysical, psychological and affective phenomena and experiences implied in more or less transgressive dynamics of transit, fluctuation, transference and metamorphosis, Was of subjects, values, substances and imaginary, whether of goods and products. However, these phenomena and experiences did not, however, stem from an absolute deterritorialization or from a radical uprooting of time that projected them out of a here-now. The prefix trans- inscribed (and still subscribes today) the dynamic, transformative, relational and transgressive character of this contemporary modality of experiencing and thinking the place. Locus, in the etymological root of place, in turn, stressed that this fluctuation or drift, as well as the merging of boundaries resulting therefrom, did not exhaust itself.
In this context, to return to the local, to rethink it critically, now in an articulation of various scales and times that cross in it, emerges as an attempt to respond to those shocks, demanding, however, another conceptualization, that exceeded the confinement of the borders of the local to a static, physical and geographic rooting (Appadurai, 2003: 178).

As Katherine Brickel and Ayone Datta (2011: 3-4) note, following the path of authors such as Appadurai, translocal and translocality designate phenomena and experiences “place-based rather than exclusively mobile, uprooted or ‘travelling.” As expanded places, resulting from the encounter and negotiation between various places-times, the existence of these phenomena and experiences is produced locally (Appadurai, 2003: 178).

TRANSLOCAL welcomes, proposals of essays and articles (2500 to 5000 words), written in Portuguese or English, which, dealing with the theme “(Trans)Locality and Urban Cultures”, address (although not exclusively) topics such as:

Submissions: All submitted material will be subject to a double-blind peer review process.

Essays and articles proposals must be sent to translocal.revista@mail.uma.pt , by 10 November 2017, and should also include the following elements:

Guidelines for articles are available at http://www4.uma.pt/cierl/?page_id=5070

TRANSLOCAL. Contemporary Local and Urban Cultures is a journal oriented to the dissemination and study of contemporary local and urban cultural phenomena. Intending to reach local, national and international heterogeneous public, it is composed: a) an online edition and b) a printed edition, both autonomous, but dialoguing with one another. Both versions own their unique ISSN registration. TRANSLOCAL will assume cultural analysis and dissemination, taking into account not only its local context but also potential translocal and international articulations.

The online edition will be updated quarterly, with contents being published/organised in five different sections: Essays, Articles, Dialogues, Crossed gaze and Reading Suggestions. The digital edition of the journal will give preference to contents that address issues and themes related to the project, or to activities and events that TRANSLOCAL promotes or is associated with as a partner. will not be subject to exclusive themes

The paper edition, with the ISSN 2184-1047, will be published one a year and each number will have a specific theme. Articles submitted for publication will be subject to double-blind peer review, by members of the journal’s Reading Committee and Advisory Board. The first number will be published in Spring 2018.

TRANSLOCAL is a partnership between the Centre for Research in Regional and Local Studies of the University of Madeira (UMa-CIERL) and the Municipality of Funchal (CMF). TRANSLOCAL. Contemporary Local and Urban Cultures will take a particular “topos” of interest Funchal to think (with) other (trans)local and urban cultural realities.