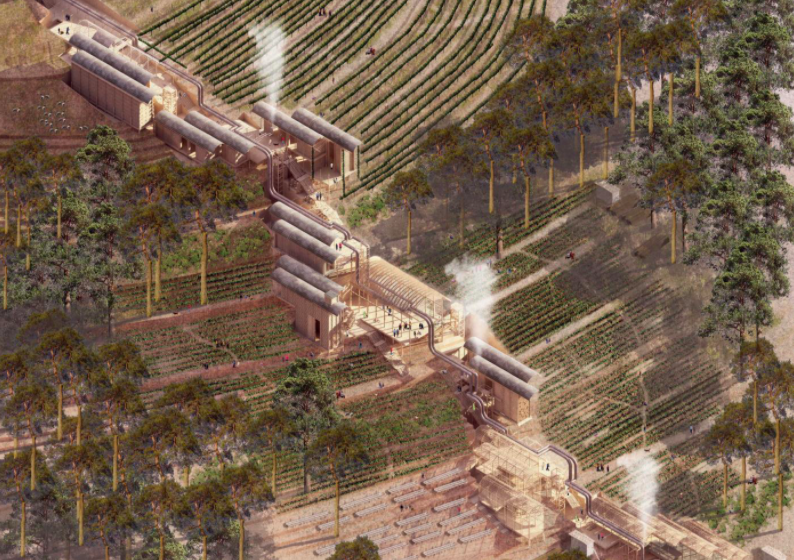 This project is situated in an area of Tuscany, Italy known as the Devil’s Valley, which had become known for its production of renewable geothermal energy over the past century. To protect the livelihood of local communities relying on that energy source, Robert proposed a new rural self-build development, powered by a geothermal well, with a pipeline and manufacturing spaces cascading down the valley landscape.

Read more about the project here.

Huge congratulations to Robert and his tutors Anthony Boulanger, Stuart Piercy and Callum Perry from DS16 on this amazing achievement!

Featured Image: The Geothermal Co-operative by Robert Beeny via RIBA