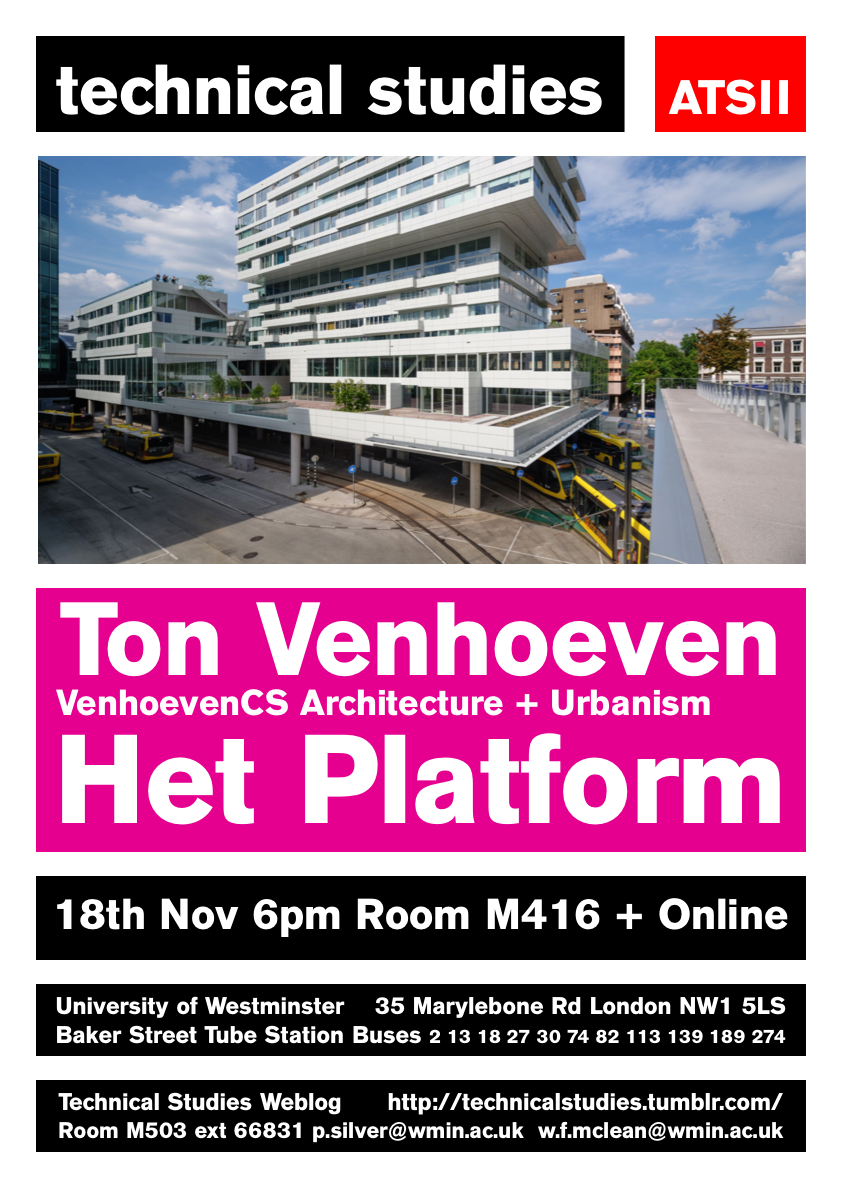 Ton will be giving the talk in person and the talk will also be live-streamed via this link.

As the construction industry works towards a more sustainable post-pandemic future, Ton presents a timely, expert viewpoint having worked with government on a 2050 City of the Future design study. This study explored how cities should react to major challenges such as climate change, loss of biodiversity, natural resource depletion and pollution. As the leading architectural firm on the team, VenhoevenCS have conducted substantial research around this topic.

The practice’s key projects centre around building healthier and more liveable cities with nature-inclusive design. The MicroCity is an innovative concept for buildings and neighbourhoods which reduces travel needs and is a major contribution to cities becoming truly self-sufficient and sustainable. An example of this is Het Platform, VenhoevenCS’ recently completed a mixed-use community building for living, working and playing right next to Utrecht Central station.

Ton is a former Chief Government Advisor on Infrastructure to the Dutch government from 2008-2012. During his time in government he advised on sustainability of infrastructural, urban and regional planning. Prior to this he was a Professor of Architectural History and Theory at Eindhoven University of Technology (2005-2009), where his design research focused on the pedestrian city of tomorrow. Alongside his work as an architect and urban designer, Ton is an international consultant for Smart MicroCity and Healthy City, integrated planning, multimodal mobility networks and transit-oriented development. Among his clients are national and international governmental organisations, NGO’s and foundations. Sustainability is in Ton’s DNA: ever since the publication of Limits to Growth in 1972, he has made it a point in both his professional and private life to contribute to a sustainable, equitable world in which all life can thrive. His latest focus is on biodiversity and nature inclusive design.