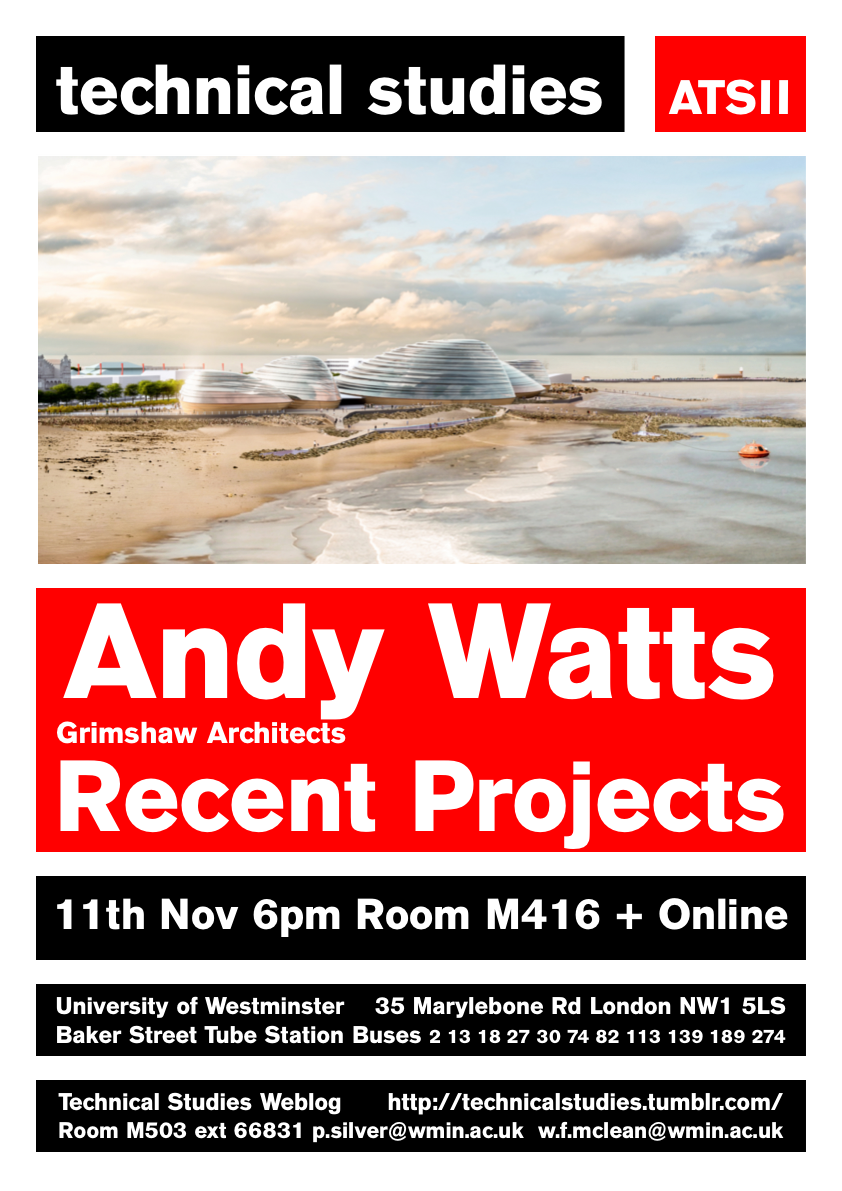 Andy Watts is Grimshaw’s Director of Design Technology and oversees the application and exploration of innovative technological approaches across all Grimshaw studios, covering areas such as computational design, BIM, virtual and augmented reality technology, data-driven intelligence and DfMA.

Andy strives to bring the benefits of design technology to as many Grimshaw projects as possible. He has worked to introduce these approaches to a range of their projects at various scales, with a range of different agendas.

Beyond Grimshaw, Andy actively engages with the digital technology industry as well as representing the work of Grimshaw at various industry and academic events. He teaches at the Architectural Association in London and has taught at the Universities of Westminster, Lincoln, and Dundee and has organised educational workshops in Dubai and with the Pratt Institute in New York. Andy is also on the organising committee for the London VR/AR User Group which offers a platform to share Grimshaw’s leading knowledge in the field of VR with other architectural firms.

Grimshaw was founded by Sir Nicholas Grimshaw in 1980. The practice became a Partnership in 2007 and operates worldwide with offices in four continents employing over 650 staff. Nicholas Grimshaw received the RIBA Gold medal in 2019. Notable practice projects include The Eden Project, the International Terminal at Waterloo and the Fulton Project, New York.