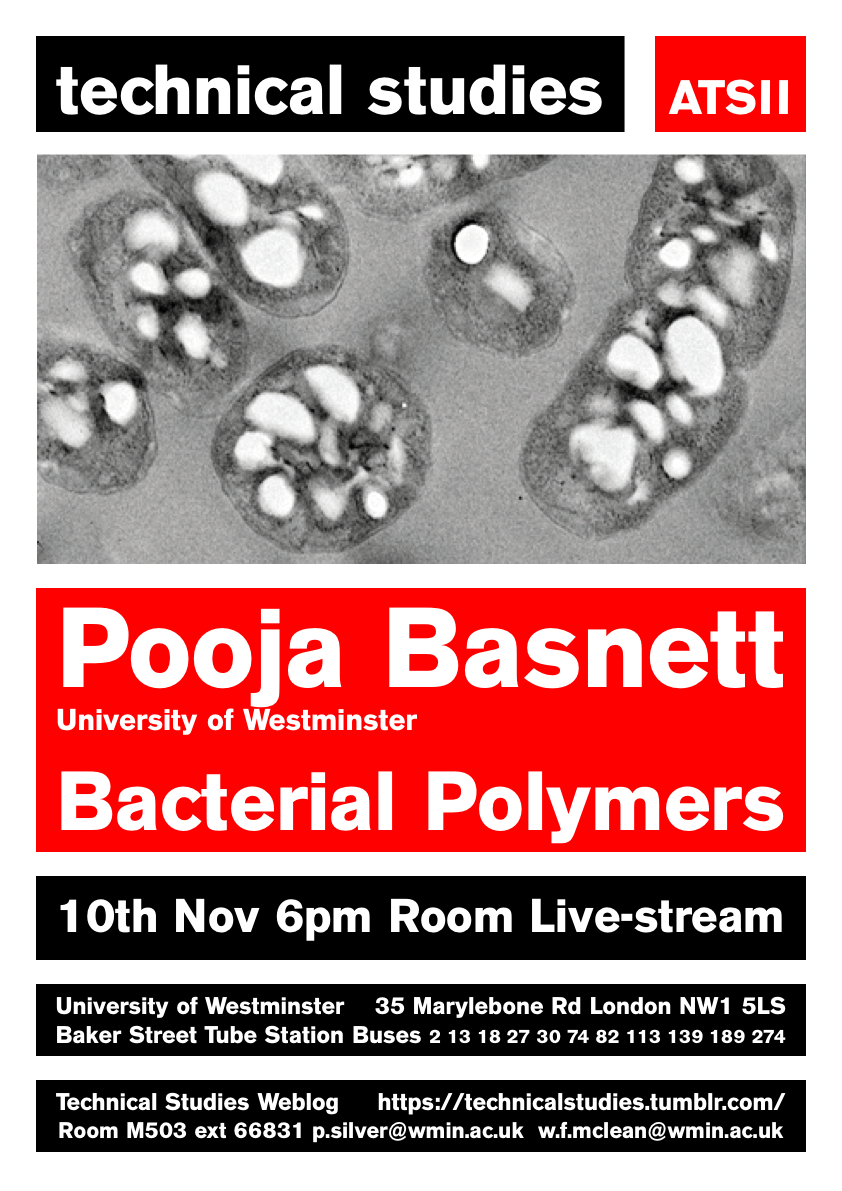 Where: ONLINE (Due to the London Underground strike action)

Dr. Pooja Basnett is a lecturer in Biological Sciences. She received a Cavendish scholarship from the University of Westminster to complete a PhD in Applied Biotechnology titled ‘Biosynthesis of Polyhydroxyalkanoates (PHAs) and their application in medical device development’. Following her PhD, she worked as a lead postdoc in the European Union-funded project – ReBioStent aimed at developing drug-eluting biodegradable stents. She also worked as a postdoc on other EU projects – NEURIMP which focused on the development of nerve conduits for peripheral nerve repair; POLYBIOSKIN – aimed at developing biocompatible and biodegradable skin contact products. She was also involved in an EPSRC funded project titled CYCLOPS which focused on the development of a wound healing patch with Artificial Intelligence (AI).

Pooja’s research focuses on the production of bioplastics using bacteria and their application in medicine – she is also exploring other potential uses. Basnett has worked on producing novel biopolymers such as polyhydroxyalkanoates (PHAs) via bacterial fermentation process using a range of waste streams. PHAs are naturally occurring biodegradable polymers and are a potential replacement for some petrochemical-based plastics.