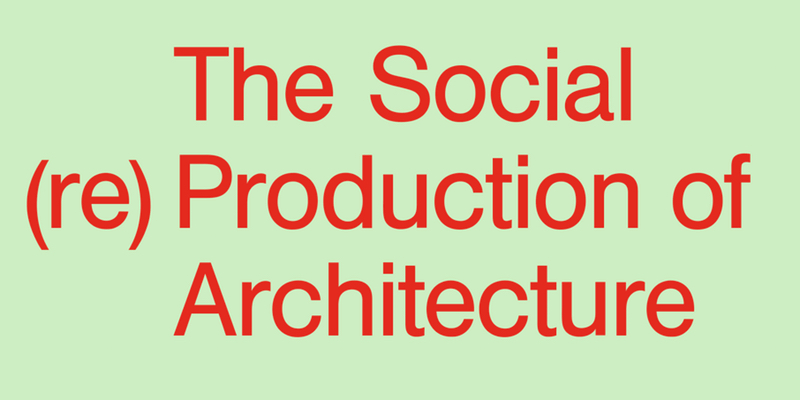 An evening symposium celebrating the launch of The Social (Re)Production of Architecture co-edited by Doina Petrescu and Kim Trogal will take place on Thursday, 1st March.

MArch DS22 studio leaders and tutors Yara Sharif and Nasser Golzari will present their contribution to the book followed by discussion.

RSVP: The event is free no RSVP is needed, however seats can be reserved via Eventbrite, doors open at 6.15PM

The Social (Re)Production of Architecture brings the debates of the ‘right to the city’ into today’s context of ecological, economic and social crises. Building on the 1970s’ discussions about the ‘production of space’, which French sociologist Henri Lefebvre considered a civic right, the authors question who has the right to make space, and explore the kinds of relations that are produced in the process. In the emerging post-capitalist era, this book addresses urgent social and ecological imperatives for change and opens up questions around architecture’s engagement with new forms of organisation and practice. The book asks what (new) kinds of ‘social’ can architecture (re)produce, and what kinds of politics, values and actions are needed.

The symposium will be followed by drinks.